Trinity Gates and Transit Stations
A+ A A- 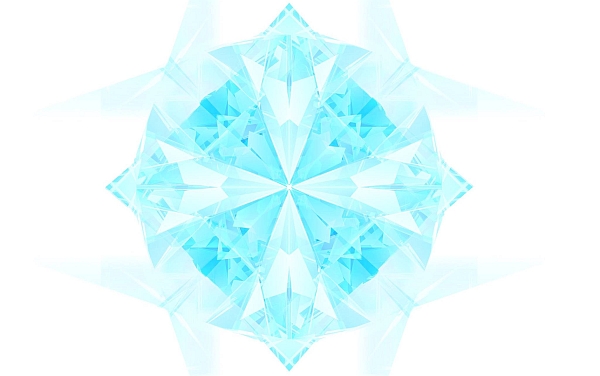 Recently, it has been made clear that there has been a Guardian and group mission to help restore access to the Trinity Gates, because these particular portals are the most easily accessible for the majority of the human race that have not spiritually activated their higher DNA or expanded their consciousness bodies during the Ascension Cycle. Many people that need safe passage when they drop their body at this time, are taken through Trinity Gates through the Aqua Portal, if they are not able to sustain higher frequencies. It can be dangerous to take them through a portal if they are not prepared for those higher frequency levels. Here in ES, we take many people through the Trinity Gates for safe passage, if they cannot sustain transit all the way to Aurora time continuum.

As has been described in the Consciousness Corridors newsletter (Cosmic Evolution Edict), there are multiple transit stations and exit points being prepared for everyone on this planet to have a better choice in the next cycle for their consciousness evolution. However, the majority of people at this time are not aware of this happening, and do not know how to prepare their consciousness for transition or passage into higher dimensions. As such, the Trinity Gates are to support this problem and as a result, they need gridwork and clearing to help support the maximum load out of people that are not able to cross over out of the astral plane or from the 3D earth plane, or are unable to move through other portals because their DNA is damaged or is under 4 connected strands. The Trinity Gates are designed for the majority of the population that currently exist at 3 DNA strands and below. Because of this trinity coding at 3 DNA strands, these gates can be accessed from the earth plane in 3D, making transit easier for some groups, either stuck in the earth from eons ago, or in current time. They are moved to a safe space where they can be briefed and supported to rebuild or repair DNA, that helps them progress to the higher dimensions and continue their spiritual evolution.

Over the past few months, many of us on the ascending path have been elevated out from 3D morphogenetic fields, thus, our consciousness body shifted to the next octave into the next Harmonic Universe. As a result our Lightbody is existing above the 3D earth body, even while we are inhabiting our body on the material plane. Because, there are not that many of us in numbers, relative to the overall human population, those of us that are Starseed Gridworkers have been working on special project mission to help restore Trinity gates, while bifurcation events and metagalactic Plasma influxes are occurring with the Paliadorian activations. This event has created some issues in bifurcation that dark entities have taken advantage over to control these gates and stop them from working as they need to. Essentially, a struggle to repair and maintain these gates is transpiring while they can take advantage of the current vulnerabilities or damage in the field. The NAA has attacked some of our people, as a way to get to others, such as myself, because they are very angry at us for using these Trinity Gates as portal access to route out soul groups. When we remove disincarnate people from the earth or astral, this is considered by them that we are stealing souls from them to harvest loosh, so they are very angry when we take assorted levels of people previously stuck in the earth fields through these portals.

Trinity Gates are required to be plugged into other gates in order to work effectively, such as what we refer to as Mother Arc Gates or Ark of the Covenant gates. They run off the Mother Arc Gates portal between planet earth and the Andromeda galaxy. To work with the Mother Arc gates and proficiently help to plug them into the Trinity Gates, 12 DNA strand activation of Diamond Sun christos template is required. Some of us have grid missions to use this with Guardian Krystal Star Hosting and thus we are capable to have access for this purpose here and our energy sessions that are supporting this particular mission. This allows us to connect with these gates and plug them into the Trinity gates, which allows soul families and groups of people leaving their body access to safe passage and transit with average DNA activation levels. This is relative for people that drop their body on earth in the current time, in the past or future timelines, providing they do not activate higher DNA imprints. The Mother Arc Gates or Polarian Gate goes directly to the Aurora time continuums, so that would be the major preference for most of us on the earth at this time.

For this reason, I am listing the Trinity gates here, so our spiritual  community is made aware of them. When you live close to a Trinity Gate, it is a vulnerability, because the dark forces are doing what they can to take control over them, stop their connector links to the Mother Arc Gateways and there is a fight over the passage of people leaving their body from the lower planes. They are really angry because they consider humans at the low DNA level as their personal property, and they will fight Guardians over the portal access. Personally, I worked on the Malibu Gate for a few years from 2004-2008, and have physically made it to New York, Castaglione, Italy and Hatshepsut Temple in Egypt to help support safe passage areas that are made available to the earth population on the lowest density planes or phantom areas.

Trinity Hub Gate is in Cornwall, United Kingdom, can be a connector portal for all other Trinity Gates and is also a Mother Arc Gate.

Recently, there has been gridwork focused to hold connector points for Trinity Gates in Cork, Ireland, Surrey, UK and Hatshepsut Temple, as well as a working on the Krystal Cathedral anchor in the Trinity Hub gate in Cornwall. Additionally Uluru, Bali, Seattle and Phoenix, because they act as the main portal links for some of the Trinity Gates.

Thank you and hoping that this information is a helpful reference as well as supportive to our earth gridwork, in comprehending why we may be working in some of these demographic areas.

There are intermediary Transit Stations on interdimensional planes with arrangements being made with other advanced star races to help support the shifting of the 3D and 4D collective levels of humanities vibrational consciousness on the earth. This is to support the necessary transition for both groups in physical 3D bodies and 4D Astral embodiments, especially once they have dropped their body on the earth in so to be able to move towards the next stage of their higher consciousness growth. Since we are in the Ascension Cycle, we are sharing a planetary holographic reality with a massive array of different spectrums of frequency and Consciousness levels. As a result, more alternatives are required to assist the levels of Collective Consciousness on the earth in so they can transit out of the 3D reality.

Rapid exposure to high frequencies are similar to the brain and nervous system being plugged into a socket with 1000 volts of wattage as the energetic current attempts to circuit in the electrical system of the human Lightbody. For a person that has not been prepared physically, mentally, emotionally or spiritually, to attune to rapidly escalating higher frequencies, this may have impacts to the body that can be devastating. This kind of high intensity spiritual-energetic activation, such as releasing Kundalini too quickly, can create Soul Fragmentation and mental body fragmentation when the Negative Ego and Pain Body has not been cleared or dismantled. The Guardians and those supporting the liberation of the earth through the Ascension process, do everything they can to minimize Fragmentation as this is already a massive problem for the people on the earth.

This is why various levels of stepped down realities that act as Transit Stations are being made available as contingencies. In order to accommodate the wide array of vibrational consciousness levels to the most safe spaces, the goal is to easily transit the person, earthbound souls or while in the death passage with the minimum of disruption or trauma. It is a spiritual fallacy to think when a person passes on that they are suddenly all knowing, wise or god omniscient. In the realms of the lower creation fields, such as the earth plane, whether a person is physically embodied or existing in the soul planes, when that person passes their body and their consciousness moves onto another plane, they take the consciousness vibration they have at that Station of Identity. Their overall aura vibration is based upon the quality of the genetic record that they are carrying from the accumulative energetic result of all of their actions, choices and experiences over time. The higher levels of consciousness are based upon the genetic integrity of the person, and the level of love and the light quotient they hold within their aura. If fear is the predominate vibrational quality of the aura, then the vibration of fear will become the total experience of the consciousness when the person passes their body. This is also true for addictions, as well as any other state of consciousness, we all take the consciousness that we have developed on to the next dimensional plane.

This is why it is wise to prepare ourselves spiritually while on the earth in order to align to our highest possible expression when its our time to transit.

Once a person is attuned and working with the 12D Shield daily, the Lightbody becomes aligned to the 12D Ray this starts to build the spiritual foundation for the Soul, Monad and Avatar bodies. See Ascension Stages. At a certain level of proficiency, one can utilize the 12D Shield as a Transit Gate Vortex, or a Shadow Gate. At certain times with our developed 12D Shield, it is possible we may help earthbound souls to transit out from the earth plane and be escorted to the Transit Stations, where they will undergo assistance and orientation.

In Connection You Are Powerful - Message From The Angels
Become a Patron!