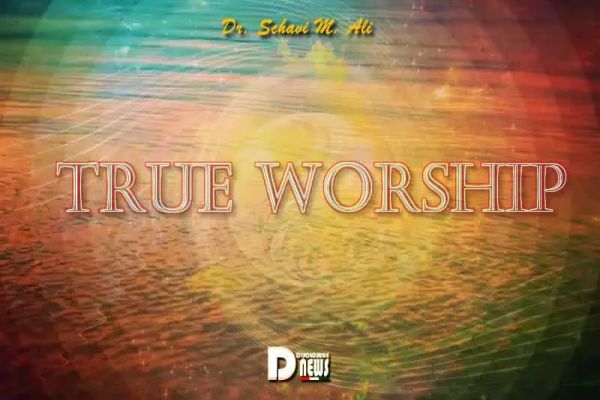 Worship of SOURCE/INFINITE PRESENCE/GREAT SPIRIT/ALLAH/AHURA MAZDA/GOD/GODESS, etc. is not just reciting a quick prayer over a meal or saying a brief prayer before getting in bed at night—although there are certainly times when in an emergency we call upon the Divine realms quickly and do not take time to set-up candles and incense, etc.

SOURCE can be petitioned in an instant when we need to do so.

However, spending longer time periods in prayer and meditation creates a DIVINE FORCE FIELD around us that protects us and that shields us at all times.

This is why bringing down a “Pillar of LIGHT” to envelop us is a significant ritual to perform each day by envisioning a swirling bright luminous sacred LIGHT moving into our crown and down below our feet encircling each part of us—arms, torso, legs—as we do so.

However, whatever our path is, we need to also often have relatively lengthy “consultation sessions” with SOURCE.

This is done via prayer, meditation, chanting mantras with malas (“Mantra Yoga”)—whatever rituals we are comfortable with performing.

We should also respect the paths of others and not be reluctant to engage in rituals with our friends.

If we truly believe that there is ONE SOURCE who has many, many Divine names, there should be no problem in “knocking on a different door” of the “Divine Throne Room” since we have all been provided with a golden key to it.

An ancient Chinese proverb that I have offered previously is worth repeating here: “There are many paths up the mountain, and when we get to the top, we all see the same Moon.”

However, there is a caveat here.

There are certain “systems” of worship that are definitely not advisable—such as those in particular places which cut off the heads of chickens and toss their blood around a room while shouting certain strange words or those which place people in a supposed trance or those which stick pins into a supposed depiction of someone to whom is wished harm.

These are evil practices, and those who engage in them are opening themselves to a horrible karmic consequence.

So, no; not every path allows us to connect with SOURCE FREQUENCY.

When I speak of ” true sacred paths,” I am focusing on the SOURCE-revealed sacred principles given to ancient Rishis (“Sages”), Prophets, Gurus, Acharyas, etc. delivered to them by Divine beings such as an “Avatar” (“One Who Descends”)—an aspect of SOURCE—and other aspects of SOURCE such as angelic beings like “Devas” and “Devis” (“Shining Ones”, “Lighted Beings”).

Angels and Archangels are also aspects of SOURCE—spiritual atomic frequencies that can take on form for specific needs of humanity.

Sri Krishna is an example of an “Avatar.”

He gave the royal Arjuna knowledge that can be found in the holy text BHAGAVAD GITA.

An “Avatar” is SOURCE who has taken on the form of a specific planetary realm to teach the righteous there and to vanquish evil.

Obviously, SOURCE took on the form of Sri Krishna on our planet.

Tehuti of Kemet was an “Avatar”, and the “Neteru” are “Divine Forces of Nature”—also angels.

It is believed that Kwan Yin was an “Avatar” who took the form of Moai Shan in the ninth century B.C.E. and who lived in a cave off of the coast of China and saved shipwrecked sailors.

Thus, she is as an aspect of the DIVINE MOTHER.

SOURCE has so many aspects that they cannot be counted.

Even particular human beings have powerful vibrational prayer energy that miracles can be done.

Some of these are the “Saints” like Paramahansa Yogananda of the Vedic tradition or Saint Therese of Liseaux of Christianity or Saint Jude also of Christian tradition.

Perhaps some readers will remember many decades ago the actor and singer, Danny Thomas, was a guest on the “Johnny Carson Show.”

At the time, Thomas was in financial trouble and had not worked in a long while.

As he spoke of his problems, he shed tears.

He had been praying to Saint Jude—a cousin of Yeshua Ha Messiah (“Jesus”)—who was called “The Patron Saint of Impossible Cases”.

Thomas made a promise that if he could be financially secure again, he would build a hospital for sick children that nobody would have to pay any expenses to for their child to be helped.

Before the show was over, calls came in from various Producers, and Thomas was again working and making a wealthy salary.

He built “Saint Jude Children’s Research Hospital”, and parents pay no fee for their child to be helped.

Children have been miraculously healed from catastrophic illnesses.

SOURCE has come to all people throughout the ages.

We call upon SOURCE with different languages and with various rituals.

Mankind has unfortunately at certain times in history tried to “organize” and “control” GOD and creation in such a way as to denigrate certain segments of humanity (such as when Africans were enslaved and brought to the so-called “New World” and they were as declared as not having Souls and as being only half a man).

False histories and mythological personalities have been placed within certain texts, and humanity has been made to think that such events actually happened and that particular people really existed.

The first slave ships were named “The Jesus Christ”, the “Virgin Mary”, and the “John the Baptist”.

Guess where the permission (“license”) to obtain a ship and go to Africa to get slaves first came from? The Vatican!

Before any reader opens his or eyes in shock and mouth in awe, I encourage you to study.

Most of humanity has gone along with untrue tales, and now the two subjects which cause the most heated debates on our planet are politics and religion.

All the while that the debates are occurring, people of all races are hungry around the world, without shelter, without proper clothing, in poor health, and lacking in the necessities that others take for granted.

This is why SOURCE LIGHT is so intense in the “Now”. Cleansing has to be done, and certain truths have to be faced—not denied—so that healing can occur.

So, spend quality time praying for our planet, for others, and then for yourself.

Set ambiance with candles (representative of DIVINE LIGHT and incense (symbolic of DIVINE BREATH) if you choose.

It is a soothing and healing session.

Whatever your path is, be diligent. Remember, nobody’s ancestry—nobody’s race— is “squeaky clean.”

There are people, however, who think that they are “better” than others and that they should “control” the world.

They have been allowed certain privileges that are denied to others. All of this is changing.

SOURCE is merciful, but SOURCE is not without rules and regulations for “ITS” creation.

Let us realize that we are all family.

SOURCE is so artistic to have made us in such an array of colors.

Enjoy the weekend as solar events ramp-up and further the LIGHT AND SOUND TRANSMISSION AND RECEPTION—our upgrading.

We have 3032 guests and no members online