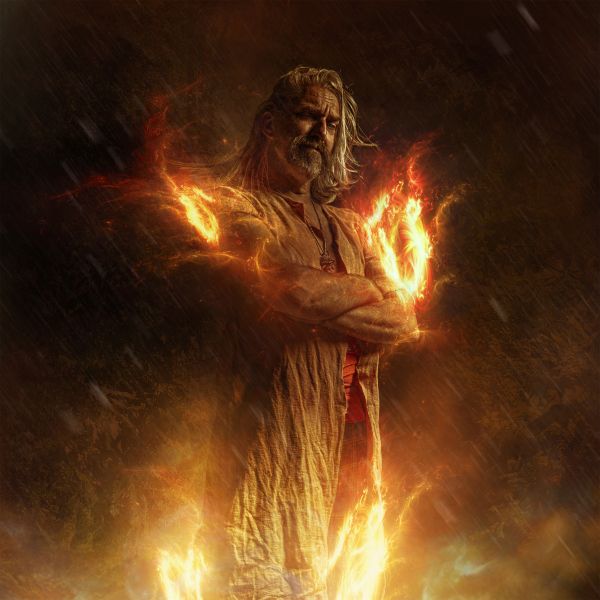 Six to seven million years ago, Source ratified a dark Experiment to test the power of love. Five dark creator gods had banded together to spearhead the Experiment, targeting to use force to take over the Universe.

Terms and conditions were agreed and a deadline was set for the expiry of the Experiment. All five of the dark creator gods are now known to us… Lucifer, an organizational genius we called Big Big Bad Ass and three who incarnated as humans within the current timeline. The expiry date was set for October 28, 2011; the date at which the expansion of the Universe ended and the slow collapse began.

I was one of the dark creator gods. My intention was to conduct the dark’s business in accordance with cosmic law but others saw things differently and the Experiment devolved into a free for all of sorts. Around 50,000 years ago, I renounced my dark affiliations and began working for the Light’s agenda, targeting to end the dark’s efforts to enslave and restore timelines based in serving the greater good.

All four of the other creator gods continued to support the experiment. Lucifer and Big Big Bad Ass remained as disembodied creator gods and part of the disclosure project’s work was to end their support and their influence within the existing timeline. This was supported by Source and as of a few months ago, neither Lucifer nor Big Big Bad Ass is able to negatively influence the existing timeline. Similarly, the two embodied as humans were also disempowered and removed from being able to influence or support the defunct experiment. Both are public figures and one is very well known and prominent; however, it is premature to name them. Both were recalcitrant and well protected and soul exchanges were required to eliminate the negative influences coming from their creator god souls. The embodiments remain dedicated to dark objectives but neither is able to continue as obstacles blocking full disclosure.

Other creator gods entered the Experiment on behalf of darkness. Two of the most influential were God and Ankara. God gained prominence through the Jewish, Christian and Islamic faiths. Although God is no longer able to influence things, these religions and their current leadership continue to create dysfunction and negative influences for large portions of humanity. Ankara created new civilizations based on reptilian sentience, specifically designed for aggression and combat. Around two million years ago, these civilizations became sufficiently technologically advanced to conquer other civilizations and take over their territory. Thus began the galactic wars. At first the reptilians were easily successful but a few established light based civilizations were able to resist their advances and a stalemate developed. The galactic wars ended in the late 1990s when Ankara surrendered to Light’s agenda and Ankara is now supporting full disclosure.

One of the most coveted resources targeted by the dark was humanity. Humanity was created during the Experiment by a group of Light based creator gods around 200,000 years ago. Humanity was created with the most advanced DNA created to that point in time. DNA that was designed to be capable of carrying higher levels of light than had ever previously been possible within a physical vessel. A ‘safe spot’ was chosen within the galaxy that could be protected from the dark Experiment so the new species could travel their evolutionary path and become a prototype for further evolutionary progress. All went according to plan until around 60,000 years ago when Ankara’s dark marauders overran this sector of space and took control of the solar system. That began the current human shared timeline controlled by dark forces.

Resources also entered the fray on behalf of the Light. Katelon was one of these. Both Katelon and I were there at the ratification over six million years ago. She argued with Source that the Experiment should never be ratified but was overruled. Immediately, she petitioned Source to incarnate on behalf of ending the Experiment. By her count she has had over 300,000 such lifetimes nearly all ending prematurely and often painfully.

Although time expired on the Experiment over a decade ago, support for the Experiment continued, including support from four of the five creator gods present at the ratification. This support was especially powerful here on Earth, the last sizeable stronghold of the dark. By now, each of these dark creator gods has been disempowered and the disclosure project was supported in officially ending the Experiment and ending the dark power source that had been created to level the playing field on behalf of the Experiment. We were then supported in calling in all affected parties such as the Earth, the Sun, the Solar System, the Galaxy, the Universe and all of Creation and confirmed with the help of Source that the dark Experiment was now officially ended and all were to return to the Source based timeline that preexisted the Experiment.

That timeline honours free will but has natural biases supporting Love based on individual sovereignty; the connection we all have to Source, including guidance should we choose to accept it.

Soon, full disclosure will happen here on Earth and the dark’s long reign supported by the Experiment will end.