Why 40 Hertz Is Considered Beginning Of 5D

We’re in the Middle of the Pole Shift 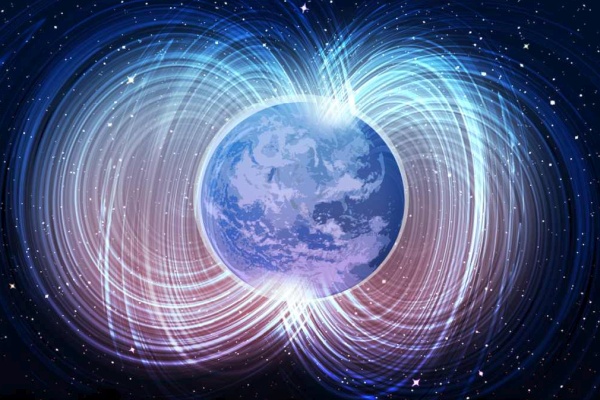 I wrote a few months ago that we are in the midst of the prophesied “pole shift.” Whether it’s a physical literal shift of north to south pole or not, it doesn’t matter. It’s the same thing ~ although what has turned our attention to this idea is the fact that the north pole is indeed migrating, and rapidly. This is the sign to alert people that we are full on into this process.

As I showed with a scientific drawing months ago, we are in the phase where there are multiple true norths. That means multiple truths. And when that is the case, there is emotional chaos and even physical chaos.

Everything’s turning around and flipping. We’re seeing this in the seasons, where seasonal patterns are becoming anomalous, for example. Truths are being revealed to be lies; what was once considered lies are turning out to be true. Peaceful people are becoming aggressive, and belligerent people are now turning to the calm within that comes from accessing the Divine. Caring is turning into control, and fundamentalism is morphing into cries for freedom.

Those of us who aware of this pole shift need to both ground within ourselves and stay supple, like beach balls floating on an ocean that’s riddled with tidal waves. You want to let the let the flow happen. Because if the poles shift fully, we will achieve a new dimension on earth.

The forces that want us to stay in 3D are trying to ride this razor’s edge, trying to hold the energies back just enough to keep them in the chaotic mode. Because the strife that comes with chaos and confusion feeds these energies, who knew they were taking a risk by having started this flipping to begin with.

What we can do is surrender to this migration of poles. We can let the chaos happen, not resist it. This supple allowing will let the flip eventually fully take place.

Do what actions you are being called or inspired to do, every single day. Ask. Check in. Clear whatever energies you don’t want in your mind/body/spirit. Ride the waves. Wear the crown. Stay wise, stay alert. Stay pure in whatever node you’re in right now. And keep talking to your highest level guides, the earth allies, and the star beings who are supporting us. Keep communicating, praying, asking, following through on the information you’re being given.

Stay in your heart. Activate your heart. That energy is going to move you beyond any linearity or linear idea of what needs to happen. The heart creates non-locality. And you can go through worm holes through your heart. You can create portals going through worm holes, and you can lead others. In this way you open a field of possibility that others can tune into, and it can stimulate them to move into this migration more and more, in a very organic way.

Don’t get distracted by the negativity, and how you’re feeling toward people, and this news and that news. Hear it and refocus on what you need to do. All of that confusion is meant to dishearten and depress us when we could have been creating a new portal that would help us move more rapidly into the opposite pole.

When the pole shifts from north to south, it creates an involution, and that’s when you move into the next dimension. It’s like a literal geometry, like a tube torus, but one that now enfolds and flips into another thing entirely. It may be challenging envisioning that level of geometry, but keep playing with that idea, because the more you play with it the more others can. That’s how it happens, in an organic way. Spirit workers are being put on notice to be aware and follow their imaginings in this regard.

You can also do this flipping within your own body, because your own body has a tube torus. Several months ago I wrote about keeping it steady. Now I am receiving that the more you play with morphing and flipping it, the more move into the new reality, the New Earth. And the more you awaken others to that reality.

Marguerite Rigoglioso, Ph.D., is the founding director of Seven Sisters Mystery School and a scholar/practitioner of the ancient Mediterranean mystery traditions. She is the author of The Cult of Divine Birth in Ancient Greece and Virgin Mother Goddesses of Antiquity, pioneering volumes emerging from her doctoral dissertation at the California Institute of Integral Studies that explore women's shamanic abilities in a (r)evolutionary new light. She teaches unique and leading-edge courses on the sacred feminine and women's spiritual leadership at the California Institute of Integral Studies, Sofia University (formerly Institute of Transpersonal Psychology), and Dominican University of California.
Source