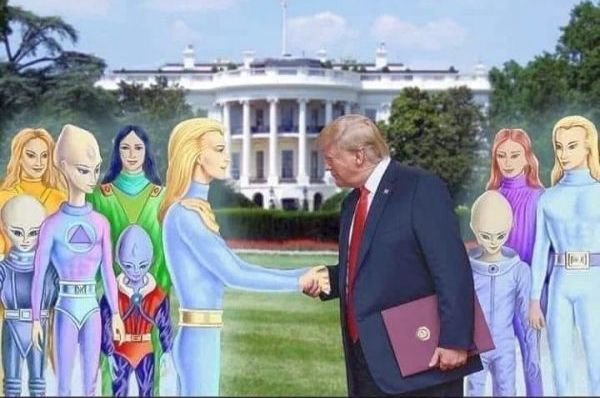 If you look back only a few years wow have things changed, this is because of the White hat takeover. They are assisting humanity bringing us to a shared timeline of Light.

The success of the White Hat takeover within the U.S Military was a key factor. Cosmic, Universal law was petitioned to help assist our species confidently trigger the shift in consciousnesses and role out a global shift towards a timeline of Light.

These top officials of the US military started to realize what was happening and decided to plan a takeover of this global Cabal who have destroyed our planet through their wars. The Trump administration was put in place by these White Hats at the top of the US military to take down this global scourge. Again, nothing is a coincidence. The placement of Donald Trump and his administration has been in the works for decades.

Basically, these White Hats gave their support to the resistance of this global Cabal. Hence, the extreme chaos playing out in the United States and the world stage. There was a secret military refusal to take orders to go to war with North Korea. Faced with an internal mutiny in the US military the Trump administration adamantly ordered them to stand down.

Cosmic law, Universal law was granted, and the United States attained additional resources to help in this takeover that will help direct humanity to a timeline of Light.

Time travelers have been put in place for this time in history and to help fulfill this White Hat takeover. They chose certain people that would be the most successful and have the most leverage to steer humanity to a successful shift to a timeline based in Light.

The White Hats firstly take over and infiltrate the ownership and the Director boards of these Dark hat run institutions. ET’s are a major part of this process including technologies so far advanced and available to any human institution, so resistance is futile.

Once the White Hat ownership and leadership is onboard it’s quite a simple matter to install positions of authority and power. Optics can be very important! Meaning, sometimes existing Dark Hats are being allowed to continue in appearance of being in charge during the day. When the shift is initiated, the White Hats will take action and take over for all to see.

The institutions that the White Hats are targeting are the worlds financial systems bringing in financial shifts that will defund this secret Dark government and begin implementing a Light based worldwide financial system. So, any organization that is supporting the existing Dark are being heavily targeted.

The media is another one and a key resource supporting this Dark agenda. Many of these media conglomerates are being heavily targeted. Hence, the harsh and truthful condemnation of the media from President Trump.

After this Light-based shift there will possibly be a war of words, an information battle between the Dark controlled media and the White Hat takeover media. But there will be no doubt the outcome of this battle. Even one media conglomerate being taken over by the White Hats and switching over to truth would be sufficient. At the time of the shift the White Hats will takeover all airwaves.

The human shift into the Light is also being targeted. Meaning, those who reneged on their promise or had doubts have been eliminated or replaced. Soon, very soon, humanity will witness the greatest shift ever imagined.

A shift from the current Dark timeline to a timeline of Light. This shift will be initiated by a Human team of politicians, media and financial people all supported by the White Hat takeover of several key institutions. Again, the takeover of the United States government and military by placing Donald Trump in position was a key White Hat take over.

At the time of the shift truth will be told to all and trumpeted worldwide the announcement of the White Hat takeover. Freedom for humanity and the liberation of our planet will be announced.

We have 1122 guests and no members online