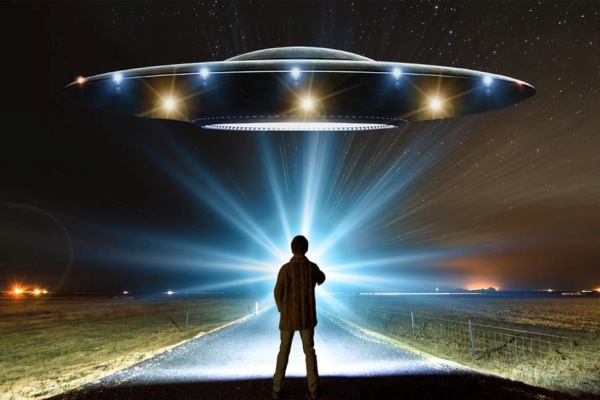 Whether You Know It Or Not, You’re Being Prepared For Contact With Extraterrestrials.

UFOs became mainstream in 2019, the next question is who’s manning them? The mainstream media, and the agencies that direct them, have hidden the truth about UFOs for decades and they finally changed their story on that this year. Given we had known UFOs were real for many decades prior, and that we also have known ETs are involved in this whole phenomenon, are we really going to wait many more decades for the mainstream to admit ETs are real too? Or are we going to start listening to what independent media has been saying for decades?

Humanity is preparing for contact on a mass level. This is a blunt truth but one that is undeniable when you look at how interested and hungry the masses are for content related to this subject. Some of the most-watched, read, and searched content on the internet, Netflix and YouTube all relate to ETs and UFOs. Sure, some might still be in the closet about it, but that’s changing QUICK!

But why has this been a secret for so long? The truth is, the biggest secret behind why ET and UFO disclosure has been suppressed is something that isn’t discussed all that much. We typically hear about things like technology suppression, specifically energy systems. How do these crafts get here? What propulsion systems do they use? These questions lead people towards the reality that the technologies of UFO craft ultimately would disrupt our fossil fuel energy oligarchy so much that it would also collapse our economies in some ways.

Of course, this would not be such a bad thing. Why? Because when you consider that this would mean having endless and ‘free’ energy, the cost for goods would drop dramatically. Not just that but, when you begin to examine the ease in creating systems based around abundance, it becomes incredible to consider what is truly possible.

An endless supply of food grown locally, everywhere! Endless energy, installed everywhere! Cars and building facilities do not create pollution. We could essentially live in a society built such that we do not need to be enslaved by money or debt because abundance would simply become a natural happening of a society built with abundant technology, that’s harmonious, in place.

We can all see the value of such disclosures, and the reason why this would be covered but. But there is something even deeper.

The question is if we know these technologies exist, and they are being suppressed. And if we know that whistleblowers and people have already reverse engineered or built these things, and not all have been killed or threatened, what is the reason why these things are held back? Why do we still deny these realities en masse?

The truth is, it comes down to consciousness. We’ve been saying this since the inception of CE in 2009: solutions are there, but they won’t come until humanity is ready. What does this ACTUALLY mean to be ready? It means growing up enough as a race, that we can actually be responsible for what it is we will have access to. Not just that, but to be able to say we have ‘graduated’ in a sense, to say we are beyond our old ways.

While that sounds like a loaded few sentences, and they are in a sense, all that is really being said here is, humanity has been stuck in a cycle of experience where we continually see everything and everyone as separate from us. We are individuals, living out our identities and lives and we are simply here to survive. We believe the limiting ideas of what our reality is and should be and thus we create that reality consciously. Our collective belief about how our world should be is directly tied to what actually happens.

But there is this feeling deep within us at this time, and I know you feel it, where we are beginning to deeply question our ways. How we treat one another, our political systems, the elite manipulation and control that exists, the existential reality of who we are, and how we are truly just consciousness, all connected. These deep questions are asking us to explore who we truly are and why we are truly here. And many of us are doing so. This is beginning to create instability and change in our system because the consciousness that holds up our old world, is beginning to crack, and a new one is emerging.

WE are preparing ourselves for contact. This is not happening through someone else, it’s a collective phenomenon that is simply the next stage of humanity’s journey. As our consciousness continues to shift, through us truly doing our own questioning, changing our own patterns, habits, thoughts, and actions, we will begin to truly create the solutions necessary to create a world where we can thrive. And disclosure of technologies will come forth. It comes down to US having to do this work, not governments, not someone else coming to save us. It’s about creating an entire populace with the mentality of truly being empowered and self-responsible, as opposed to needed governance and feeling helpless.

This is why the greatest reason why ET reality is so suppressed comes down to consciousness because with an introduction to ET life, comes an entire myriad of experience we have not been exposed to.

Photo credit currently unknown for this exquisite creator and visionary.