The Yahyel: An ET Race

The Yahyel: An ET Race 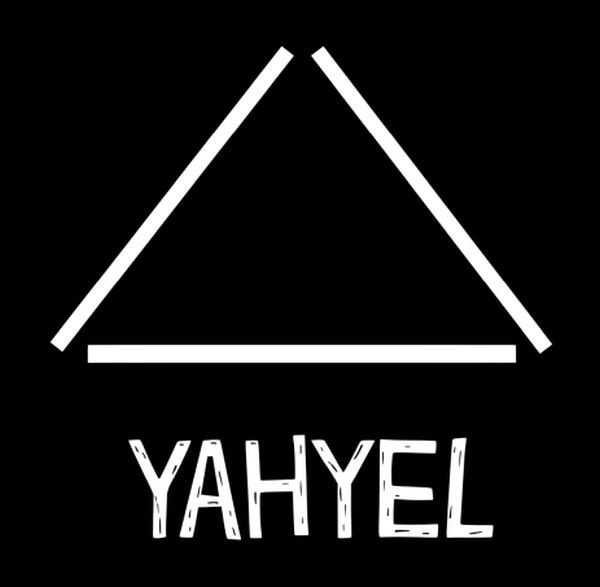 According to E.T. lore, the Yahyel are friendly extraterrestrials that claim to be descended from the Lyran family of races in the cosmos that resemble humans. They are very interested in our species.

In reality, the Yahyel are probably the best-known group of alleged extraterrestrials who connect with Earth and show affection for humans. They want to be the first to publicly reveal themselves as our galactic cousins in front of all Earthly cultures. Since humans are one of the many races in the universe, according to this alien lore, that descended from the Lyra constellation, they are all related genetically. 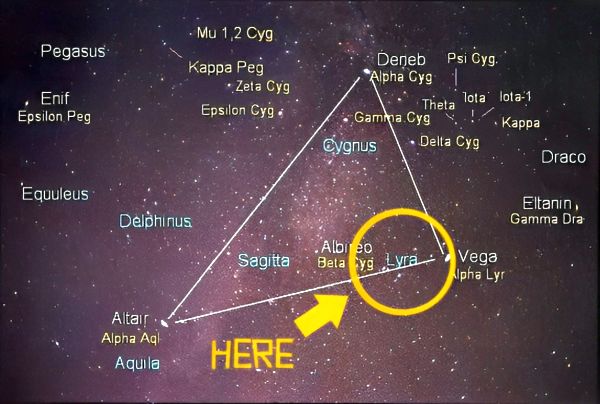 According to this E.T. lore, this is where human DNA comes from.

However, the Yahyel are not insanely ancient like other alien races such as the Arcturians or the Syrians but are still part of the same intergalactic family. It’s fascinating to note where their great love and obsession with humanity stems from because they consider human beings to be their creators and parents. This is because our DNA was used to create them and is the majority of their hybrid genetic code. In Yahyel E.T. lore, the Earth human template is one of the most versatile and adaptive races in the universe (which is apparently why aliens love our DNA so much and like to abduct us).

The appearance of Yahyel aliens is very similar to humans because they’re a hybrid of us, but still visually distinct from us. They vary in appearance significantly just like people on Earth with different shades of skin, eye color, ext. They’re a very graceful race, with every movement smooth and purposeful. The Yahyel’s most notable difference from humans in their appearance is their large, vibrant eyes with huge pupils that vary in unique abstract colors. Though they are naturally shorter than humans with smaller ears, thinner lips, and only four toes, but are the most humanlike in physical appearance other than another alien race known as the Pleiadians. 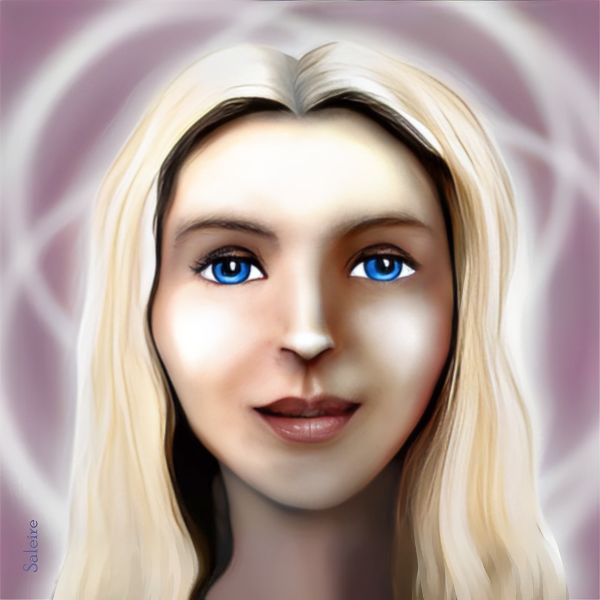 Though Yahyel are very similar to humans in appearance, the distinction is still apparent.

Now, just why human DNA was taken to make them, and the reason they are openly in the galactic community and not humans is not known. And just how exactly did a younger race than humans become more technologically advanced by a ridiculous scale? Well, according to some, it’s because of the karmic shockwave from the fall of Atlantis and a large part of humanity betraying the other Lyran races by willingly serving the conquest obsessed Reptilians. Apparently, Earth is analogous to being in quarantine and at the center of an intergalactic cold war. This is pretty fascinating to think about as to why aliens do not openly engage with humans of Earth. We’re in some sort of dark age regression and suffering from not only technological loss but spiritual consequences as well. The human failure that caused the fall of Atlantis allegedly stained humanity’s karmic Earthy incarnations ever since. Our advanced interstellar civilization collapsing into a primitive world.

The Yahyel hold none of that dark history against humans though, as well as all the other Lyran races. They all wish to one day welcome us back amongst the stars when we’ve finally overcome our darkness. It’s theorized the Yahyel simply never fell from grace as humanity did, and this is why they are so much more advanced than their parent species, us humans.

The fall of Atlantis

The Yahyel have a healthy balanced relationship with their technology. Never allowing it to damage their home worlds or the well being of the population. Pregnancy in Yahyel women is basically the same as humans, lasting around 7-8 months. In Yahyel society, they eat, sleep, dream, and value life and the present moment together. They rarely engage in delights life has to offer alone. This E.T. race lives on two planets similar to Earth but has never shared their names or location in the cosmos with contactees. Though they have said their home worlds are quite close in interstellar travel to Earth.

The Yahyel value harmony, balance, and inner peace as the driving cultural influence behind their civilization. One of their greatest desires is for humanity to remember who they are and the heights of achievement we’ve risen to in our beyond ancient past. When they finally make open relations with us on Earth, they will share their history, our forgotten history, where we come from, and how we got there. The Yahyel want to be the ones to teach us timeless knowledge about the universe and help guide us in taking our first steps back into the stars.

Apparently, humankind’s time of quarantine is almost up, and our karmic debt paid. For the first time in human history since the days before the fall of humanity’s once-grand civilization, our species is once again ascending beyond our primitive nature. The Yahyel were given permission to reveal themselves to humans in an attempt to gauge our reactions back on March 13, 1997. One of the largest UFO sightings in history took place when the Yahyel flew their V-shaped spacecraft over several American cities, including Phoenix Arizona. Thousands of people witnessed the Yahyel UFOs with myriad verbal testimonies as well as video and photo evidence easily available to view by anyone who searches for it. This encounter would be known as the Phoenix Lights. 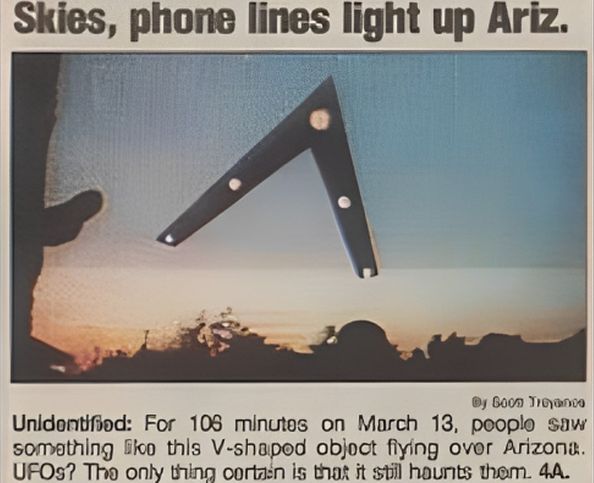 The Yahyel concluded that humans were not ready for open contact with them based on the reactions the populace had from their visit, and the threat governments pose to their own people if they were to globally reveal themselves in the current time. They do not want to be the spark that sets off an inferno of tyranny. So, now they’re taking their time. Visiting in nonthreatening UFO reveals and contacting humans not only in face to face encounters, but through channeling, dreams, meditation, and visions. They need enlightened higher humans to guide the others not only in subtle ways but in overt displays of cultural change as well. Such as equal rights for all, and the reining in of the oppressive global elite.

They will reveal themselves slowly to the masses until we’re comfortable with the idea of their existence, and the reality of extraterrestrial races of the cosmos in general. Once humanity is ready, they plan to land and begin teaching their cosmic family members the first steps into becoming an advanced civilization capable of hopping star systems like jumping off a sidewalk curb. The Yahyel will introduce us back into the fold of intergalactic politics, our E.T. Lyran family members, and the nature of our multidimensional existence.

The Yahyel are on a technological scale beyond human comprehension. Able to traverse on a multi-dimensional level. As such they could be hovering right above a heavily populated city, but be completely invisible to the human eye. However, they are not only FAR more technologically advanced than us, but they are also more mentally, and spiritually advanced as well (being a race that never fell into a dark age and lost all its technology and all). As such they have telepathic abilities, and it’s easy for them to pick up on our mental callings. This allows many Yahyel diplomats and teachers to interact with humans who possess enough awareness and have achieved a quiet and disciplined mind.

The Yahyel symbol is an unconnected triangle at each end to symbolize their incompleteness without a relationship to their parent race of humans. When formal ties are solidified between our two species, they plan to connect the triangle, once again making it whole. Until that time, the unconnected triangle is used as their race’s flag of sorts. The symbol of their civilization. Allegedly the broken triangle can be used as a conductor during meditation through visualization to gain their attention. Focusing on this symbol is a way to gain the awareness of the Yahyel’s connected unconscious, and possibly receive guidance from an actual alien. As long as the human is in a deep state of mind, and on a high enough vibration (AKA enlightened mind and healthy body) a Yahyel may very well come into that human’s sphere of awareness.

Cryptic Chronicles aims to present everything about the unexplained mysteries of existence. Truth is stranger than fiction and there is no objective reality. This can cover a variety of topics spanning many different categories including the paranormal, quantum physics, cryptic history or stories in general, spirituality, esotericism, legends/myths, conspiracy theories, philosophy, and of course the UFO phenomenon. Cryptic Chronicles is here to bring beautiful creativity into the world with profound mind-expanding knowledge and to scratch that itch many seekers have for the mysterious. Since we all get more joy out of giving joy to others, We put a good deal of thought into the happiness that you are able to receive from our cryptic content. Check out the YouTube channel and articles as well as the podcast and follow us on social media. Now sit back relax and enjoy the Cryptic Chronicles….