Icelandic Elves: Is There Reason to Believe?

Icelandic Elves: Is There Reason to Believe? 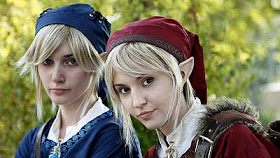 The belief in elves in Iceland isn’t talked about amongst the people, but if privately polled, a great deal of them believe. The elves are supposedly associated with the Celtic origins of the people and adapted to their rocky surroundings. In fact, people believed the elves lived in rocky caves and rock outcroppings and in gardens that contain a lot of stones. It is for this reason that they’re hesitant to plow down earth and rock for roadways and new construction. A roadway had even been averted to avoid bothering the homeland of elves. Apparently, efforts to break a large rock for a roadway was met with equipment breaking down constantly. They finally gave up and left it.

The country even has mystics and elf communicators when the locals need permission or access to new areas. Such a concept seems quite strange, but remember that in America we have people who burn sage, bless homes, and regularly communicate with the dead through psychics. We also have those who believe they communicate regularly with aliens and ghosts. There are whole industries based on this, i.e. “Ghost Hunters” and “Miss Cleo.” One such Icelandic psychic said, “I think elves want people to preserve nature.” That’s the kind of message I want to hear.

When you look at the creation of folklore such as elves, you have to look at it within the context of the surroundings. For instance, the Christian Church uses tote-ism (eating flesh/drinking blood) which was a pagan practice. When a new religion was begun, it took elements from what had been and adapted it. Should people from Celtic lands have elves, they can enter Icelandic mythology but be adapted to the surroundings. This is a country that is extremely beautiful and bleak and yet dynamic. There is seismic activity, hot springs, geysers, and volcanoes, in a mix that can only be called “potent” for phenomenon.

Wikipedia describes the geology of Iceland as,“unique and of particular interest to geologists. Iceland lies on the geologic rift between the Eurasian plate and the North American plate. It also lies above a hotspot, the Iceland plume, which is believed to have caused the formation of Iceland itself. The result is an island of volcanism and geothermal phenomena such as geysers. Because of the special geological situation in Iceland, the high concentration of volcanoes and geothermal energy are very often used for heating and production of electricity.”

Imagine that power? Imagine those dynamics of being where two tectonic plates meet? Imagine the volcanic and seismic activity? I like to look for things within their context. Repeatedly, the Icelanders associate elves with rocks. The very rocks from a volcanic, dynamic environment are attributed with magical beings.

What do you think? Is it entirely possible that living in a place with so much Earth activity, electrical interruptions, equipment breakdown, and other strange phenomenon could be associated with the geology of the area? Then, with these things occurring and the people taking note of an extensively rocky environment, blame it on something hiding in the rocks.

Yes, something hiding in the rocks…

I’ve talked about the geology of haunted sites and whether the Earth itself creates phenomenon such as spooklights and strange occurrences like seen in the Romanian forest on the season opener of “Destination Truth” where the man appeared to be thrown. The case of Iceland and its elves seems to be a natural and expected folklore. In fact, where you hear ghost stories and you hear strange phenomenon and elemental creatures spoken of, you might be encountering a combination that’s got some truth to it.

It could certainly be that the sense of “something being in the rocks” is a very astute reaction by people who grew up in this dynamic terrain and have felt this presence and witnessed strange “Earth nightmares,” and have created a folklore to explain it. In the context of where they live, the elves in the rocks story is a perfectly logical explanation in order to continue to live in such dynamics and unpredictability.

Hey, in America, we say there are giants in our woods, why can’t Iceland have remarkable little beings hiding amongst the rock outcroppings.