Sleep Hypnosis for Mind, Body & Soul Cleansing
A+ A A-

How Belief Can Drive Recovery 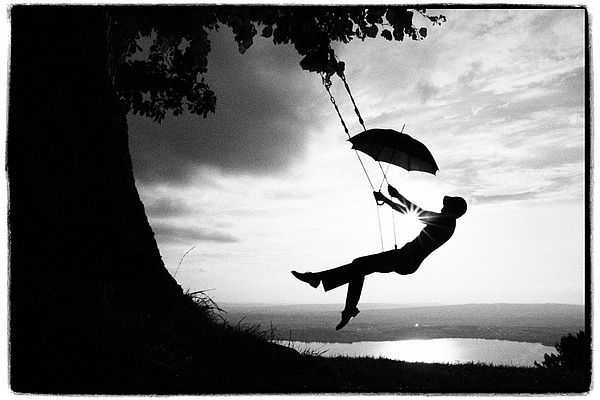 When I worked in the pharmaceutical industry, the placebo effect was frequently dismissed as ‘all in the mind’ or ‘psychosomatic’. It wasn’t a real improvement, it was believed, merely that people ‘think’ they’re feeling better.

This was conventional wisdom at that time and is still a widely held belief today. When a mother kisses a scrape or graze on their child’s knee, the pain seems to reduce. Sometimes, an adult will feel better once they arrive to see the doctor. We tend not to imagine that some physical change in the brain has actually caused the improvements.

The truth is, physical changes do occur in the brain and they are caused by what the person believes or expects will happen.

Take research into what is known as placebo analgesia, for example, the reduction in pain that occurs when a person receives a placebo that they believe is a real painkiller. The analgesia occurs because the person’s brain produces its own painkillers. They don’t just ‘think’ they’re feeling less pain. They actually DO feel less pain.

A similar kind of thing has been observed with research into Parkinson’s Disease. Fabrizio Benedetti, a neuroscientist at the University of Turin School of medicine and who runs the most advanced placebo research lab in the world, identified production of dopamine in the brain of Parkinson’s patients who received placebo injections.

He even measured activation of individual neurons that fired according to the how much placebo they’d received. The net gain in movement and reduction in tremors wasn’t just ‘all in the mind’ of the patients, nor did the patients just think they could move better but really they couldn’t. The improvements were real and they were due to real physical changes in the brain driven by what the patients believed or expected would happen.

In another of Benedetti’s experiments, he enlisted volunteers to receive an injection of capsaicin (aka chilli peppers) into their hands or feet. The volunteers thought they were participating in a trial of a new and powerful local anaesthetic, but the anaesthetic was really a placebo. They had the placebo cream applied to one of their hands or feet but not to the other and then the chilli pepper was injected into both. So, they might have the cream applied to the left hand but not the right, but the chilli pepper would be injected into both hands so that a comparison could be made.

In other words, the person expected to have no pain in one specific region of their hand or foot and, as a consequence, endogenous opioids were produced in the necessary region of the brain required to deliver that precise result. As Benedetti noted, the entire brain was not flooded with endogenous opioids, only the specific region governing the hand or foot that had the placebo applied. In some ways, the human mind acts with surgical precision.

Perhaps we should rebrand the placebo effect as ‘The specific impact of expectation or belief on the brain and body’ … or maybe that’s a bit of a mouthful and ‘placebo effect’ is just easier. The point is that the word placebo, for many, conjures up the idea that nothing is actually happening, that improvements really are just ‘all in the mind’. But that is simply not so.

Expectation or belief produces real changes in the brain and body, often consistent with what the person expects or believes will happen, and these changes drive physical effects throughout the body.

Of course, there are limits and we shouldn’t automatically think that belief will instantly cure disease. It is wise to follow medical advice. But as more research is undertaken into the placebo effect, we’re learning that some systems of the body previously thought inaccessible to the placebo effect are accessible after all. It just takes a little longer.

Researchers have shown that placebos can be used to suppress the immune system, for example, and an active line of research is ongoing into PCDR – or Placebo Controlled Dose Reduction – where a dose of a drug is gradually lowered and replaced by a placebo over a number of days. It’s called conditioning,

The patients get a result each time they take their meds. As the mental association between taking the drug and the result strengthens, some of the drug can be replaced by a placebo and the patient’s growing conditioned belief compensates by generating its own physical effects.

Scientists believe this might be helpful for patients who take immunosuppressant drugs, like organ transplant patients and even those who have particular autoimmune disorders. The reduction in volume of drug required as it is gradually replaced by a placebo would surely be a cost saver for society and that money could be put to other uses. And perhaps side effects would be minimised.

We are living in an exciting time for placebo research and for research into the broader mind-body connection. We’re now learning that the contents of our minds can deliver real consequences in the body.

The skill for harnessing the effect, perhaps, is in believing that this is actually true and also learning to be more in control of the contents of our minds.

This article is based on Chapter 2 (The Power of Believing) of, ‘How Your Mind Can Heal Your Body‘, by David R Hamilton, PhD. All references are listed at the back of the book.