Tips For Entering This New Cycle Of 2019 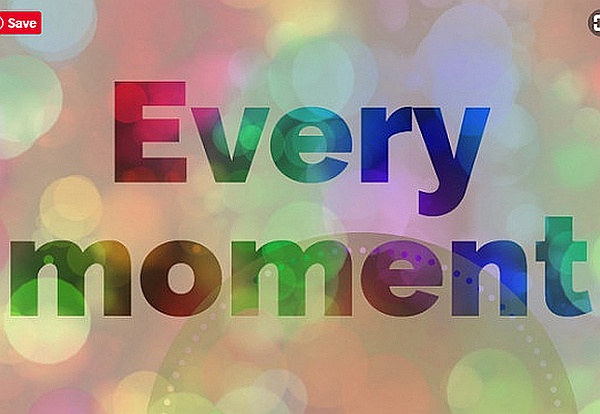 It's Just A Series Of Moments!

Each new cycle celebrated as a new year; ultimately represents the passing of one moment to the next. This passing of one year to the next are but moments. Why is it that we don’t view it as a moment?  Unlike this 365 days cycle which appears to be more obviously measurable, a moment is experienced as a continuum for us, (not broken up into minutes, days weeks and months…although it is) uncelebrated and unnoticed, yet it is also calculable.  (it is measurable as we engage with reality through our interpretation and our relationship with the phenomena of time) We roll from one moment into the next taking with us the same thoughts, beliefs, and expressions into each next moment. Although this 365 days cycle is made up of moments, each moment is new. Below are a few quotes that explore the calculation of a moment

Mike Bradshaw, Ormskirk, Lancs
"At last, a question to which a precise answer can be given! In the middle ages, an hour was considered to be made up of 40 minutes, with each minute divided into 40 moments. Disregarding the elastic notions of time then prevailing, and allowing 3,600 modern seconds to the hour, that gives us 90 seconds to each minute. These minutes would contain 40 moments of precisely 2.25 seconds each."

Alan Rooks, Blaby, Leicester
"Time itself being quantized the smallest possible duration in terms of being able to detect something happening before or after something else is the Planck time, 10 to the power of 43 seconds give or take a (very small) bit. But don't blink or you'll miss billions of them."

Popular Mechanic
"The Persian scholar Al-Biruni first used the term "second" around 1000. He defined it—as well as the day, hour, and minute—as fractions according to the lunar cycle. The first mechanical clocks to mark the second appeared in the 1500s, and in 1644 French mathematician Marin Mersenne used a pendulum to define the second for the first time, leading to the international adoption of grandfather clocks by the end of the 17th century. In the 19th century, scientific institutions worked to define the second in astronomical terms, and in the 1940s an international agreement defined the second as 1⁄86,400 of a mean solar day.

It was in the 1950s, however, that researchers recognized the Earth's rotation is not consistent enough to provide a standard unit of time. Instead, the second was redefined according to the length of a year, and officially became the fraction 1⁄31,556,925.9747 of the year 1900. The definition would not endure.

Around the same time, the first accurate atomic clocks were being developed that used cesium. Finally, here was a natural phenomenon precise and consistent enough to define a second. In 1967, the Thirteenth General Conference of the International Committee for Weights and Measures officially defined the second as "the duration of 9,192,631,770 periods of the radiation corresponding to the transition between the two hyperfine levels of the ground state of the cesium-133 atom." And that has remained the official definition ever since."

To examine more closely these passing moments in one's life can greatly interrupt the hypnosis under which you/we experience life on this plane.

What can you do differently in the coming cycle?

Wishing you a wonderful journey into the new cycle! Happy New Year to you!

©2018 Sonia Barrett Source
Sonia Barrett is known for her cutting edge insights with much of it supported by quantum physics. Theoretical Physicist Dr. Amit Goswami refers to her as a true mystic. Her work bridges the gap between science and spirituality in a simplified format. She addresses the programming, beliefs and concepts by which we have lived our lives both individually and collectively.
Image by CrystalWind.ca
CrystalWind.ca is free to access and use.
Please donate a small gift of $11.11 or $22.22 or $33.33.
Thank you!
ॐ Namasté - Blessings!

The Creator - Embrace The Joy
Become a Patron!