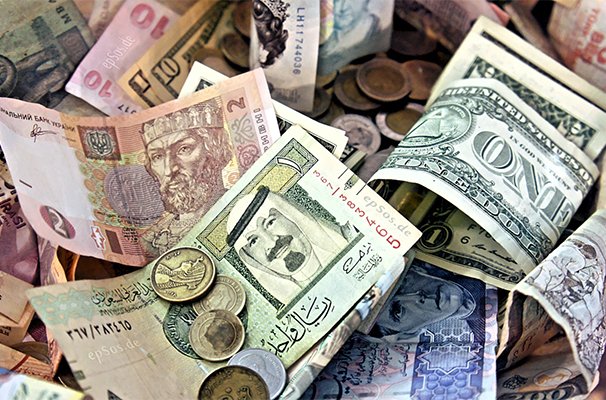 Hi and welcome to my channel Esoteric Knowledge. I am Pao, the living man who is peaceable and spiritual and has natural rights. We all use money in one form or another. However, most of us do not know what money really is. So today, I am going to take you on a short journey to explore what money is. Let us begin our journey.

For the love of money is a root of all kinds of evil, for which some have strayed from the faith in their greediness, and pierced themselves through with many sorrows. [1 Timothy 6:10 (NKJV)]

Before I explain what money is on a deeper level, we need to first explore and study the common definitions of the word money. This exploration will help us find other important words to decipher, allowing us to uncover important information to help us understand what money is on an esoteric level.

The word money is defined by BusinessDictionary.com using these exact words: "Anything of value that serves as a (1) generally accepted medium of financial exchange, (2) legal tender for repayment of debt, (3) standard of value, (4) unit of accounting measure, and (5) means to save or store purchasing power" (bold emphasis added). OxfordDictionaries.com defines the word money using these exact words: "A current medium of exchange in the form of coins and banknotes; coins and banknotes collectively" (bold emphasis added).

Coined money and such banknotes or other paper money as are authorized by law and do in fact circulate from hand to hand as the medium of exchange. [Bold emphasis added]

Keep in mind that almost all the definitions thus far in this video have the word medium. This word is defined by Dictionary.com as, "an intervening agency, means, or instrument by which something is conveyed or accomplished" or "a person through whom the spirits of the dead are alleged to be able to contact the living" (bold emphasis added).

When you really think about it, money is the medium that is used by the living and the dead to do business with each other. The dead is made of "corporations" which can be written as "corps". Phonetically, the word corps is corpse, meaning "a dead body".

The "dead" side of money is "debt" which is phonetically "dead"; the "living" side of money is "currency". All men and women have the power to produce "electric current" (flow of electrical energy) in their bodies; therefore, they are the true creditors. On the other hand, corporations (e.g., banks and governments) are corps/corpses and therefore are the true debtors ("deadors"). Can the dead, such as a corporation (corp/corpse), be the creditor of anything? NO!

To innerstand what money (currency) is on a deeper level, you need to use the art of homophone to decipher the word currency. The word homophone means "a word pronounced the same as another but differing in meaning, whether spelled the same way or not, as heir and air." When spoken aloud, the word "currency" sounds similar to the phrase "current sea".

As a noun, the word current is defined by Dictionary.com as "a flowing; flow, as of a river" or "something that flows, as a stream". It can also mean "electric current". What does a "current" do in a river? It flows or runs to the "sea". As currents flow in a river, they cause the fresh water of the river to run to the sea. Once the fresh water is in the sea, its currents are now part of the "current sea", meaning “current of the sea”. Hence the word "currency", which is phonetically "current sea".

The word "currency" also sounds similar to the phrase "current chi". In Chinese, the word chi (qi) means "life force", or "energy flow". Based on the definitions thus far in this video, the word currency esoterically means "flow of life force energy". In other words, currency is a medium for exchanging or transferring life force energy. Corporations (corps/corpses) cannot produce life force energy, so they need the medium called money to transfer your life force energy to them, allowing them to use currency to discharge or charge their debt/dead.

The next word we need to explore and study is sea. According to Dictionary.com, the word sea means "the salt waters that cover the greater part of the earth's surface" (bold emphasis added). Keep in mind that salt water conducts electricity better than fresh water. Because of this, salt water can generate more electric current to produce "currency" or "current sea". In astronomy, the word sea means "mare". The word mare is defined by the same online dictionary as, "any of the several large, dark plains on the moon and Mars" (bold emphasis added).

The words "sea" and "moon" are, in some ways, related because the moon's position in space affects the ocean tides. According to PhysicalGeography.net, "[a]n ocean tide refers to the cyclic rise and fall of seawater" (bold emphasis added). The word tide is defined by Dictionary.com as, "the inflow, outflow, or current of water at any given place resulting from the waves of tides" (bold emphasis added).

To connect the dots, the moon has the power to affect ocean tides, which are made of seawater. Ocean tides contain currents, which are important for transporting nutrients and energy. Currents allow energy to flow in water, giving water the power to support life. In banks, these "currents" are represented by money or currency. Banks regulate "currency" and the moon regulates "current sea". The "currency" of the "sea" is "money", which is phonetically "mooney". Remember, the moon has the power to affect currents and therefore can control or regulate the "current of the sea" (currency/current sea).

In the Bible verse 1 Timothy 6:10 (KJV), it says, "For the love of money is the root of all evil ... ." The word that we need to investigate in the Bible verse thereof is love. The word love is defined by Lexico.com as, "An intense feeling of deep affection". When the word love is spelled backward, it transforms into the word evol. When spoken aloud, "evol" sounds very similar to "evil". In other words, it is the love of money that is the root of all evil (evol), not the money itself. Money, like any tool, can be used for good or evil.

In the beginning of this video, I said that "money is a measurement of choices. Every time you use money to buy something, you are making a choice and telling the universe that you support that choice". In a way, a choice is a vote, meaning "a formal expression of opinion or choice, either positive or negative, made by an individual or body of individuals". The universe does not favor a positive choice over a negative choice. If you keep making negative choices, the universe will keep manifesting negative experiences into your life.

If you want to change the world for the better and create a better environment for mankind, one of the most effective ways to achieve this is to make better choices by buying products and paying for services that respect life, prosperity, freedom, and peace. When enough men and women do this, the universe will manifest a world filled with life, prosperity, freedom, and peace. Remember, money is a measurement of choices. Every choice you make affects your reality and the collective reality of mankind, so please pay attention to your choices and use money wisely.

Thank you for watching my video. If you enjoyed my video, please support me by subscribing to my channel. You can also support me by becoming a member of EsotericKnowledge.me.

For more information related to this article/video, subscribe to my YouTube channel, follow my Facebook page, and read my enlightening book Word Magic. Furthermore, become a member of EsotericKnowledge.me so you can access the private articles. All members of EsotericKnowledge.me have access to the private articles, letter templates, and esoteric books that teach them about spiritual freedom, sovereignty, and well-being.

Repost Agreement: This article/video (What Is Money? The Secret and Esoteric Meaning of Money) may be reposted on other websites, as long as the author's name and a clickable hyperlink to EsotericKnowledge.me are included in said article/video. Please be aware that you are not allowed to modify the words and links of the article/video thereof, except to correct spelling and grammatical errors.

We have 1682 guests and no members online