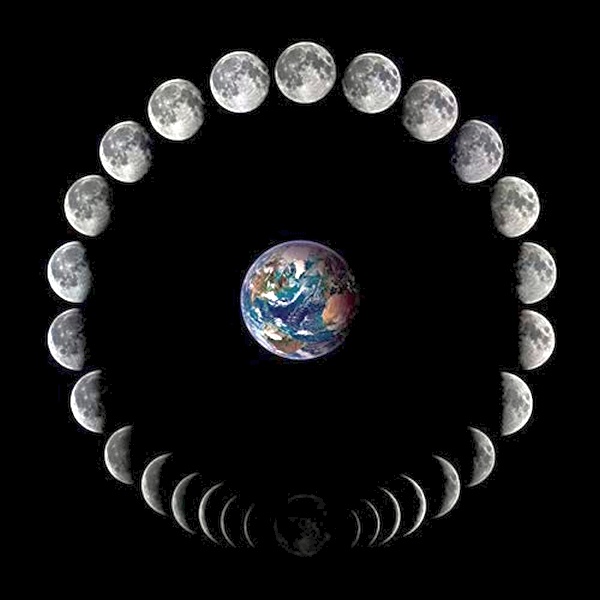 Tomorrow is the day for the “Flower Moon”; as a Gnostic, Esoteric and Tantric I keep up with the cycles of the moon and its many special manifestations throughout the year. Over the centuries the understanding of Moon Magick has been lost leaving mostly diluted versions of the original understanding; however as Gnostics always have said “Just because something is lost doesn’t mean it cannot be found. Just because something is hidden doesn’t mean it does not exist” or as Carl Jung tried to teach us; another famous student of the Esoteric; it is up to each student/initiate to discover the mysteries of life.

Life is always willing to reveal itself if only we are willing to learn past the facades and illusions, willing to go where most fear…inside. For the journey of Gnosticism and Esotericism lead inwards, towards self discovery and expansion; as above so below!

Moon Magick like any serious discipline isn’t for everyone and it does not encompass empty rituals (a ritual is empty or not according to the intention and the understanding of the person performing it), for the moon was not to be treated like a deity but recognized as a powerful force that has great influence on our lives. The purpose of Moon Magick is not to subjugate oneself to the moon and praise it as a God but to understand its meaning and respect its force so as to incorporate it into our psyches, liberating oneself from the inside out.

Currently we lead mostly mechanistic lives, we have habits which we repeat incessantly. Our habits tend to be the same as always, we do not change them: we get up at a specific time, we eat certain foods, we go to bed at the usual time. At the work place we tend to behave the same, we tend to talk about the same things and more or less socialize with the same people; in other words we become mechanical entities who other than the superficial are mostly not aware of our real selves.

Who are we, where do we come from, where are we going, what is the purpose of our existence, how do we exist, why do we exist? These are important questions which just like Gnostics, great thinkers and those seeking to discover more about themselves and life have always pondered upon, yet the poor mechanical being knows nothing about these things for to look closely at these questions would be too painful, either out of laziness or out of a desire to avoid psychological wounds…but the only way out of duality is IN.

According to Pythagoras and some of Leonardo Da Vinci’s works, this mechanical attitude we carry inside is one hundred percent Lunar. Perhaps it would help you to better understand what I mean, it we take the time to understand the power the moon has; it produces the high and low tides. During moon crescent, it makes the sap (a fluid transported in xylem cells) rise to the top of the tree, during waning the sap tends to go towards the roots, fortifying them. The Moon, whether it is new or growing, or full, or waning, influences us in a definitive way (cutting trees during one cycle or another produce different results).  The ancients sowed in decline because they knew by doing the wood would be better and the fruits of the trees would result in better quality. During moon crescent everything tends to grow, to rise, to ascend; a great time to use for introspection and learning.

As you can see through such simple explanation as the given above, the Moon is like a weight that makes all the mechanics of nature move at a certain Rhythm for our universe serves the Principle of Rhythm which is a primordial, all constant principle and which I will further write on at another time.

As Pythagoras explained we are lunar creatures, this means we carry the Moon within us, turning us into mechanical creatures and obviously, it influences our psyche in a decisive way.

To ancient teachers, there was no doubt the Earth, the Moon, the Sun, the Galaxy in which we live, are also within us (from a psychological point of view). Unquestionably, the Sun is higher than the Moon on the scale of the worlds. The Galaxy in which we live, is unquestionably higher than the Sun, the Moon, or the Earth.
To Gnostics and Esoterics, just as there is a physical, visible and tangible Universe; a radiant material Universe which everyone can see; so too, there is a Psychological Universe within us. This means in a similar way as the mechanisms of life, within ourselves we must create, heal and expand our psychological universe.

To better understand how the ancients unify the esoteric, material and esoteric world, one would need to become familiar with how they perceived wisdom. In order to do this, one would require submerging oneself in the study of ancient Esotericism and Gnosticism as well as using Psychology and Philosophy to dive into our own subconscious. However, one of the more simple ways to quickly get a grasp of what our ancients define as wisdom can be found in Pistis Sophia. An important text discovered in 1773 and possibly written in the second century AD. In this text, the “risen” Jesus (which to Gnostics meant someone who shed the old self and had become illuminated through internal work) had spent eleven years speaking with his disciples, teaching them only some of the mysteries. The prized mysteries which were not revealed to them (for one has to be willing to search and do the work– for without desire to transform, wisdom is wasted) relate to complex cosmologies and knowledge necessary for the soul to reach the highest divine realms or illumination of self. Let’s keep in mind none of these teachings were Exoteric in nature (Divinity is place outside) but Esoteric (The Divine is within). To the mystics Christ (not Jesus, for to them Christ is a state of illumination; something like a tittle one achieves) was the action part while Sofia was the force of creation. Etymologically speaking Sofia and Selena share the same aspects/roots; Selena means Moon. So within ourselves we were to unite the esoteric and psychological forces of the sun and the moon in order to transcend the hold these physiologically have on us.

If we intentionally use the moon’s energy; during its special times; we can create a Moon of a Psychological type–creating in fact a conscious center of gravity. This psychological Moon would displace the mechanical Moon we carry inside; ceasing to be mechanical entities or metaphorically speaking, we would no longer be ships lost at sea at the mercy of outside powers.

As you can see then, Moon Magick is not the popularized practice of empty rituals or the reading of powerless spells during specific periods (for again intention and understanding of its meaning is necessary). Moon Magick is not a displaced belief which sets the moon as the new deity to be worshipped, rather it is a serious practice which seeks to harness and utilize some of the primordial powers the moon emanates in order to bring forth a stronger center. It should not be handled lightly for like anything else in life in order to build a strong center, one has to rip apart the old foundation–this means you will have to confront yourself and start from the beginning.

The power of the moon’s energy is very much real; after all, everything is energy. To deny this fact would be to deny every law of nature and the knowledge our own scientists have strived to teach us. One can escape from knowledge but escaping it does not deny the principles of existence we find within our world.

We have 1295 guests and no members online