Horoscopes: February 7th Thru The 14th 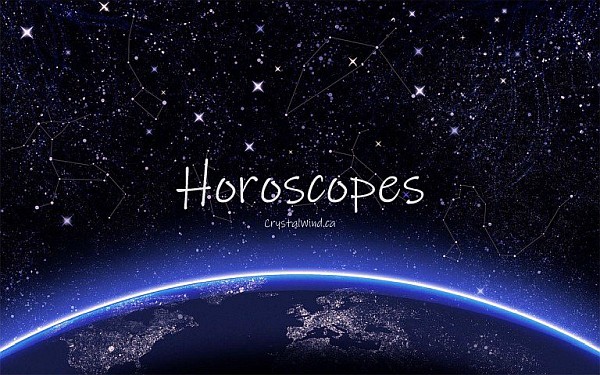 For the week of February 7th thru the 14th, be sure to read your Rising Sign as well:

Venus enters your sign on Friday as a reminder that you are not alone. There are others willing to fight the good fight right alongside you, and support you in your journey. With the recent Saturn/Pluto conjunction and Chiron traveling in your sign, in some way you are being asked to let go the bow lines, and have the courage to leave the safety of the shore. Do not be afraid to be yourself or worry about what others think of you. It is time for you to take care of your needs, and experience life on your terms. Then you will have plenty left over to give to others as well. But in the light of the current Full Moon, this is you being willing to stand in the spotlight, have the confidence of your convictions, and declare, This is who I Am.

Venus enters Aries on Friday, reminding you that you too have some deep-seated convictions and beliefs rooted in time honored traditions and honed by experience. With Mercury slowing for its retrograde station later on, there is also a turning inward, and a period for reflection, and trying to make sense of the past, or past experiences. A sense of nostalgia can also arise in the light of the Full Moon in Leo, which longs for a a happier time: a time when things just seemed that much more honorable. Full Moons can be rather emotional times, especially if they bring things out in the open that were previously hidden. Perhaps this is also an opportunity to find value in things of the past that may have brought such pride and comfort before; and can still do so now.

Now that Mercury is in Pisces, and will be until April (for the most part); it could feel at times like you are living in an alternate universe. Truths are lies and lies are truths; and you’re not quite sure who or what to believe any more. It probably would be wise to suspend judgment for now. And rather than trying to figure out what everyone else is going to do, or what they believe to be true, find your own truth and your own meaning within. As the Full Moon brings certain events to a head, it could reveal some news that could be rather revealing. And it could amp up the energy as well. If there is a lot of activity, or you find your head exploding trying to makes sense of the insensible; take some time out to step back and begin to reflect. The combination could increase anxiety along with the emotions. So taking time to pause, breathe and take stock of your surroundings might be helpful.

The Full Moon is shining a light on your resources and your priorities. It may be time to reassess how you are spending your money, and what exactly you are spending your valuable time, money and resources on. Pay attention to those ledger sheets to see where it is all being spent, and whether or not you are being paid in kind for efforts expended. This is where we are being asked to pay attention to and balance the ledgers. Full Moons can also be very emotional; so there could be an inclination towards retail therapy. Anything that you’ve been putting off and avoiding will be more difficult to say No to. Pick one small item, that you know you really, really want and gift that to yourself. And think of it as a symbolic gesture of all of the abundance that you wish to embrace in your life moving forward.

The Full Snow Moon falls at 20º of Leo, so if you have any planets or personal points around these degrees, or you are born on or within a few days of August 12th, you will be particularly sensitive to the Full Moon vibe this weekend. You may even see yourself brought into the spotlight in some way (whether you want to or not). Best to take it all with a grain of salt, and a bit of grace. And if they can’t take a joke, or didn’t get the memo, know that you also have the option to flaunt it for all that it is worth. Full Moons can also be very emotional times so don’t be surprised if things are a little over the top, or that you are forced to defend your own integrity in some way. You are who you are.

Now that Mercury is in Pisces (and will be until April), you could be feeling more emotional than usual. Boundaries could also feel like they are eroding, so it is wise to know when you need to say no, and when and where you will need some time out. As Mercury approaches its station on the 17th, we will soon begin to wonder if we are indeed living in an alternate universe. Full Moons can also be times of stress. And what is revealed in the light of the Moon, can be either vindicating or exasperating. In some way, with Mercury now in Pisces, we are being asked to suspend judgment for now. For you begin to wonder, if so many other people are so ceaselessly deceived, might I also be under the spell of delusion? Use this period to find inspiration, to find meaning and hope. It can be found, even though at times you begin to wonder if it is possible.

Venus enters Aries on Friday, and usually complacent Libra is up in arms. Normally you might ignore some things, let them pass for the sake of keeping the peace. It just doesn’t seem to be possible these days! How can you stand idly by when so much is wrong with the world? Very few things get the Libran ire up. But unfairness, injustice and inequality is where you draw the line. The Full Moon certainly does not help, as these Full Moons tend to escalate emotions and bring things to a head. It may be all you can do not to court unwanted attention and maintain your usual composure. Especially when it becomes evident that there’s a whole other world out there, marching to the beat of a different drummer. And right now, you’re just not in the mood to have to compromise all that you believe in and stand for.

Just when you thought that sense of righteous indignation had reached an all-new plateau, along comes this Full Moon to bring things up another notch. You begin to wonder, is it just you? Or has the whole world gone absolutely bonkers? It’s enough to bring you out of retirement and back out into the world to set things right again. Somebody has to be in charge here! The main problem with this sort of Full Moon is that the spotlight can be a little too hot for comfort. And you probably won’t want to draw too much attention. Especially the unwanted sort of attention. Yet, there are times to be silent, and there are times when you just need to make some sort of statement. And this just may be one of those times.

As Jupiter and the planet Neptune are gradually closing in to form a sextile you may find it more and more necessary to connect with your core truths. It’s not just about talking the talk any more, it’s about walking the walk as well. No matter what that takes. And sometimes that requires the willingness to take a stand. To follow your heart and your conscience. What comes out in the light of the Full Moon this week, could make it all that much more apparent as to why it is important to do so. And to be willing to put yourself out there, make a statement, and honor your own convictions. If anyone has the courage of their convictions this week, it is Sagittarius, who has no problem getting on their soap box, but also practicing what they preach.

Full Moons have this way of bringing everything out into the open: the good, the bad, the beautiful, and the ugly. Nothing is spared. And with the recent Saturn/Pluto conjunction there are a number of Capricorns just barely crawling to the finish line. On the other hand it also afforded you the opportunity to make a whole new sort of commitment to transform your life, aim for self-improvement, and reinvent your image and your brand. If you wanted to change something, to transform some aspect of your life, what would it be? The Full Moon could bring something to a head; or make something more apparent. Something that you might have wanted to ignore, but no longer can. The Full Moon is also letting you know, that you’ve got this.

The Full Snow Moon is a Moon of culmination, revelations and can bring things to a head. It is a particularly strong Moon for Aquarius, especially those born in the days surrounding February 9th, or born within a few degrees of 20º Aquarius rising. But all Aquarians will feel this Moon to some degree. Pay attention to what is being revealed in the light of the Full Moon. Something perhaps to do with relationships; either a particular relationship, or relationships in general. This could be a deciding factor for some of the choices you plan to be making in the foreseeable future. Full Moons can also be very emotional, so you might want to avoid making decisions in the heat of the moment. However what you do learn, what you become aware of, could be very telling.

One thing that becomes evident to Pisces, now that your ruling planets, Jupiter and Neptune, are closing in for their first sextile of the year: is that you cannot betray your heart or your conscience. Even if it means having to step out and be separate. One other thing that becomes increasingly evident as Mercury slows for its retrograde station in Pisces over the next few weeks, is that it could sometimes feel like you are living in an alternate universe. Nonetheless it is essential for Pisces to connect with your inner core values and truths this year; and allow that to be your guiding light. Your very health and well-being may depend on it. Something may be revealed or come to a head within your work environment or in your daily life that lets you know exactly where you stand with a situation. Allow your conscience and your heart to be your guiding light, in this, as in all things going forward this year.