Your Weekly Guide To Planetary Influences - November 1 to 7, 2021 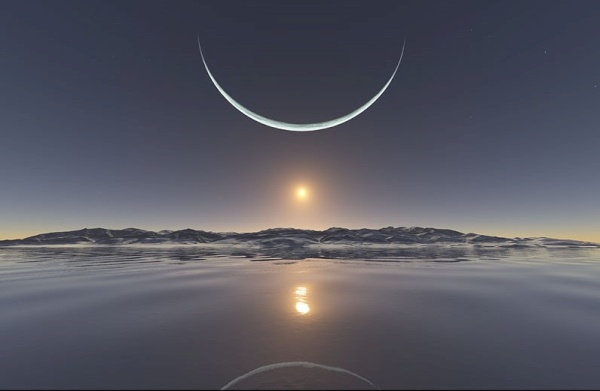 WE NOW BEGIN another stage of our "final ascent" through these last months of 2021. The new leg of our journey is christened this week by an especially enlightening New Moon, which leads us to a partial Lunar Eclipse on November 19 and then to an auspicious Total Solar Eclipse on December 3.

This next phase of our trek will take us into higher elevations, so we'll need to take special care of our physical, mental, and emotional states. It will be vital to be aware of when we need to rest along the way. In anticipation of the trail ahead, we may also want to lighten the load we are carrying, so that we are as unencumbered as possible. That means attending to any unfinished business now, anything that could distract us or unnecessarily tax our energy.

DO YOU REMEMBER the beginning of October? Can you recall what issues you were grappling with at that time? On the first day of that month, retrograde Mercury was square Pluto and opposite Eris, forming a cardinal T-square. It's likely that we were dealing with stressful situations and perhaps conflicts or confrontations as October got underway.

The good news is that whereas Mercury was retrograde at the start of October, it is now moving direct. That means there is a better chance that we'll be able to find some resolution this time. Still, this T-square represents considerable tension, so there are hurdles to overcome as we begin this new week and the new month.

THE NEW LUNAR CYCLE and eclipse season begin with great fanfare this Thursday, November 4, when the Sun and Moon align at 12°40´ Scorpio. This New Moon, which is exact at 2:14 p.m. PDT, is outstanding not only because it is the doorway into eclipse season, but also because it is very tightly opposite unpredictable Uranus, at 12°47´ Taurus.

Whenever Uranus is activated, we are advised to "expect the unexpected." In other words, with this New Moon, we can anticipate unsettled conditions and surprising events — not only this week, but throughout the entire four weeks of the lunar cycle that completes at the next New Moon, the Total Solar Eclipse.

URANUS is known as the god of the starry heavens, also the god of chaos. These aliases speak to an energy that is vast and beyond our control. Other pseudonyms include The Liberator and The Divine Awakener, names that reveal the higher purposes of the changes that transpire under Uranus' watch.

As one of the transpersonal planets in astrology, Uranus is charged with the task of expanding the consciousness of humanity. The "chaos" that can occur when we are working with Uranus is designed to break us out of fixed ways of perceiving reality. When our planned course is altered and our usual patterns of thought are interrupted, an opening occurs that enables us to expand beyond what we have been.

With the help of this sideways-spinning planet, we are more innovative, inventive, original, and authentic. We develop our intuition and our capacity to perceive alternate realities. We are no longer bound by a logical, rational approach to life. We conceive of future possibilities that take us far beyond current limitations.

SPEAKING OF LIMITATIONS, however, we must acknowledge that this week's New Moon is also square to Saturn. While not as strong as the Uranus opposition, this aspect means that we are still in the process of facing some major obstacles in our search for Truth.

With this lunation, we will experience an activation of the year-long Saturn-Uranus square that has defined many of the challenges we have faced in 2021. Saturn is the Cautionary Realist, and thus brings up the "what ifs" — the worries and fears associated with leaving behind a familiar past in favor of an unknown future, represented by Uranus.

SATURN also carries extra clout in this New Moon because it sits at the important "apex" position of a fixed T-square formed by the Sun/Moon in Scorpio, Uranus in Taurus, and Saturn in Aquarius. Because of this heightened Saturn influence, each of us individually will benefit by being aware of ways in which we are too rigid, resistant, or defensive, or need to be in control. It is also possible that we will see authority figures (Saturn) as being especially autocratic and unable to compromise at this time.

This New Moon will help us see how far we — each of us individually and humanity as a whole — have come in our process of awakening. It will also show us how far we still need to go. Throughout this new lunar cycle, flexibility is key, as well as acting in integrity with our highest vision. Also keep in mind that there may be connections between situations that unfold this week and events that occur around the time of the final Saturn-Uranus square on December 23.

Astrological wisdom tells us that the outermost planet in any aspect is likely to be the stronger force. In this instance, progressive Uranus is farther away from the Sun than conservative Saturn, and so is seen as being the final champion in this particular competition, after a very close race.

HERE IS MY LIST of the most significant aspects for the coming week, with my brief interpretations of each:

Sun quincunx Chiron: Resentments can arise if we feel a lack of support from others. Notice what triggers your anger and consider that it may have arisen due to a fear of being vulnerable.

Mercury opposite Eris: Differences of opinion are hard to bridge. Do your best not to take things personally, but instead to realize that others are acting out of a place of feeling disrespected or unheard.

Mercury square Pluto: Issues that began yesterday may heat up today. Take this opportunity to be your own psychotherapist, understanding the deeper reasons for anger or reactivity.

Venus sesquiquadrate Uranus: This divisive aspect makes it hard to find consensus, as each person rebels against feeling controlled or coerced by another.

Sun opposite Uranus: This aspect is contained in the New Moon chart and becomes exact less than three hours after the lunation. The desire to be seen as an individual and the need to be free of controls are powerful motivators. Those who are feeling strongly rebellious may act out in sudden or surprising ways.

Venus enters Capricorn: Although usually averaging 30 days in a sign, Venus will be in Capricorn for about four months, due to going retrograde on December 18. This transit will bring up a wide variety of issues in the areas of relationships and finances, especially around the times that Venus is conjunct Pluto. The focus with Venus in Capricorn is on long-term investments of the heart and resources, and what needs to be done to ensure stability in these areas.

Mercury enters Scorpio: Mercury is moving very quickly right now, and will make a complete transit of Scorpio in 19 days. During this time, we are motivated by a strong desire to know and speak truth, even if doing so takes us out of our comfort zone.

Pluto sesquiquadrate Ceres: Some may deal with feelings of powerlessness due to recent changes, and others may experience a profound feeling of loss as a result of living through these very transformational times. Self-care is vital now, perhaps through writing in a journal or talking with a trusted friend.

Mercury sextile Venus: We are encouraged to share our deeper feelings with someone who is able to listen without judging.

Mars sesquiquadrate Neptune: We can be confused about what we really want with this aspect. Some may react passive-aggressively, instead of directly facing a difficult issue. Inner work can bring clarity, revealing true needs and deeper motivations.

IF YOUR BIRTHDAY IS THIS WEEK: The urge to completely reinvent yourself is strong this year, but so is the desire to maintain a level of consistency in life. Delays and obstacles that arise are meant to give you the time to fully understand the implications of the broader scale changes you feel drawn to make, and to address any fears that may be standing in your way. Significant others in your life may see you as being especially self-oriented now, as your focus is on discovering who you are and what you really want. You are also breaking out of old patterns of behavior and relating, which in turn will require you to redefine your personal relationships. (Solar Return Sun semisquare Venus, square Saturn, opposite Uranus)

We have 1324 guests and no members online