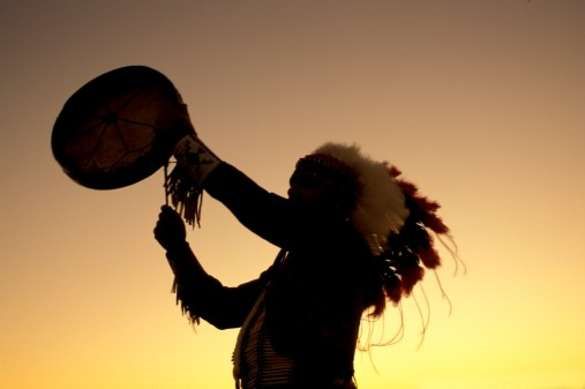 Drumming is as fundamental a form of human expression as speaking, and likely emerged long before humans even developed the capability of using the lips, tongue and vocal organs as instruments of communication.

The first sound we ever heard while still in our mother’s womb, was the beating of her heart, and the rhythm of her breath. No matter our race, gender, age, religion or belief system, this common experience exists for all human beings.

When newcomers are first introduced to drumming, they often say “oh, I don’t have any rhythm,” in an attempt to excuse themselves for their imagined inadequacy.

The truth is: We All have Rhythm!

Rhythm is our natural inheritance. It exists in our bodies, our hearts, our breath. It exists in the vibration of atoms, the cycles of the seasons, the ticking of clocks, the orbit of the earth. There is no part of creation that is without rhythm! 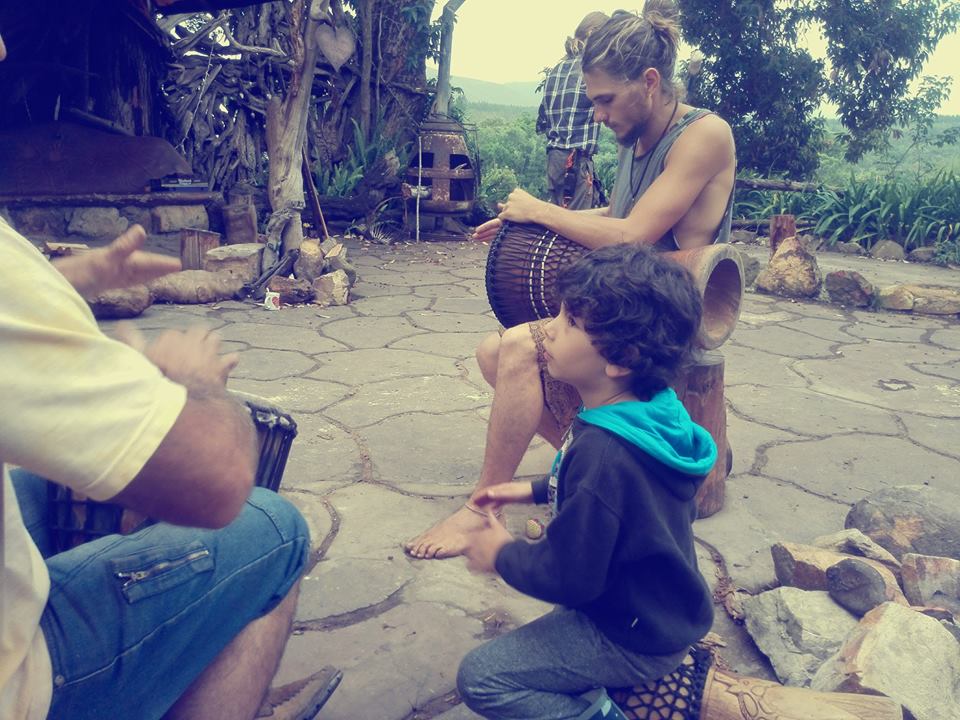 Drumming is a practice that spans the globe and has a presence in every culture. It has been used for centuries in rituals, ceremonies, communication, rites of passage, music and dance, celebration, healing, community building, and cultural events.

Drum therapy is an ancient approach that uses rhythm to promote healing and self-expression. From the shamans of Mongolia to the Minianka healers of West Africa, therapeutic rhythm techniques have been used for thousands of years to create and maintain physical, mental, and spiritual health.

Current research is now verifying the therapeutic effects of ancient rhythm techniques. Recent research reviews indicate that drumming accelerates physical healing, boosts the immune system and produces feelings of well-being, a release of emotional trauma, and reintegration of self. 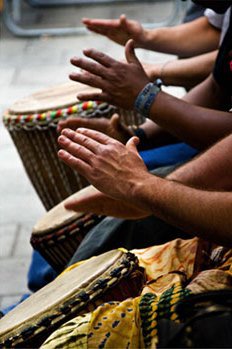 Drumming induces deep relaxation, lowers blood pressure, and reduces stress. Stress, according to current medical research, contributes to nearly all disease and is a primary cause of such life-threatening illnesses as heart attacks, strokes, and immune system breakdowns. A recent study found that a program of group drumming helped reduce stress and employee turnover in the long-term care industry and might help other high-stress occupations as well.1

A 2014 study published in the Journal of Huntington’s Disease found that two months of drumming intervention in Huntington’s patients (considered an irreversible, lethal neurodegenerative disease) resulted in “improvements in executive function and changes in white matter microstructure, notably in the genu of the corpus callosum that connects prefrontal cortices of both hemispheres.” The study authors concluded that the pilot study provided novel preliminary evidence that drumming (or related targeted behavioral stimulation) may result in “cognitive enhancement and improvements in callosal white matter microstructure.”

Chronic pain has a progressively draining effect on the quality of life. Researchers suggest that drumming serves as a distraction from pain and grief. Moreover, drumming promotes the production of endorphins and endogenous opiates, the bodies own morphine-like painkillers, and can thereby help in the control of pain.2

A powerful 2001 study published in the journal Evidence-Based Complementary and Alternative Medicine found that low-income children who enrolled in a 12-week group drumming intervention saw multiple domains of social-emotional behavior improve significantly, from anxiety to attention, from oppositional to post-traumatic disorders.

The reason rhythm is such a powerful tool is that it permeates the entire brain. Vision for example is in one part of the brain, speech another, but drumming accesses the whole brain. The sound of drumming generates dynamic neuronal connections in all parts of the brain even where there is significant damage or impairment such as in Attention Deficit Disorder (ADD). According to Michael Thaut, director of Colorado State University’s Center for Biomedical Research in Music, “Rhythmic cues can help retrain the brain after a stroke or other neurological impairment, as with Parkinson’s patients…” The more connections that can be made within the brain, the more integrated our experiences become.

Drumming can be used to express emotions whether you want to release alone or in psychotherapy. We can drum a multitude of emotions such as happiness, fear, sadness and anger. Friedman states “happiness is usually played as a series of rapid, syncopated beats. Fear might be expressed as staccato tappings. Sadness usually evokes slow, ponderous beats while anger becomes hard, loud and energetic.”

Friedman discusses the concept of “Alchemical Drumming” to release unhealthy emotions whether it is anger, frustration or guilt into the drum. Through simply tapping a drum, negative emotions can be transformed into healthy ones.

There is nothing like drumming to bring one into a sense of personal power. It builds self-confidence and esteem. In one exercise we did, we drummed a repetitious beat for over a half an hour to put us in touch with the warrior archetype. This beat conjured up a sense of determination, power and perseverance helping to push through “whiny” thoughts like my hands are sore, my back aches or this is taking too long.

JADE
Staff Writer and Social Media Manager for The Open Mind. I am a seeker of knowledge, striving to expand and help others on their quests!
Source
back to top