This Is Why You Should Be Sleeping On Your Left Side 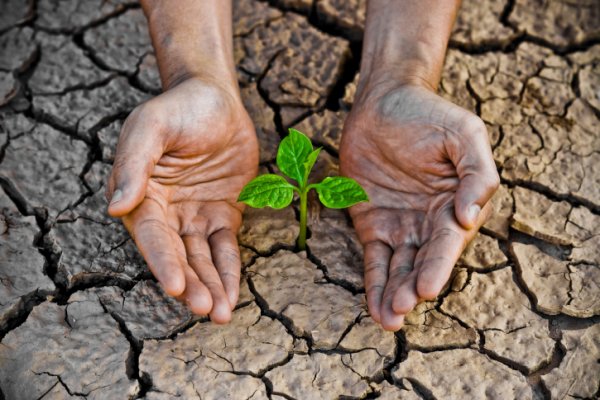 When cancer patients come to me for advice on a natural approach to cancer treatment, I recommend a comprehensive multi-step protocol. Some of these components are associated with changes in worldview, lifestyle, type of diet and the inclusion of something new, interesting and sometimes radical in their lives.

I am convinced that this disease comes when the organism can no longer function normally under abnormal conditions created by man himself. This understanding is foreign to official medicine. Everything is to blame for the genetic mutation in the cell or the accumulation of such mutations, which leads to its degeneration and unrestricted growth. Natural medicine has a radically opposite view, which ironically coincides with the view of Hippocrates, to whom doctors take an oath. Hippocrates said it made no sense to treat a patient who was not prepared to give up the habits that led to his illness.

Simple and ingenious! Thus, a person who has contracted a serious illness should first and foremost worry about a complete overhaul of their life and the inclusion of something new: moving to a new place, changing work or type of activity, engaging in charity.

I would like to talk about charity in particular. For several years now, I have been recommending charitable work to my patients as part of my natural treatment protocol. Of course, I do not mean the transfer of 100 rubles via SMS to a charity. Such a pseudo charity makes no sense, and if it is a collection for a child with oncology at all, then it can harm the patient. Sending money for a treatment that will eventually kill a child will make such a benefactor an accomplice, which will inevitably affect his karma.

True charity is about good deeds with the involvement of man himself. Almost every patient, except those in a coma, can do something good for people, animals, or nature: knit socks and mittens for boarding children, feed stray dogs, plant trees in a felled forest, and a million other good deeds. Caritas has a broad therapeutic effect. When one sees the fruits of one's selfless work, one turns into a concrete, profound satisfaction (which the dark world masters are so afraid of!), Which is accompanied by the release of endorphins into the blood and their positive properties of influence on homeostasis.

Satisfaction causes high vibrations in humans, which is a strong epigenetic factor. The higher the vibrations, the more favorable the gene expression. Low vibrations can trigger a cancer program in a cell's genes, while high vibrations (sun, living food, positive emotions, nature) can turn it off. I consider another influence of charity to be its influence on karma.

Although we do not yet understand the exact mechanism of its impact on our lives, it is unreasonable to deny its role in our lives and its quality. These were my beliefs about incorporating charity into a patient's new life. These beliefs have been confirmed by research. This was mentioned by Dr. Veronica Desolnier, known from the films The Truth About Cancer (at Nathan Crane's seminar "Breaking Out of Cancer"). One group of studied cancer patients received only traditional treatment, while the other, in addition to traditional treatment, participated in charity. The indicators of the second group were significantly more successful than the indicators of the first group.

The influence of charity on the more positive outcome of the disease is therefore scientifically proven. I am deeply convinced that one does not have to wait for a serious illness to start doing well. You have to live kindly, help yourself, love and take care of nature. It will fill our lives with great meaning and, most importantly, it will add health and longevity. For those who have already developed various diseases, the charity will help to overcome them.

Practicing with the Complaining Habit

A Message From Archeia Mary: Meditation To Relieve You Of Stress

Doing the Work of Shifting Your Consciousness - The 9D Arcturian Council

Guardrails, The Self-Care Secret That Works

We have 3135 guests and no members online