The Commercialization of Spirituality - A Multi-Billion Dollar Corporate Takeover!
A+ A A-

Dalai Lama on Paris & Syria – A Message for Peace 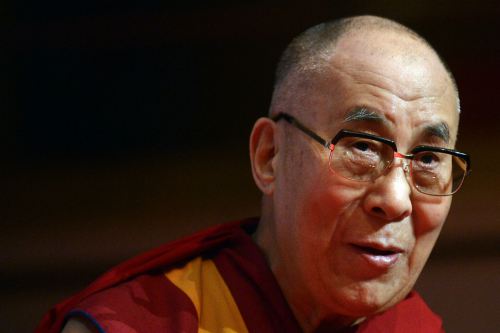 After terrorist attacks that shook Paris, The Dalai Lama had some crucial things to say about the situation, saying not just to Pray for Paris, but work for peace.

In a recent interview, he told Deutsche Welle, a German broadcasting company…

“We cannot solve this problem only through prayers. I am a Buddhist and I believe in praying. But humans have created this problem, and now we are asking God to solve it. It is illogical. God would say, solve it yourself because you created it in the first place.”

“The problems that we are facing today are the result of superficial differences over religious faiths and nationalities.”

“We need a systematic approach to foster humanistic values, of oneness and harmony. If we start doing it now, there is hope that this century will be different from the previous one. It is in everybody’s interest. So let us work for peace within our families and society, and not expect help from God or the governments.”

But what’s it going to take?

In order to see things clearly, we need to step back from the reactive frenzy of fear and prejudice that seems to be taking over right now.

As politicians and rebels alike make noise with extreme talk and battle lines, as the media feeds off drama and fear, realize, that’s how they make their money, that’s how they get re-elected, by catering to what the audience reacts to.

The audience is you.

There’s no doubt that “terrorism comes out of hatred, and short-sightedness,” as The Dalai Lama clearly states.

During these events we may be taken off guard, may feel surprised, shaken up, but these are not new occurrences. It is old ways of thinking rising to the surface in a fever pitch imploring us to take notice.

What we’re seeing right now is an ongoing cycle of retaliation which involves more than just one group, each side feeling justified through their own logic.

Governments create sanctions and sponsor radicals for their own interests.

Radical Islamists claim retaliation against how they’re treated by the west and from ancient grudges.

In response, governments retaliate through jets, bombs, and raids claiming to defend their borders.

But is this really going to squelch the radicals? Or push them to further extremes?

It’s interesting that these retaliations only address symptoms, but not the underlying problem.

Wherever there is division and prejudice, it sets off an endless process of reactions. Retaliations have their own momentum that go on and on – for centuries.

There is no way this can stop unless there is some understanding and sanity.

Here is where most will exclaim that the other side needs to understand and get sane or the politicians and extremists need to get sane.

Granted most people are just trying to live their lives, not throwing tantrums, or acting on such a scale.

But when there is a seed of prejudice, especially against an entire culture or religion, it sows the prevailing thought of how we interact with each other.

Prejudice is something that involves each of us. So long as there is prejudice in the mind, it express through varying degrees.

Ultimately hate is hate. It only contributes to the fire already ablaze.

For whatever reason, it is petty in comparison to the grand scheme of things and the fragile nature of life.

It is crucial that Dalai Lama mentions, “let us work for peace within our families and society.”

Clarity and peace starts at home, within ourselves, within our societies, not anywhere else.