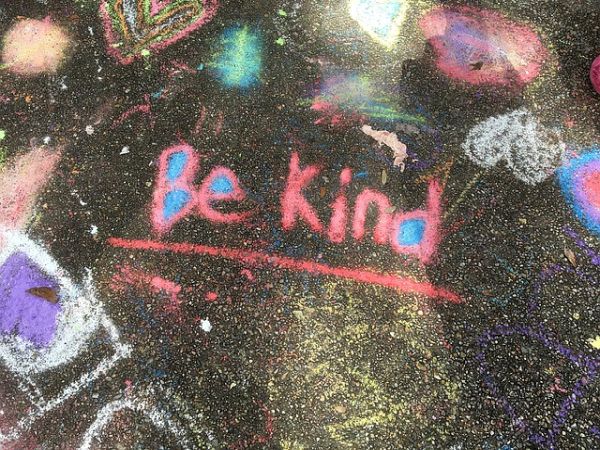 When I was a school-age child I always puzzled over how and why people could be so mean. There were gang members that threatened me on the way to and from school. On a couple of occasions, they assaulted my friends and I. I got a new bike for Christmas but in short order it was stolen from the schoolyard. I brought my favorite puppet to school one day and another child stole it and wrote his name on it claiming it for himself. Then there were my years of coping with an older brother who did the usual older brother torturing. These are small incidents and everyone has them but they did undermine my trust and destroyed my innocence at an early age.

I was always shocked by these events until much later and with some understanding of psychology I realized that all this bully behavior was motivated by fear. When someone is afraid they tend to generate fear in others as well. Fear begets more fear and so it goes. As I grew older I began to realize that fear was the one thing that turned life sour, destroyed happiness, and in some respects turned a paradise into a hell for most people. That realization led me to a lifelong study of the whole phenomena of fear, the patterns of fear, the products of fear and the remedies for fear. Much of this I wrote down in the book “Transforming Your Dragons,” a kind of fear pattern classic that many people have found extraordinarily useful in understanding themselves and other people. Now let’s take a lateral step over to the subjects of cruelty and kindness.

One of the greatest lessons human beings must navigate and master on their evolutionary journey is navigating the shoals of cruelty and replacing it with kindness. This is by no means an overnight process and may take literally thousands of years. To adults, small children appear to exhibit cruelty with regularity tearing the wings off moths, flies, and butterflies, pulling the fur out of the dog or cat’s coat, grabbing their sibling’s cracker and eating it all up and so on. The vast majority of little children have no concept that their actions are cruel rather, they are doing these things out of curiosity or simply to exercise their small bids for power.  Likewise, very young souls behave similarly. Being unable to identify with the people they hurt and unable to put their feet in their neighbor’s shoes, they simply dominate and oppress others – both because they can and out of a sense of survival. These are the folks who would gladly throw you overboard in the life raft or hoard all the food and water for themselves without sharing anything. For those who are more sophisticated this behavior might appear incredibly selfish, narcissistic, and cruel and they are often swift to condemn these mean actions as criminal and punishable.

The idea of punishing is part and parcel to this whole phenomenon of cruelty. When children are punished by adults for their cruel and selfish acts they soon learn to punish each other in a kind of copycat style. However, because of their lack of judgment and immaturity they usually have no concept of what size punishment fits the crime. They might believe that execution or cutting off a hand is the right punishment for stealing an apple. We see examples of this all throughout history and all over the world. The notion of punishment is deeply ingrained in the human psyche and is both related to the considerations about curbing crime and threatening people with negative consequences for antisocial behavior. It is also related to the desire that people have to exact revenge on their neighbors for hurting them.

In the end there are nuances and fine lines between ideas of justice, fairness, cruelty, vengefulness and so on, and these have been the subjects of litigation since ancient times. With this in mind let us return to the notion of cruelty, what constitutes cruel behavior, meanness, and injustice. People become cruel when they feel powerless and threatened. This is the essence of bullying. Fear drives cruelty, drives meanness, drives vengefulness. What part does anger then play? If I am upset that you crashed into my car I may want to damage your car just to pay you back. Why? This does not restore my car so how is this helpful? There is a notion here that if I can see you suffer then somehow you will learn your lesson and be less inclined to ever do it again to me. There is also the idea of dominance. By crashing into my car, I perceive you as dominant over me and I have to set the record straight. By trashing your car, I restore my dominance over you and then I don’t have to fear you, instead you end up fearing me. So, we are back to fear again. All of this is of course very primitive but we all have a reptilian brain that reacts in this way.

After world war I, England and the Allies met in Versailles to divvy up the spoils of war and punish Germany for having created such devastation all across Europe. The result of this vengeful attempt to punish Germany was deep resentment and Hitler’s Nationalistic build up to World War II. Having learned the hard way, Roosevelt supported the idea of the Marshal plan and Truman signed it into law, an almost exact opposite response to punishment. Rather than punish Germany again he proposed building Germany and Western Europe back up again including its industrial base. This was risky because this industrial base was what allowed Germany to wreak havoc on Europe in the first place. The result of this progressive plan was to produce a Germany with a powerful economic engine big and strong enough to pull Europe out of ongoing depression. By requiring Germany and other participating countries to buy all its resources from the United States the plan acted as a powerful engine to catapult the US economy and the USA to superpower status. While not entirely derived from pure kindness, it nevertheless was a much more successful plan than the Treaty of Versaille. What is the lesson learned? Punishment does not work. Compassion does.

In the end cruelty, viciousness, and revenge is all about managing our fears. One monkey tries to snatch the banana and gets a vicious bite as a consequence. “Back off! Don’t do that again or I will hurt you”, the other monkey snarls because she is afraid of losing her banana. While monkeys are pretty much stuck at that level of behavior, we humans are not. Little by little over many, many, lifetimes we learn that cruelty is not strength but a sign of weakness. First one learns that forgiveness tends to produce better results. If I give up the notion of revenge or seeing you punished then I may be able to gain some advantage over time. At this stage the forgiveness may not be motivated by kindness but simply by personal advantage. Again, at this stage if I forgive your debt to me then psychologically I feel you owe me a debt and that may be an advantage if I need some help later on. Over the lifetimes little by little I may learn to cultivate and develop kindness because I see suffering and I know what that is like and do not want to see another in the same boat. So, I may learn to forgive without expecting a payment in return. In fact, I might learn over time that payment may come in the form of good karma from an entirely different source. “Maybe you will never be able to pay me back but the gods will see that I get recompense some other way.” Now I am playing on a bigger gameboard not expecting that everything will play out logically on such a concrete level.

When I finally get to the point of understanding that everyone is me and I am everyone, I can only forgive, treat with kindness, and all traces of cruelty, meanness, and vengeance are left behind in the scrapheap of lifetimes gone by.

Here is a little exercise you can do to help accelerate these long-term lessons about kindness and forgiveness. Think of someone whom you carry some resentment toward because of something you feel they did to you that caused you harm or damage. This is especially useful if you feel they were insensitive to you or even cruel or mean in their behavior toward you.

Now whether they are alive or dead, realize that this person is actually a multidimensional being and that this multidimensional self is outside of time so that it is managing all their many lifetimes at once, past, present and future.  Some of these lifetimes are focused on younger soul lessons and some of these lifetimes are very advanced where they are a spiritual teacher, a person with high integrity, or an exceptionally wise and compassionate person. In fact, perhaps there is also a lifetime where they are totally self-realized or enlightened. There may be a lifetime or several where they have been very kind to you and helpful in many ways. So, this multidimensional self is the real deal and the personality that you resent is only a tiny fragment of who they actually are.

See if this awareness of their higher dimensional self helps you to put them into perspective. Perhaps you feel a lightening of your resentment and your desire for revenge. Now you know that they have already paid their debt to you, they have already repaid the karma they created with you and everything has been managed and handled. Perhaps they have learned many painful lessons and are now fully aware of the difficulty that they cause for you. And furthermore, maybe in one of your own future lifetimes that are actually taking place right now to your multidimensional self, you have already forgiven them. From this large-scale perspective all has been forgiven and there is only love. 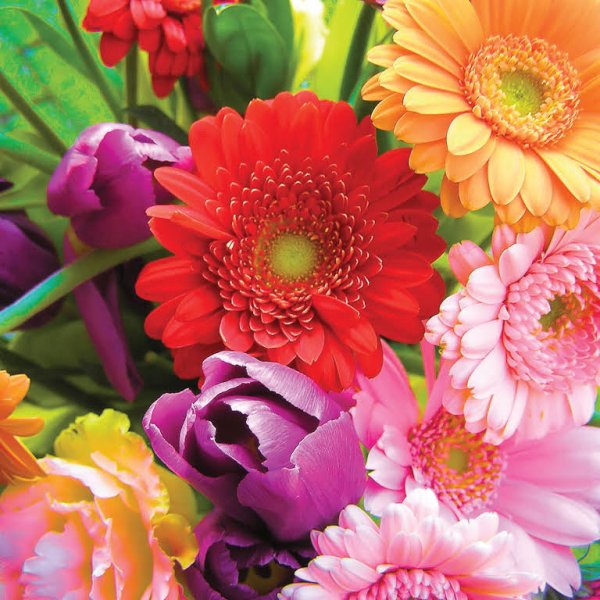 Practice this exercise often until you have been able to neutralize the uncomfortable feelings you have had around them, then start with someone else you struggle with.

back to top
Sacred Feminine
Acknowledging the Spiritual Hipsters
Going Through Shadows: The Vortex Of Transformation.

8 Ways to Program your Water for Manifestation

We have 2220 guests and no members online