The Hundredth Division
A+ A A- 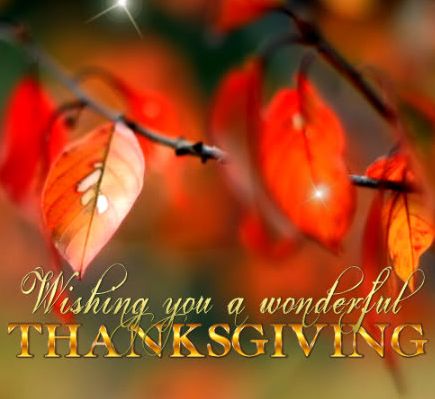 A lot has been going on in the astral/etheric planes these past few days and I would like to share what I have seen/sensed happening. While this might be a rather convoluted tale I hope the energy will communicate what my words might fail to communicate.

A couple days ago my wife and I were doing a prosperity meditation in which rather than focusing on financial things I focused upon being free to live the type of life I wanted with the ability to do anything. I felt the resistance of external forces/reality and struggled against it. Suddenly I felt the clinging restrictive energy let go and I stood totally free at all levels and able to move/do anything I desired. The impression I had was that this was/would be around the spring equinox and that I had work that I needed to do before then.

Last night/this morning I had a dream/vision showing that the various factions/groups of lightworkers/space friends were turning in their final ascension plans as I was doing as well. It was like a class room graduation where the home work was turned in to the teachers/judges. The real meaning of this dream was clear. We were all finally at the same frequency and could see/interact with each other and our blue prints for the future were visible to all for the first time. We were all on the same timeline. Every blue print that had made it this far now had to be absorbed or integrated into all of the others like the House of Representatives and the Senate need to work out the final details of a bill before it can be passed. The mockup/blueprint/model of the Unity Grid which I carried appeared enormous like a screen door or window frame turned on its side with individual chakras positioned at various places within it and dwarfed the other mockups/blueprints/models which only showed a few arrangements/clusters of chakras in various stages of development. I was almost embarrassed at its size. For the first time the Unity Grid was shown in its entirety to all those existing at that level. This was the first time the blueprint of the Unity Grid was shown to one and all. Because of its high frequency of vibration it had up till then been “invisible” and not perceived. Expect some confirmation of this by other channels in the coming days.

From now till the new moon on December 2 these final revisions will be achieved. Then the wave will once more begin in a downward direction and create the new connections/events required by the finalized Unity Grid blueprint. These manifestations/adjustments will be finalized by the December full moon just in time for the massive yearly energy surge of the winter solstice just before Christmas. I suspect this massive surge at the winter solstice will bring about the long talked about MPR (magnetic pole reversal of all atomic molecules) but not in the way most people think.

Imagine if you will that an immense wave of extremely high frequency light/energy has been driving earth’s/Gaia’s ascension. The frequency of this wave has been so high that our space brothers and sisters have not been aware of it, have not been able to perceive it. It has been like a radio signal their receivers could not tune into.

Yet this intense wave of energy has been hitting earth/Gaia for years now and raising its internal vibrations from the bottom levels up! The entire ascension has been powered from the lower levels and not from the higher levels. This has been done by people like me that have channeled this extremely high frequency directly to Gaia’s core. Most channels can not bridge the entire span.At this point all levels have come in sync as my dream showed with all the players on the same frequency. From bottom up all the levels are now at the proper frequency and the portal is completely open. Expect things to happen, but not what most expect. As per my last post Gaia has seeded all the levels/dimensions with her crystalline 3D hologram and exists as a 3D hologram on all level/dimensions.

Those like Stankov’s group on the other end of the event horizon have been and are now crowded tightly against the upper ceiling of the highest level and being compressed. When the ignition point is reached the higher levels will experience the MPR, not Gaia. Gaia is already where she is going to be. Her ascension has been from the bottom up.

We here on Gaia will experience a change in resistance, but not a change in reality other than what we have been and are currently creating. Gaia is protecting us and carrying us with her and has been through all of these changes.

After the MPR Gaia will be the new and highest point of spirituality, the new Celestria, Garden of Eden, Mount Olympus, home of the Gods. The highest will become the lowest and the lowest will become the highest. Those of us currently embodied in physicality here on Gaia will gain the ability to travel those new dimensions/multi-dimensions that will then be open to us. Instead of our space brothers and sisters assisting us through the transition, it will be us needing to help them adjust to the difficulties of crystalline 3D. Crystalling 3D has spread to all the dimensions!

Mother earth’s/Gaia’s ascension is of a band width that is so wide it will engulf the more narrow bandwidths of the other densities/dimensions, flooding them with new life.

This persistent belief that our space brothers/sisters can influence/turn up/turn down the frequencies of the ascension energy and that it somehow goes through them under their control and is released in deliberate ways will be proven false in a drastic way at the energy surge of the winter solstice. It is their energy that has until now been out of harmony, not Gaia’s. Gaia has been in harmony with this new energy ever since 21 December 2012. It is humanity and the spiritual “hierarchy” that has been out of sync! Now it is just humanity!

Whatsapp
back to top
Spirituality and Ethics in Business
How To Tell If You Had A Past Life In Atlantis
Brutish Change: The Silver Lining

We have 1235 guests and no members online