The Hour Of The Self-Determined People

The Hour Of The Self-Determined People 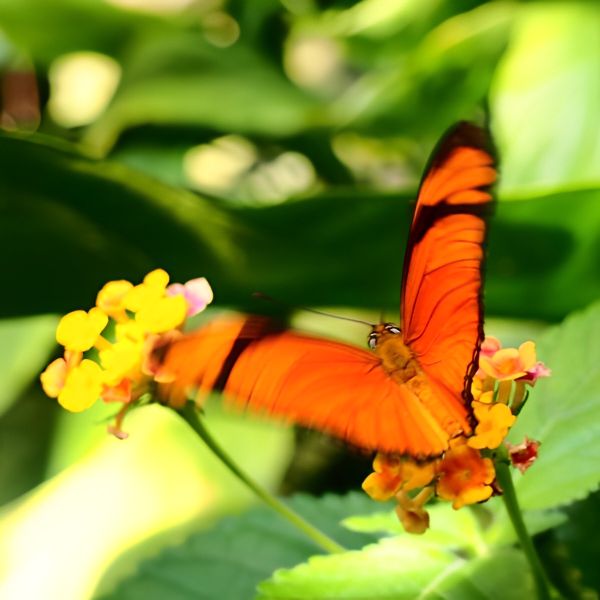 With the dawn of the butterfly era, the hour of self-determined people has come. They are already the pioneers of a new era, because they know what it means to follow their inner voice. Inwardly, they feel connected to a higher authority, they need neither external incentives nor rewards. Because they know their individual strengths and know how to respect their limits, they are able to cooperate. They do not feel the need to hoard material goods out of fear and concern for survival, but are able to share and enjoy a good life for all at leisure. Such 'new people' are not only to be found in the small, far-flung community of Freilerner, they are everywhere in the world - and they recognize each other.

winter solstice. At some point even the longest night is over. Slowly and almost imperceptibly it will get lighter again. Many of us feel exhausted from swimming against the tide for so long. Let's take new courage, because if we mentally adjust to the fact that the 2022 solstice will be followed by a turning point in time, we will actively contribute to promoting the ascension of the light forces on all levels.

The energy follows the attention, which is an irrefutable spiritual law. That is why confidence and anticipation are the best advisors if we want to live in freedom in the future! But what does life in freedom mean? Can we even imagine that? No! And we shouldn't even try. First, our imagination is limited by millennia of oppression, and second, if the future is to be truly free and self-determined, it must remain open.

In order to make the global state of waiting in which we are currently in a sensually comprehensible state, I would like to use the beautiful simile of the caterpillar and the butterfly once again. The clumsy, gluttonous caterpillar can hardly imagine that it will one day soar through the air as a delicate, winged creature...

One day, following an irrefutable law of nature, they stop eating and pupate. Viewed from the outside, there is now a total standstill. Inside the larva, however, a veritable battle is raging. One by one, the caterpillar cells must be dissolved in order to reform as butterfly cells. Applied to us humans, this would mean (expressed in the language of the Bible) that we have to “put off the old man” little by little, who only cared about power, prestige, and material pleasures.

For us as well as for the caterpillar cells, the inevitable transformation process is an extremely strenuous and painful affair, especially in the initial phase. As long as the caterpillar cells form an overwhelming majority, the old caterpillar consciousness still animates the entire organism. The caterpillar's immune system therefore defends itself as usual against everything it identifies as a foreign body and tries to destroy the first newly formed imago cells. Comparable to this in the human world are the aggressive, irrational attacks by a vast majority of defenders of the old order against a small minority of peace-loving lateral thinkers who resist peer pressure and dare to dream of great social change.

I think the famous example of the caterpillar and butterfly gives hope because it reminds us that natural processes are irreversible. There is no going back - neither for caterpillars that have entered the pupal stage nor for people who have seriously embarked on their inner transformation.

The natural development process progresses inexorably. More and more caterpillar cells dissolve in the butterfly larva. The resulting imago cells begin to connect with each other - and at some point, the miracle of the change in consciousness takes place: the organism inside the protective pupal shell suddenly no longer feels like a dying caterpillar, but as a nascent butterfly!

There are some indications that a comparable leap in consciousness is imminent for mankind. It will affect us all! The networking phase is already in full swing among those willing to change around the world. But from the moment when the constructive forces gain the upper hand, the overall atmosphere will change abruptly.

Wars and destructive conflicts of all kinds will come to a standstill. Lies and deceit will no longer be swept under the rug. The sometimes very exhausted fighters for a better world will unite and come into their full power. The victims of slander and persecution will be rehabilitated. And the particularly widespread type of follower who always goes with the flow will suddenly feel the urge to run in the opposite direction...

With the dawn of the butterfly era, the hour of self-determined people has come. They are already the pioneers of a new era, because they know what it means to follow their inner voice. Inwardly, they feel connected to a higher authority, they need neither external incentives nor rewards. Because they know their individual strengths and know how to respect their limits, they are able to cooperate. They do not feel the need to hoard material goods out of fear and concern for survival but are able to share and enjoy a good life for all at leisure. Such "new people" are not only to be found in the small, far-flung community of Freilerner, they are everywhere in the world - and they recognize each other.

Dreaming of global domination, the transhumanists can only aggravate the ills of this world - whether injustice, war, disease, or climate crisis - with their sorcerer's apprentice techniques. Best we ignore them, their lies, their staged disasters and the horror scenarios whose only purpose is to keep us in fear and dependence.

It is true that the earth does not need man for its salvation, but man needs the earth! And that we humans do not need rulers, but that the rulers are 100% dependent on the labor of their subjects. Once we disobey them and take matters into our own hands, they are over. Clairvoyant people confirm that on the subtle level the end of the inhuman power elites is already sealed.

What comes next is a mystery. Our extremely limited mind is unable to comprehend the completely different, the completely new. Let's heed Socrates' insight that ultimately we know nothing, so we can't plan or calculate our future. Let us – like playing children – prefer to leave the leadership to more reliable instances: the sensitivity of our body and the wisdom of our soul. The wonderful poem by the German poet and mystic Andreas Gryphius (1616 – 1664) may serve as a guide:

In anticipation of the coming
Alexandra

Alexandra Terzic-Auer , born in 1952. After interdisciplinary studies that I never completed, I worked for many years as a publisher's editor and translator. Children - my own and many others - have greatly expanded my worldview, as has working with kinesiology and systemic constellations. In the Freilerner movement, I see the beginning of a change in consciousness, which I happily support as best I can with my project "Scholé - leisure for heart and mind". → www.schole.at

Jahn J Kassl
Our German and English blogs are run separately, since not all of the messages are translated into English. In order to guarantee the clarity of this website and the pure frequency of all entries, the LICHTWELT portal refrains from advertisement of any kind. We will continue to do so with deepest conviction.  Which is why we ask you, dear reader, for your support: With your donation you can ensure this service and the existence of the LICHTWELT publishing house.
Source

Thank you!
ॐ Namasté - Blessings!
"Life is an echo, what you send out comes back."
© 2008-2022 crystalwind.ca. All rights reserved.
Sacred Feminine
What happens after death?
At The Point of No Return
Get This App Now!

We have 1308 guests and no members online