The Trap of Righteousness 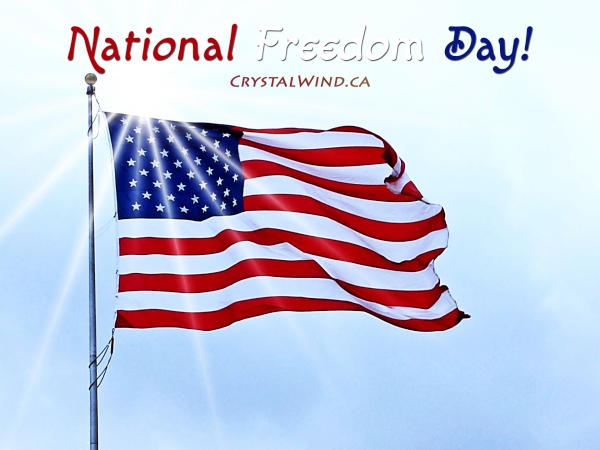 Today in 1865 the 13th Amendment, which formally abolished slavery, was signed by Abraham Lincoln. Thanks to the efforts of a former slave pestering Harry Truman, this day became National Freedom Day.

A little backstory: In 1863, President Abraham Lincoln issued the Emancipation Proclamation, declaring all slaves were free, but it didn’t have the authority of law. So an effort was made for a Constitutional Amendment, and on February 1, 1865, the 13th Amendment was signed by Lincoln, even though it took longer for the states to ratify it and legally abolish slavery.

Making February 1 into “National Freedom Day” began with Richard R. Wright, a former child slave who went on to be the first president of Savannah State University, a civil rights advocate and an author. He believed there should be a day when freedom for all Americans is celebrated, and invited national and local leaders to meet in Philadelphia to formulate plans to set aside February 1 each year to memorialize the signing of the 13th Amendment.

In 1942, when he was 86, he began actively lobbying for the creation of National Freedom Day, holding grassroots celebrations honoring February 1. Even though he went on a national speaking tour and worked with legislators to get the day recognized, he died in 1947, a year before National Freedom Day was signed into federal code.

The holiday proclamation was signed into law on June 30, 1948, by President Harry Truman, who issued an official proclamation on Jan. 25, 1949 establishing National Freedom Day on February 1. In the proclamation, Truman wrote:

Whereas the Government and people of the United States wholeheartedly support the Universal Declaration of Human Rights approved by the General Assembly of the United Nations on December 10, 1948, which declares that “recognition of the inherent dignity and of the equal and inalienable rights of all members of the human family is the foundation of freedom, justice and peace in the world”:

So on this day, please contemplate what “emancipation” and “freedom” would actually look and feel like to one who is enslaved. Then examine the cultural illusions, delusions, propaganda and desires you believe are real which enslave the minds of people around the world. “Emancipation from slavery” ultimately leads us to throw off the chains limiting our minds and hearts from experiencing all as One Life together.

Is The New Spirituality Just A Trend?
Death and Dying from a Shamanic Perspective
Spring Into the Adventure! How the Symbolism of Frogs Can Support Us Through Change

We have 1245 guests and no members online