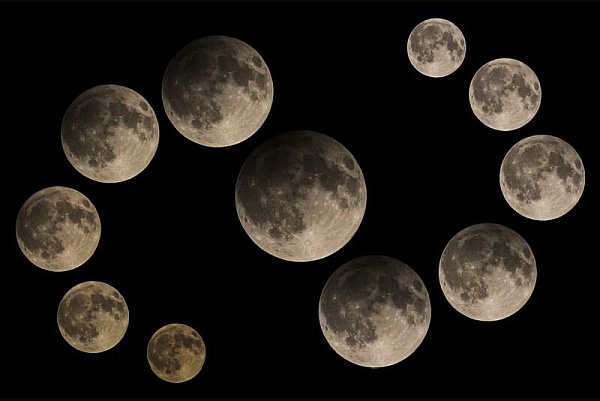 It is up to everyone to work together to create a ‘new normal’ in which the legacy of bigotry and unequal treatment no longer infects our institutions or our hearts. ~ former Pres. Barack Obama

Eclipse seasons can often feel like we’re riding this crazy roller coaster that has some how slipped off its tracks. This one has been feeling a bit more so than usual. Welcome to Eclipse season. In yet another unusual turn of events, we have 3 eclipses in a row coming up. Eclipses can be very unpredictable while at the same time feeling uncannily inevitable. This is because, especially with Lunar Eclipses, things have been building up for quite some time, and are now reaching a tipping point. Things are shifting. This is why it is not usually recommended to start new ventures during these periods. Best to wait until the dust settles to know exactly where we stand. This veil between the eclipses is where inevitable changes, insanity, endings and time warps converge. And all we can do is walk through the veil, to the other side.

Some will feel wired while others will feel totally exhausted and spent. Sleep is disturbed as we feel as if we are free falling in a time warp. The eclipse on Friday (or Saturday, depending on where you are in the world) is a penumbral Lunar Eclipse. The Moon is only about 50% eclipsed, so is not close. It will be barely visible as a shadow on the Moon where it is visible in Asia, Australia and Africa. But don’t let that fool you. This Lunar Eclipse on June 5th/6th is the first of a series of eclipses to fall on the Gemini/Sagittarius axis over the next 19 months, and this one is edgy, changeable and raw.

Eclipses have this way of encapsulating all of the astrological weather, all at once. Like a large weather pattern gathering on the horizon it dares to swoop down and engulf us. Therefore in order to understand the complexity of Friday’s eclipse, we need to break it down: This is a South Node Lunar Eclipse in Sagittarius, opposing the Sun and retrograde Venus in Gemini, exactly square Mars in Pisces, and square Neptune as well. Jupiter is the ruling planet of Sagittarius, and is retrograde in Capricorn conjunct Pluto. Mercury is the ruling planet of the Sun’s sign Gemini, and is currently Out of Bounds in Cancer. The Nodes of the Moon are the signs and degrees where the paths of the Moon and Sun would intersect. When a Full Moon or New Moon falls near these degrees, that is when we have eclipses. This is a South Node in Sagittarius eclipse, meaning that we are being shown what needs to be released, what needs to change for the sake of our evolutionary growth and development. And once we pay attention, once we see what we are being shown, our lives will never be quite the same again, and we can never go back to where we were. Something needs to end, in order to create a new and hopefully better beginning.

Those things we could be asked to release thru the South Node in Sagittarius:

Jupiter is the ruling planet of the sign of Sagittarius, and Jupiter is currently retrograde in Capricorn (our governments and institutions) and approaching a conjunction with powerful Pluto. Noam Chomsky once said: There are two sets of principles. They are the principles of power and privilege and the principles of truth and justice. He further explained that if you pursue one, it will diminish the other. When Jupiter is retrograde, as it is now, we are confronted not only with the unethical use of power and a lack of morality in others and within our society, it also compels us to look within, so that we ask ourselves: Are we living up to our own moral standards? Are we acting according to our own core principles and values?

Issues that can arise when Jupiter is conjunct Pluto: The unethical use of power and wealth; The unequal distribution of power and wealth; Using one’s wealth, privilege or power to harm or coerce others; Believing that the end justifies the means; and acting out of vengeance with the intent to harm or control others. The systemic racism and abuse of power in society that was being revealed leading up to the eclipse is not something new. It did not arise with this eclipse or the Jupiter/Pluto conjunction. But by seeing it now, having the evidence there for all to see, we are being asked to do something about it. The future evolution of our humanity depends on it.

What we are being asked to cultivate more of through the North Node in Gemini:

Mercury is the ruling planet of Gemini. It is also currently Out of Bounds until June 9th. When planets are out of bounds, it’s almost as if they are going rogue. They are no longer playing according to the usual rules. And they push past the limits of what is normally considered acceptable behavior in society. Mercury is here to say that sometimes you have to push past conventional limits in order to be heard.

The Lunar Eclipse is exactly square the planet Mars which will perfect a square to the Sun on June 6th, and a conjunction to Neptune on June 13th. The Eclipse is also square Neptune. Both Mars and Neptune are in the sign of Pisces, an idealistic and righteous sign. Mars has domain over anger, action, inflammation, fire, explosions, and the military. There is a strong urge to DO something when Mars is so prominent. And when people are mobilized and outraged, all that energy can be channeled in a constructive way as a vehicle for change. This is the stuff that protests are made of. In the throes of the Lunar Eclipse and Venus in its retrograde phase, we will all need to ask ourselves: What is our relationship to anger? How have we suppressed our anger in order to keep the peace and not rock the boat? How is your desire to maintain the status quo coming up against the necessity for change?

I hope that they continue to fight and I hope that they go out there today peacefully, as they did yesterday, and not blink because our country needs them, and needs you and everybody more than ever right now. ~ Rahul Dubey (man who sheltered protesters in his home during curfew, in Washington, D.C.)

Gemini and Sagittarius are signs of movement and travel. The world is gradually reopening as the pandemic subsides in some areas of the world: commerce is slowly returning, countries are reopening their borders, and travel is being reconsidered. However, the virus has not gone away. And the eclipse could be a vector. But although the virus continues to hover in the background of our lives, many have been called to another immediate crisis looming in our midst. A crisis that has been brewing for hundreds of years, and can no longer be ignored. One thing that became apparent as we approached the eclipse this past week, is the necessity, once and for all, to get to the very root of systemic racism, dissolving it at its core. We cannot grow into the light, if we insist on remaining in the darkness of denial. The evolutionary growth of humanity depends on it.

Some may ask what is going on with the United States? The Sibley Chart for the US (which is the chart that I use for the nation) has 12-13º of Sagittarius Rising. This Eclipse is at 15º of Sagittarius, spanning across the Ascendant/Descendant axis of the chart. Our self-identity is being challenged. Are we living up to our own standards?  We can remain stuck and refuse to grow, or we can look to the future with a strong determination to evolve. To be better. Not for nothing, the United States is also experiencing the early symptoms of our Pluto Return. Pluto in Capricorn is testing the foundations of this country for stability: its institutions, the government, its leadership, and the principles upon which it was founded. It can bring us down to our knees. Pluto could even be our demise. But it also has the capacity to shore up and build more reliable, more sustainable structures and institutions that we can rely on for centuries to come.

It’s natural to wish for life ‘to just get back to normal’ as a pandemic and economic crisis upends everything around us. But we have to remember that for millions of Americans, being treated differently on account of race is tragically, painfully, maddeningly ‘normal’ - whether it’s while dealing with the health care system or interacting with the criminal justice system, or jogging down the street, or just watching birds in a park. This shouldn’t be ‘normal’ in 2020 America. It can’t be ‘normal’. If we want our children to grow up in a nation that lives up to its highest ideals, we can and must be better. ~ former Pres. Barack Obama

We have 4242 guests and no members online