Uranus Stationary Retrograde at 11 Taurus
A+ A A- 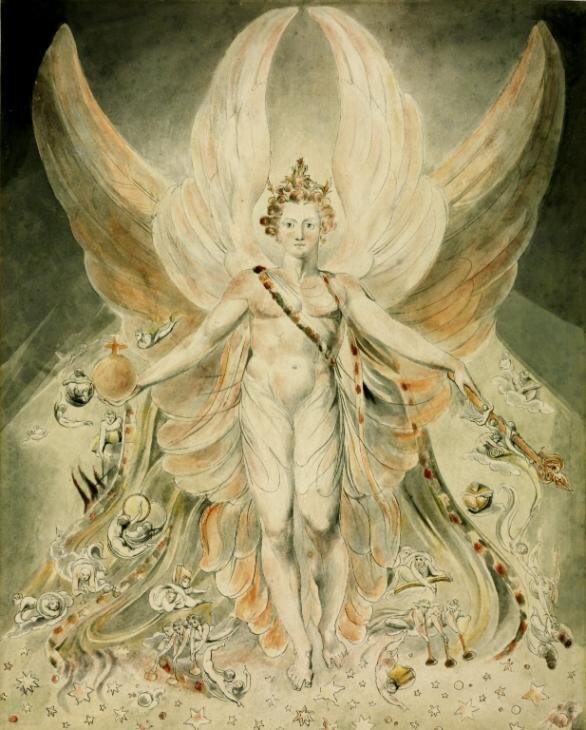 Don’t become something just because someone else wants you to, or because it’s easy; you won’t be happy. You have to do what you really, really, really want to do, even if it scares the shit out of you. ~ Kristen Wiig

The Full Moon on August 3rd was the first of 3 turning points. Changeable, challenging and unpredictable, the 3 fixed sign Full Moons on August 3rd, October 31st and January 28th, are also windows into our future. Building on one another, each of these moons are also closely tied to contrarian, unapologetic, and often revolutionary Uranus. What more can we expect from a planet that spins on its side instead of upright, like all its other brethren planets in the solar system? This weekend Uranus stations for its retrograde phase, digging in to the sign of Taurus, and reminding us of what it means to be radicalized.

One week after the Full Moon and days before the station, the United States presidential candidate, Joe Biden, chose a woman for his Vice Presidential running mate. This is not the first time that a woman was chosen as a vice presidential running mate. But it is the first time that a woman of color, the daughter of immigrants, was chosen. A woman who is a graduate from perhaps the most famous traditional black university in the United States. If elected she would become the first woman to be elected Vice President, the first person of color to be elected Vice President, and the first woman of south Asian heritage to be elected to high office. She would also be a heartbeat away from the presidency.

These Uranian Full Moons are harbingers of what is to be in 2021 and 2022, when Saturn will make a series of squares to Uranus, a window of opportunity for radical societal changes and reforms. Some might have been hoping for more radical reforms. Others not so much. Historically Saturn/Uranus cycles have often had large scale ramifications on the global economy, the environment, and grand movements for progressive reform. Whether these are constructive or destructive have much to do with human behavior and choices.

Here is one trend that can be followed with the Saturn/Uranus transits:

So for Joe Biden to choose Kamala Harris as his running mate so close to the station of Uranus and the Full Moon square Uranus, is a big historical deal here in the United States, much in line with previous historical movements associated with the Saturn/Uranus transits. A change whose time has come. A turning point.

Uranus will be retrograde from August 15th thru January 14th. For the 5 months that Uranus is retrograde we are internally processing, and acclimating ourselves to changes that have already occurred, or preparing ourselves for changes that we are planning for in the future. If Joe Biden and Kamala Harris were to win the election on November 3rd, just 3 days after that turning point Full Moon on October 31st, then they would take office on January 20th, just 1 week after the Uranus station Direct, and 1 week before the last turning point Full Moon on January 28th. The first Saturn/Uranus square will be exact in February. This is one trajectory for the Uranus cycle that is unfolding.

Change does not happen easily. These Saturn/Uranus cycles have brought both constructive, revolutionary and progressive changes throughout the world; but they have also ushered in tremendously destructive changes, such as the Saturn/Uranus conjunction in 1941 in the throes of WWII. They can be both constructive and destructive. But these cycles have often been shown to be turning points in history, with historic changes, breakthroughs, and major reforms, along with the necessity for us to figure out ways to adapt.

And so it will be in our own lives. Therefore this annual 5 month retrograde period of Uranus is a critical period for everyone: globally, nationally, locally and individually. Even if they don’t affect you individually they will affect you collectively. In our own lives, this is an important time each year to internally make sense of changes that have already occurred or that you wish to make. Therfore ask yourself: 1) how do I feel about changes that have been made? Am I comfortable with them? 2) If not, what can I do to adjust to these new shifts and changes so that I am more comfortable with them? If you are wanting or needing to make changes in the future, you might want to accustom yourself to the idea first. Think of it as a time of internal preparation. This is about processing what is necessary for you to be able to feel okay, and even wistfully anticipate the changes that are yet to come.

We also have a New Moon in the sunny sign of Leo this coming week, on either Tuesday or Wednesday, depending on where you live in the world. With a trine to Mars in raucous and fiery Aries, this Moon can be a good time to sow seeds, take action, or commit to being more proactive. We will want to take advantage of this surge of enthusiasm. Especially so since there are a series of temporary blockades and backslides coming up. Therefore use some of this positive enthusiasm to keep you motivated throughout the upcoming doldrums. We will need all the motivation we can muster.

If you wish to set intentions with the New Moon, think about where and how you might want to make a new start or commitment; where you might want to take some action or make something happen. New Moons are good times for initiating new beginnings. This New Moon falls on August 18th in the Americas. That will be in the early morning hours of August 19th in Europe. Here are some things that this fiery Moon might be especially good for launching:

Image - Lucifer in his Original Glory by William Blake

We have 1609 guests and no members online