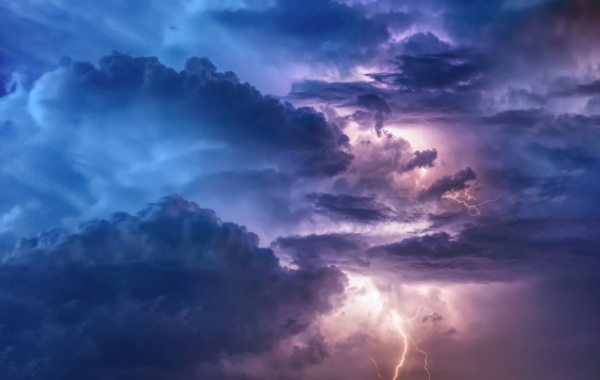 As I gave you in the overview of the month a week ago, we are now in the heart of an extraordinarily intense storm zone as the Sun opposes Mars and Mercury goes stationary retrograde!

This storm zone began on October 6/7 as Mercury made the first of 3 oppositions to Uranus. This gives a “nervous intensity” to everything, but also a line of direct inspiration from the Divine Awakener to the rational mind. This can be inspired mind, or the awakening of group ties.

Mercury opposing Uranus all month indicates a time when “penetrative brilliance” is in the air, though it does mark a line of tensional awareness which heralds the hard squares between Taurus and Aquarius coming in January 2021. Use this Mercury retrograde to take a look back at how you’ve been called to a different dignity in your relationships in 2020, remembering you are the representative of your truth, goodness, and beauty in your world.

Mercury opposed Uranus was immediately followed on October 9-10 with the second Mars square Pluto coupled with Moon in Cancer squaring the Sun and opposing the Capricorn stellium, creating a Grand Cardinal Cross! The next day on October 11, the Sun squared Jupiter and quincunxed Neptune. That set the “zone of squares” into activity which we’re still feeling today and tomorrow which will extend while the Sun continues to square the Capricorn planets and opposes Mars on Tuesday, October 13, 90 minutes before Mercury goes stationary retrograde!

We'll all feel a major energetic shift after the Sun opposes Mars on October 13, but keep in mind that opposition is exactly partile square Pluto, creating an intense friction with major integrative potential between October 10-16. It falls exactly at 22-23 of the Cardinal signs, so if you have a planet there, protect what needs protecting, nurture what needs nurturing, and play good defense.

Given that the Sun, Mars, and Pluto are all very powerful "Yang" types of energy, Mars is the key to positive expression, since it is stronger than the Sun, and Pluto's invisible influence is shaded by Saturn. As Mars is finished with its square to Saturn until January, it indicates that energy is receding, even if temporarily brought back into play by the Sun.

We’re solidly in Sun opposition Mars territory from now through October 16. Take a look at your balance. Is your life in relative equilibrium? Is anything out of balance, and how can you restore the balance by slowing some things down, or resuming things in the near future? All Beings need a rest, and this marks the mid-point of Mars retrograde. The task during the retrograde is to slow some things down before resuming forward motion as the retrograde ends. Things will feel much different by the end of October.

The Squares Continue Through the New Moon in Libra

October 15 brings Sun square Pluto, and October 16 brings the New Moon at 24 Libra opposed Mars and square Jupiter, Pluto, and Saturn, so the need for good Cancer energy continues! The storm culminates October 18-19 with Sun square Saturn, Venus opposed Uranus, and Mars square Jupiter all within a 17 hour span! Because aspects are very intense during the time they are immediately separating, the skies won’t be clear until October 20.

The powerful Cardinal squares with this major Sun-Mars-Pluto T-square in mid-October is shaking some things up and recalibrating many things, so make sure your shields are holding and keep playing good defense until the storm is past on October 20. Keep focused on what truly concerns you, and care for what needs caring for. Secure what you must and keep playing it safe for a while.

All Transiting Aspects Show A Need to Manage Our Responses

As I told you in the Overview for October, transit to transit aspects should not be taken personally, as they are universal energy phase relationship which each of us respond to in our own way. Even if there's a huge amount of friction in the atmosphere, we still have the power to respond in productive ways, turning the dynamic tension to potentially beneficial ends. Often these intense periods can help us reintegrate how we express what we care about.

For example, though the tension of the late Aries to late Capricorn energies are pervading the atmosphere, this can release powerful productive forces for those with planets in late Taurus, late Leo, late Virgo, and late Sagittarius if those planets are functioning in a healthy way. If not, welcome to the hurricane forcing you to change your way of thinking or responding!

The Sun in Libra triggering the T-square(s) challenge us to find the right perspective and balance in our relationships, integrating various factors which need recalibrating. These squares from Libra to Capricorn represent the culmination of structures we’ve been building all year which will serve us in 2021. The Sun helps us keep the ideal in view as we move through this intense storm zone, and illuminate needed repair work. Be careful and cautious this week, and take heart, since what we’re integrating now will bring us into the Light of a new day in November.