Venus Astrology in August and September 2022 - Venus in Leo

Beltane And The Saturn/Uranus Square Of 2021 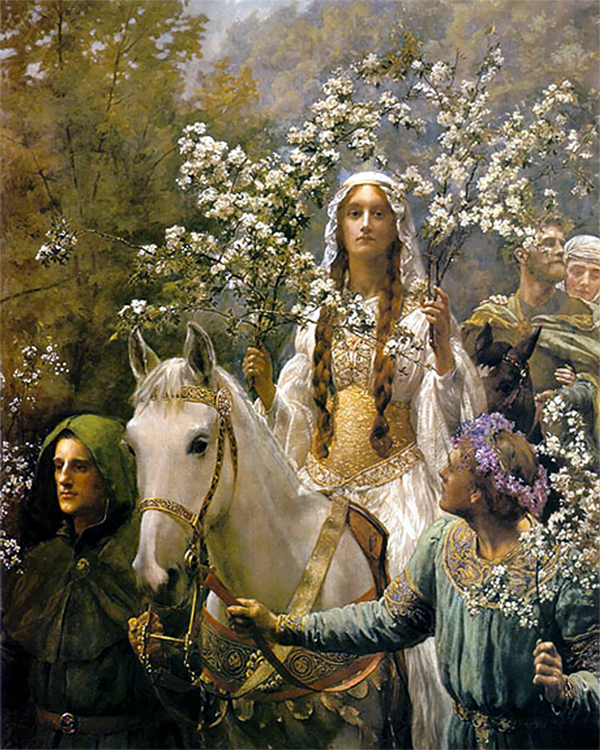 The cross quarter festival of Beltane was traditionally celebrated half way between the Aries Equinox, and the Cancer Solstice. A holiday that appeared wantonly decadent to the Protestant fathers of the 16th and 17th centuries, it’s Maypole celebrations with its blatant sexual and pagan connotations were banned and declared offensive. What this Solar celebration was, however, was a celebration of emerging new life, the fecundity of Spring, of the birds hatching from their eggs, and the flowers blooming on the bough. The greening of the earth was seen as a time of transition and purification and hope and renewal.

The Queen of the May is the Goddess of the Flowers, Flora, the fertile young Maiden of the Earth. And so it is she, the May Queen, that we honor at this cross quarter time of the year, with milk and honey, maypoles and flowers, the fertility of the land, and the glory of the trees and fields all blooming with life. And so it is with Taurus. The sign of mid-Spring in the Northern Hemisphere. The sign of the Earth Goddess in all  her vast display. Our divine Gaia, Flora, and Persephone re-emerging from the hidden secret depths of the Earth herself.

The ideal of Taurus is one of peace and serenity. A time for slowing the pace in order to take note of the greening of the trees, the blades of grass unfolding. This would all be well and good, except for Uranus who has been digging up the lawn, repotting the flowers, and shifting things around and about for the past few years. We have more to come. Uranus will remain in Taurus until 2025-26. And this week, the Sun in Taurus will be in the same degree of Taurus as Uranus, activating the prevailing and polarizing Saturn/Uranus square.

Change is not a terrible thing. It is change that permits us to grow and evolve, and aspire to be a better version of ourselves. But in the years when Saturn is also in the picture, conflicting, competing and vying with Uranus… this is when we get this polarization that we’ve been experiencing. Saturn’s job is to save, protect, and conserve. And so it feels threatened by change. Full on Saturn feels that change will threaten all that it has worked so hard to build up and withstand the vicissitudes of time. By contrast, Uranus sees Saturn’s old rules and systemic traditions as an obstacle to freedom, an oppressive restraint against growth, civil rights, and creative expression. Saturn fears Uranus, and sees the changes it brings as destructive. Uranus feels Saturn is oppressive, stifling and controlling.

In society this is being played out in divisiveness and tension, as the need for control contrasts with the need for freedom and reform. We are experiencing growing pains. A threshold is being crossed. Rules are changing and needing to be revised. Saturn in Aquarius, in and of itself, is about systemic reform and breaking glass ceilings. Saturn will resist, and Uranus will rebel. The impact of the inevitable changes that will arise will have an impact on the economy, the environment, and within the very social structures and institutions themselves.

There are those who identify with Saturn: holding on desperately to what once was; what they are most familiar with; conserving and saving a past that once was; wanting things to stay the same, and fearing the impending changes that appear to threaten all that they were accustomed to relying on in the past. Then there will be those, who identifying with Uranus, will want and even demand greater freedom and civil rights; who will react to out-dated, oppressive or draconian institutions and laws that stand in the way of their personal freedom of expression; those who want to see innovative and progressive change that more accurately reflects an evolving society. If you were to fully examine these, you may see yourself identifying with Saturn in some areas of your life, while identifying with Uranus in others. What we associate with freedom, and what we associate with control, can be very different from person to person.

In our own personal lives these can also be expressed and felt as internal conflict. If you have made some major changes, or are now in the midst of making them, or are planning on making changes in the not so distant future, you will find yourself in the throes of adaptation and adjustment to the new normal. But even good changes can bring a certain amount of sadness and remorse for what we leave behind. We look with anticipation at the door that is opening before us, while wistfully longing for the one that we just shut behind. We think it must be either/or; or this or that. We fear that the changes we make will be catastrophic. Yet if we don’t make the changes that are necessary, we will strain against the limitations that bind us and prevent us from growing.

The answer may be quite different for each of us, and so is much more complex and nuanced than it may seem. It’s not always yes or no; or right or wrong. Sometimes the correct answer may be somewhere betwixt or between. This is a time of innovation and invention and creative ingenuity, which is why we have been advised all this past year, not to grow back to what we once were, but instead to strive  towards what we can become.

And so we may ask:

It’s only after you’ve stepped outside your comfort zone that you begin to change, grow and transform. ~ Roy T. Bennett

We have 1042 guests and no members online