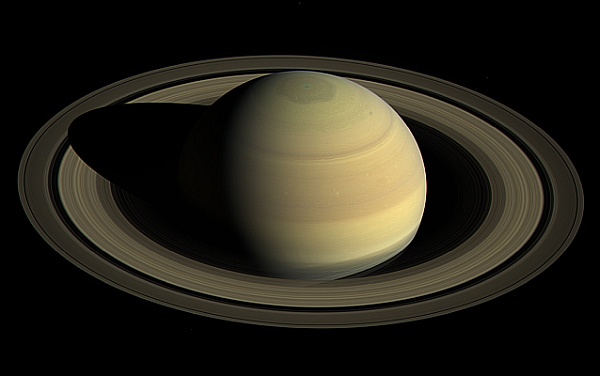 On October 10/11, Saturn went stationary direct at 7 Aquarius. It now begins to bring forth “cosmic mutations” not born of local conditions. From here it moves forward in its journey to 26 Aquarius, where it will go stationary retrograde in June 2022.

Saturn is now in its closing (waning) phase with Uranus, and as it goes direct, it resumes the very powerful transforming square in play between December 2020 and August 2021. These two planets play a huge part in how we fulfill our individual destiny, since Saturn’s mastery of the visible world gives structure to Uranian genius. By how we respond to opportunities to individualize, making them grounded and effective over the long haul, we come to express our unique talents and purpose for being a Spirit in the material world.

This is the next turning point in the dance of individualization we do with these two spiritual heavyweights. This square requires “right action” either to correct something, turn a corner on something, or block something already in motion which needs to move in a different direction.

Saturn square Uranus requires us to stay focused on the permanent patterns behind all things during this time of catabolic activity breaking down old structures, rules, and limitations. We all are seeing what’s important as we learn to ignore the unimportant while expressing our part to play in the larger spiritual group(s) we’re involved in, demonstrating good Leo and/or Scorpio energies as circumstances require. Trust the process which brought you to this point of emergent unknowns showing permanent patterns behind the changing forms.

Saturn and Uranus were in a beneficial waning trine between late 2016 and late 2018, bringing new ways of blending the old with the new, as well as ways to innovate life structures so they allowed us more freedom and individuality. In 2019-2020 they made a tredecile and biseptile. The first biseptile from Saturn to Uranus was January through May 2019, which began the crystallization by Saturn of the seeds of the Uranus biseptile Pluto already planted. These biseptiles marked major forks in the road of destiny, as Saturn has made these visible in the world. While Pluto’s influence is invisible, Saturn’s is highly visible.

Saturn is bringing form and structure to the “invisible seeds of radical transformation” indicated by the various biseptiles between Uranus and Pluto. The previous one occurred between October 2019 and mid-June 2020, which marked an extremely volatile period in world events, as well as a time of crucial choices and changes in our lives related to Capricorn and Taurus sectors. Interestingly, Uranus and Pluto were in tredecile between June and early November 2020, made another biseptile between November 2020 and May 2021, and approach their final one between late Dec 2021 and mid-April 2022.

These Plutonic seeds were next given form by the biseptile between Saturn and Uranus in December 2019 and early January 2020. The final biseptile occurred non-stop between July and November 2020, and it’s easy to see that was a major “turning point in the road of destiny,” where the future of the world was on the line as the irrationality of our times set the tone for the extraordinary conflicts of 2021 and 2022.

The area between 7 and 14 Aquarius is in the “Scene of Contribution” with 7-10 dealing with emotional and social activities, and 11-17 dealing with individual, philosophical, or spiritual level. We experienced Saturn’s first transit of this span between February and May 2021, and are now done with the retrograde phase where we got a new look at that span from a different angle of approach and understanding. We now get to move forward a third time across this span, demonstrating we’ve learned the lessons our inner Saturn wanted us to learn. Because it’s Saturn, it all relates to our ability to demonstrate maturity, organization, and patience in taking command of our life trajectory.

Saturn has occupied its stationary direct degree at 7 Aquarius since September 30, and will continue until October 23. We now launch from this platform of spiritual protection and the emergence of new things from “non-local sources.” We now get a third look at our Spiritual Sisters and Brothers walking the same path we’re on, seeing new mutations, future patterns, a vision launched, and a new view of the types of contribution we want to make within the greater group spiritual work.

From here it transits 7-26 Aquarius, bringing structure and form to Jupiter’s promise when it transited these degrees between mid-January and mid-April 2021 and again when retrograde between late August and mid-October, when it goes direct at 23 Aquarius, moving forward through 26 Aquarius by early December 2021. This relates to our “graduation into a new realm of being” beginning May 2020, expanded by Jupiter the first time in April and May 2021, and a second time in August 2021. Jupiter will complete its task of opening “the Transfiguration Zone” in December 2021, and Saturn will complete the process when it transits the TZ in February and March 2023.

It is helpful to regard 2020 as a training period for our “Group Performance” related to our current and future group work, with the December 2020 Jupiter conjunct Saturn “Grand Mutation” at 1 Aquarius, marking a point at which past and future separated. That conjunction set a 20 year Aquarian pulse into play, as well as a 200 year era of Air sign dominance. Humanity and the Earth are evolving out of a 200 year era of being stuck in materialism into a 200 year era of relatedness and movement.

Saturn’s many conjunctions of January and March 2020 set the stage for all that will come over the rest of the first half of the 21st century. That was a very intense period of multiple conjunctions between Mercury, Venus, Sun, Mars, Jupiter, Saturn, and Pluto, all in the last decan of Capricorn, with Jupiter making three conjunctions with Pluto at 23 and 25 Capricorn throughout 2020! The longer wave cycles will last 12 and 33 years, and so they set the structures which will dominate the world stage for many years to come.

Saturn in its home signs of Capricorn and Aquarius makes it extraordinarily important in all our lives between 2019 and 2024. We had our Capricorn lessons in 2019-2020, and have our Saturn dominated Aquarius lessons on our plates from now through March 2023 when it enters Pisces. This year and next are excellent for learning how to embrace our inner Saturn in Aquarius to fulfill everything we need to know about taking command of our lives and sense of fulfillment.

For now, take a look back at what you first encountered between January and May 2021, and see how the review since then has helped you get ready for the adventure promised now that Saturn is again direct in motion. This is the Cosmic Timekeeper about to reverse course again and get back on the move, so it’s also time for us to move!

I’ll publish part 2 on this important moment in Cosmic Time this week, with Sabian symbols, aspects, and more.