Fascination, Passion & The US Pluto Return

Fascination, Passion & The US Pluto Return 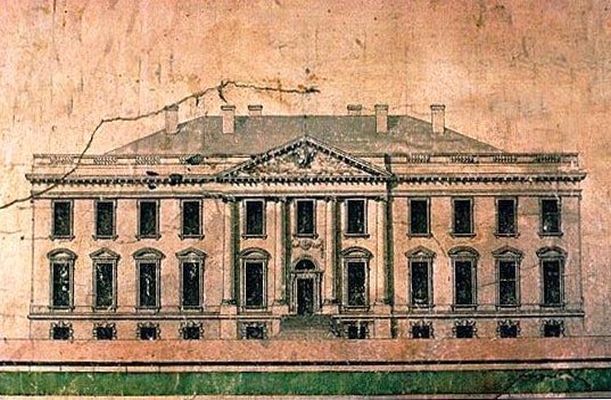 The only way to discover the limits of the possible is to go beyond them into the impossible. ~ Arthur C. Clarke (Technology and the Future)

Jupiter and Uranus made their exact sextile on Thursday, February 17th, but we still have a few weeks to take advantage of this fabulous window, which will receive an additional surge with the New Moon in Pisces on March 2nd. So lean into it. And use it well. It is a fortuitous juncture filled with sudden chances, new ideas, revelations and new possibilities.

Sextiles don’t force us to do anything. There are no conflicts, discomforts or edginess to to get out of or avoid. Sextiles are just windows of opportunity that open up and then depart. However when we do take advantage of these fleeting transits, they can open up these doors along with our perspective, allowing us to see things in a whole new light. Inventive, illuminating and open, this is the sort of transit that shows us that we don’t have to keep doing things the way we always have in the past, and that there might actually be better and more clever ways of approaching our work, our problems, our conundrums.

Here are some ways to lean into the Jupiter/Uranus sextile:

Venus and Mars will be closely conjunct one another through March 20th. And even beyond that they will continue to be close enough to influence one another for some time. This is a passionate and romantic combination that can ignite the embers in our hearts. Channeled through the sign of Capricorn we can use that passion to achieve excellence and even some personal bests. For in Capricorn it’s all about quality, and putting our best for forward. Venus/Mars in Capricorn asks us to do what we love, and to do it with perfection.

Venus and Mars are seducing us with their wiles this week, filling our hearts with a bit of whimsical and romantic reverie. They are conspiring and colluding to draw certain people together, and to bring us in touch with that which will make our lives just a bit more soulful, meaningful and enriched. The intensity will come later, so enjoy it while you may. When channeled into what we do, Venus/Mars weather can be incredibly creative and soulful. Especially so this week as they sextile Neptune and trine the North Node in Taurus. Just the right way to welcome in the Pisces season this week.

This will also be when Venus finally emerges from her shadow period after the retrograde. For when Venus stationed retrograde on December 19th, she was at 26º of Capricorn and deeply embedded within the ambit of Pluto. And this week, on February 20th, Pluto also makes its first exact conjunction to the US Pluto. The other two will be July 11th and December 28th. We’ve been gradually working towards this Pluto return, unearthing, upending, deconstructing and reconstructing.

Pluto takes 248 years to make one complete revolution around the zodiac. We don’t live long enough to experience our own Pluto Returns, but countries can. And the United States is currently in the throes of its 1st Pluto Return. Pluto is a very slow moving planet, and as such its orbs of influence are long and far-reaching. This is not something that suddenly pops up, it has already been working its way through the systems and infrastructures of our lives, and within our own society, deconstructing, breaking down, while also hopefully evolving. The United States is suffering from tremendous growing pains.

Pluto reveals the dark underbelly of the systems of our society, and leaves nothing off the table. It begins with deconstruction, showing us what is no longer valid, what we have outgrown, what is no longer sustainable. Symptoms of a struggling Pluto in Capricorn are things like: Grandiosity and the Abuse of Power; Authoritarianism, Psychological Manipulation, Greed, Corporatocracy, Plutocracy, and believing that the End Justifies the Means. The desire for wealth and power becomes the goal, even at the expense of our ideals and the very foundations of our democracy.

The planet of birth, death and rebirth, of deconstruction and reconstruction, is also about our capacity to evolve under pressure. As pieces of our infrastructure begin to fail and crumble, will we be able to transform these into more sustainable, more relevant structures and systems that will support us for decades and centuries to come? Positive Pluto initiatives look like: Empowerment, Strength, the capacity to Evolve and Grow, Disclosure, Truth, Healing, Reinventing and Rebuilding.

Working with Pluto is one of the hardest things we can do. It requires a huge amount of humility, and a willingness to look at our deepest and ugliest wounds. Not with guilt, shame or regret, but with honesty and integrity and a resolve to do better. Because we can do better, and find healing and growth in the process.

So whether this Pluto Return is to be about the utter deconstruction or the fabulous reconstruction of a Nation is yet to be determined. For it is ultimately up to us all as a nation, every one of us, to determine what the outcomes will be.

If civilization is to survive, we must cultivate the science of human relationships ~ the ability of all peoples, of all kinds, to live together, in the same world at peace. ~ Franklin D. Roosevelt

Image:  Elevation Drawings for the White House by James Hoban