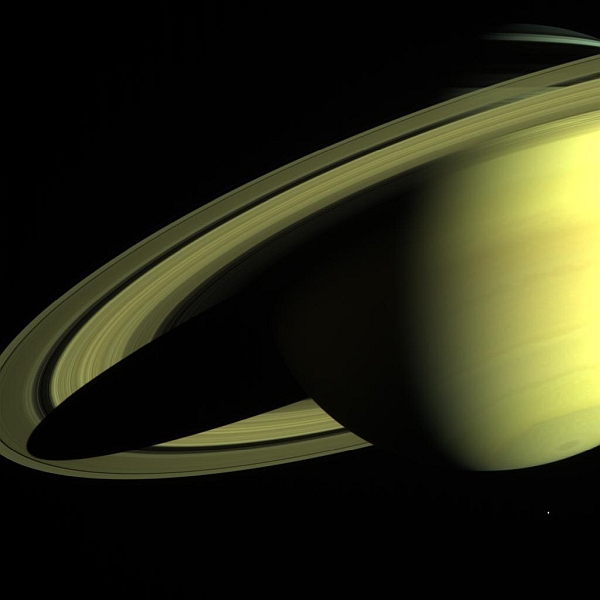 While I believe we won’t be entirely in the Age of Aquarius until the third quarter of this century, I recently came across an article where HPB stated the Aquarian Age began in 1900. I also know that Sri Yukteswar put the entrance to the Dwapara Yuga as 1899.

How is the Age of Aquarius related to the Vedic concept of the Dwapara Yuga? It is said that the Dwapara Yuga is the "Era of Electromagnetic Remembrance," which certainly sounds like the Aquarian Age, given the relationship between Aquarius and electricity! Today we’ll examine what Blavatsky said about this Era, and what it promises.

The article is titled “The Golden Age, Aquarius, and the Ringed Planet,” written by Carlos Cardoso Aveline and published in the Jan-Feb 2005 issue of Quest, a Theosophical magazine. He begins by stating “In the last paragraph of The Key to Theosophy, H. P. Blavatsky suggests that the earth could be "a heaven" in the twenty-first century compared to the nineteenth century,” and from SD Questions and Answers, ‘one of the several remarkable cycles’ coming to a close in the end of the nineteenth century was ‘the Messianic cycle of the Samaritan (also Kabalistic) Jews of the man connected with Pisces.’"

And she explained: "It is a cycle, historic and not very long, but very occult, lasting about 2,155 solar years, but having a true significance only when computed by lunar months. It occurred [in] 2410 and 255 B.C., or when the equinox entered into the sign of the Ram, and again into that of Pisces."

Geoffry Barborka, author of The Divine Plan comments: "Since 2155 year is the time period for the duration of each of the cycles of the age of Aries and Pisces, and as the Piscean age began in 255 B.C., the date of the beginning of the Aquarian age is 1900 A.D…."

The transition of astrological ages is a complex process, though, and its effects may take a few hundred years to become perfectly visible….. HPB made a bright prophetical statement as to the karmic content of this period:

Error is powerful only on the surface, prevented as she is by Occult Nature from going any deeper; for the same Occult Nature encircles the whole globe, in every direction, leaving not even the darkest corner unvisited. And, whether by phenomenon or miracle, by spirit hook or bishop's crook, Occultism must win the day, before the present era reaches Sani's (Saturn's) triple septenary of the Western cycle in Europe, in other words—before the end of the twenty first century A. D. (Collected Writings 14:27)

Saturn’s number is 7; a “triple septenary” would be 21, thus the 21st century. She mentions Saturn because Saturn is indeed the timekeeper for all cycles, both involutionary and evolutionary. Saturn is how we become mature spiritual adults, able to fulfill our purpose for being alive on Earth. The coming “Initiation of the World” requires that Humanity, the planetary mind, begin to work cooperatively with the Earth and all Her creatures if life is to continue.

Saturn helps us structure the body, feelings, and mind into a coherent personality which can serve as an adequate vehicle for the Higher Self in all of us. It is a slow process, as Saturn teaches us patience, planning, and perseverance despite outer conditions or inner conflicts. HPB believed our inner Saturn and the planet Saturn are “in one sense identical,” even if we must distinguish between the ways it expresses in the various worlds of our experience. In other words, what we learn from Saturn on the material level is different from what we learn on the spiritual level, even though in the final analysis it’s ALL Saturn!

As you know from my book Saturn: Spiritual Master, Spiritual Friend, Saturn rules all form of karma, Karma, time, and the structures we build and replace throughout our lives. It represents the results of past karmic patterns, but also what is termed Kriyamana karma, the new karma we create by our current choices in each moment. Saturn's quality of Divine Understanding allows us over time to use every opportunity to come to happiness and contentment with our essential destiny, or Dharma.

In the article, Aveline offers:

Master of concentration, Saturn has an important role to play in the ladder to heaven taught in the Mithraic mysteries of ancient Rome. It is said that this ladder has seven steps. The first one corresponds to "the sky of Saturn," that is, the spirit of that planet. In any sacred ladder, the first step upward presides over the transition between the lower ground and the way to heaven. The first step makes us confront the borderline between the material and finer dimensions of life. Thus, astronomically, Saturn is the planet of the rings and establishes the limit between the "domestic" and the "galactic" sections of our solar system….

Saturn has many names, and in Isis Unveiled we read: “Ilda Baoth, the "Son of Darkness," and the creator of the material world, was made to inhabit the planet Saturn, which identifies him still more with the Jewish Jehovah, who was Saturn himself, according to the Ophites, and is by them denied his Sinaitic name. From Ilda Baoth emanate six spirits, who respectively dwell with their father in the seven planets.

These planets are, as HPB explains, Saturn, Mars, Sun, Moon, Jupiter, Mercury, and Venus, the same celestial bodies that form the Mithraic ladder to heaven. HPB acknowledged Saturn as the king of the golden age. In many different traditions there is a direct relationship between the awakening of the higher mind and the emergence of golden ages. In Buddhism and other religions, gold (or yellow) is a symbol of pine [sic] consciousness and spiritual soul. Any golden age is an age of buddhi manas, or spiritual intelligence, and there is a direct connection between this higher mind and Saturn.

In the twenty-first century, Saturn's influence and lessons help us recover at least parts of the golden consciousness that leads to a golden society. In our present cycle, it means the awakening of the sixth, intuitive subprinciple, within the fifth, mental principle, or simply the rebirth of a spiritual intelligence, a higher level of consciousness from which the next civilizations must emanate.

As you know, Saturn rules both Capricorn and Aquarius, symbolizing the discipline and vision any Truth seeker must have to fulfill their essential destiny. Saturn symbolizes the lessons we must learn to take our place in the spiritual field of builders of ideals of a greater good for all Life on Earth. As Fellowship is a keyword for Aquarius, Saturn’s coming time in Aquarius can serve to help us build the structures of a greater good which will come forth after the Grand Mutation of 2020 at 1 Aquarius, launching a new 20 year and 200 year Era of human evolution!

The structures of the new Aquarian Era will begin to be built when Mars conjuncts Saturn at 1 Aquarius on March 31, 2020. That is the same degree of the Jupiter conjunction with Saturn in December 2020. So consider this year to be one of allowing Saturn to be your "Spiritual Master, Spiritual Friend," as you gently, persistently, and wisely use patience and self-discipline to transform your responses and rise to a new vision or ideal.

Saturn’s virtues allow us to negate the old negative karmic patterns we have generated. By choosing how we want to express ourselves with goodwill, understanding, and effective expression, we’ll accelerate our personality integration so we can express our Higher Self in the future. As we learn to be mature and wise in our responses, we become our unique expression of "the corrective Force of Nature Herself," and ARE the love, wisdom, and intelligence we previously sought.

As we become the wise expression of Saturn in outer circumstances, we have the power to accomplish many things within the Ring-Pass-Not of each circumstance, and exemplify the traits which are needed in the moment and will heal the world. If you want to know more about your inner Saturn and what you need to change negative karmas to positive karma, claiming your power to fulfill your purpose on Earth, please get your copy of Saturn: Spiritual Master, Spiritual Friend. As you make friends with this wise, understanding inner guide, you will find yourself feeling fulfilled in ways you never imagined before now! And remember, this is a work of many lifetimes, so relax into the adventure, since you have nothing to lose except your fear.

We have 1305 guests and no members online