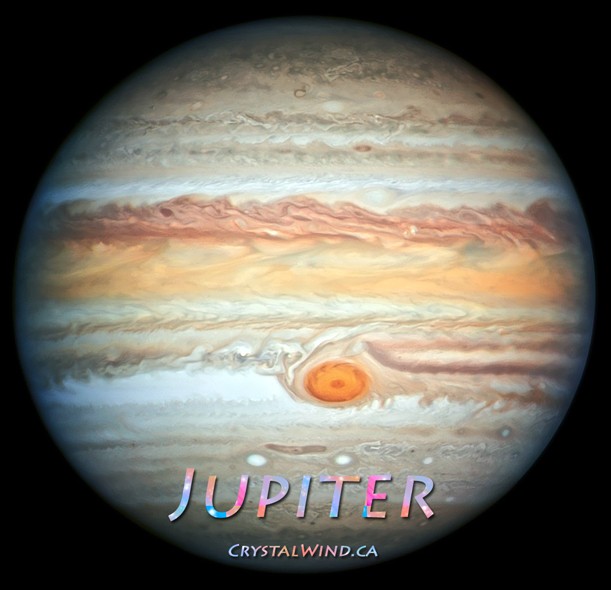 Even the most impalpable, eluding of the four elements is retained by Earth’s gravity, creates pressure allowing for water to exist, and is held together by atoms chemically bound to one another. A Fixed sign ruled by stringent, unswayable Saturn, Aquarius describes broad, complex systems as much as the co-implication, causal dynamics, rule-based and relation-based structures that become the container to their very existence.

Fixed doesn’t mean lacking in nuance. Air doesn’t equal disarray. What’s more, both ideas and systems are demarcated by boundaries that sort what is included and what is left out, and yet, inclusion and exclusion are largely contextual: everything, boundaries included, derives its meaning from other proximate notions. Society is not a dysregulated, haphazard organism. Our collective human experience is contained within socially produced and reproduced (and often violently othering) meanings and systems of rules, and yet it calls for an ongoing process of adjustment and adaptation.

This month, not only does Saturn re-enter Aquarius after a last reappearance into Capricorn; Jupiter, the Greater Benefic, cosmic facilitator of growth and magnification, will also pick up dignity and leave behind the maltreatment suffered in Capricorn, the sign of its fall, to take up residence into the domain of the Water Bearer.

The much talked about Great Conjunction (which I will elaborate on in a separate post) will take place shortly after, with both planets — the rigid disciplinarian, and the lord of plenty — sanctioning the start of a new, 20-year astrological cycle. Aquarius is an archetype and an environment that we will be exploring, experiencing and perhaps reimagining in great depth over the course of the next two decades (let’s not forget, Pluto is also going to change signs in 2023-2024).

While Jupiter’s ingress into Aquarius is not something that we can understand separately from Saturn’s transit of the same sign, as the co-presence of these two planets will be a major defining factor in the astrology of the near future, Jupiter’s impulse towards breadth, abundance and increase filtered through the lenses of Aquarius will undoubtedly be detectable throughout the course of the next twelve months (minus a brief stint into Pisces).

Jupiter will then enter Pisces, the sign of its domicile, on May 13, 2021, where it will remain until July 28, 2021, having turned retrograde on June 20 (please be aware that the specific dates might vary, depending on your time zone).

On July 29, Jupiter will re-enter Aquarius, stationing direct on October 18, 2021. The Greater Benefic will then leave Aquarius for the last time, with a triumphant entrance in the waters of its nocturnal domicile on December 29, 2021.

What to expect when Jupiter enters Aquarius?

Jupiter has been in the sign of its fall for the past twelve months. A fallen Jupiter is a Jupiter that has to work harder on Jupiter things — growing, trusting, amplifying. Jupiter in Capricorn was hope entwined with survival, grace under pressure, faith at the bottom of the barrel. A quest for meaning that consumed us down to the very marrow of our bones.

Jupiter’s ingress into Aquarius is going to shift this narrative. Aquarius is not a sign where Jupiter is particularly dignified, but it’s also not as debilitating as stern Capricorn for the planet that rules over optimism and levity. In this Air sign, he who bears fruits (frugifer, an actual epithet of Jupiter) will be finally able to channel its generative energy into humanitarian pursuits.

In Aquarius, Jupiter is a hand lens magnifying the image — and the importance — of our interaction patterns, of our role within the groups and organizations we’re involved in, of the dialectical process between social actors. Community involvement becomes a conduit for growth: we will likely feel more inclined to cultivate connections that awake our social awareness and facilitate the establishment of peer support networks, gaining unprecedented insight into communal set-ups in the process.

Too, with Jupiter in Aquarius, those very same encoded rules (formal or informal) that shape our social settings might go through a phase of reformulation, becoming more inclusive with respects to those individuals whose experiences, voices and perspectives have been historically relegated to the margins of the mainstream discourse. Outsiders looking in. Poor and working class people. Fat people. Disabled, mentally ill, chronically ill people. Trans and gender-expansive folks. Women. People of color. Individuals who stand at the intersection of one or more of the aforementioned experiences.

Jupiter in Aquarius holds the potential for the expansion of normally fixed social bounds; identities that have been perceived as being at deviance with perceived cultural norms might end up considerably impacting the pulse and vibes of the world we live in, ushering new cultural variants. We have seen this process of transformation gestate in our collective consciousness for years; Jupiter in Aquarius, and the Great Conjunction in particular mode, might be the time when it finally starts coming to fruition.

Examples of this dynamic are traceable throughout the previous transits of Jupiter in Aquarius as well.

What happened during the previous transits of Jupiter in Aquarius?

On a global level, Jupiter’s previous reconnaissances into the sign of the Water Bearer have coincided with occasions of representation and visibility for many who were used to being overlooked or ignored. Jupiter in Aquarius saw the emergence of catalysts for communion and synergism — figures, events and phenomena that fostered a sense of connectedness and affinity, containers that allowed members of the same communities to find each other.

Glass ceilings were being shattered. Stigmas were being broken. Social reforms and progressive attitudes towards politics and education were being promoted. While Jupiter’s transits of Aquarius didn’t exactly bring people’s attention towards the root causes of systemic issues, it certainly emphasized and encouraged a more broad-minded perspective on social and global dynamics.

The UN General Assembly proclaimed 2009 the International Year of Reconciliation and the International Year of Human Rights Learning. The resolution invited “international and non-governmental organizations as well as governments to support reconciliation processes among divided societies. It also asks them to plan and implement adequate cultural, educational and social programmes to promote the concept of reconciliation including holding seminars and conferences in order to disseminate information on this issue.” [source]

On February 1st,  2009, Jóhanna Sigurðardóttir was elected to be the first female prime minister of Iceland, and the world’s first openly LGBT head of government. The next year, she and her partner Jónína Leósdóttir became one of the first same-sex married couples in Iceland.

Grindr was launched in March 2009, sparking a significant transformation in the dating dynamics of the LGBTQ+ community.

On October 24, 2009, the First International Day of Climate Action was observed.

On February 21, 1997, Tyra Banks made history as the first Black woman to appear on the cover of Sports Illustrated.

In August, 1997, Diana, Princess of Wales, was killed in a car crash in Paris, leading to vast displays of grief around the globe. Dubbed ‘the people’s Princess’, Diana was known for her charity work, and her activism centering AIDS patients and the removal of landmines was part of what made her an icon. In the words of Sociologist Deborah Steinberg,  the reason for such widespread, global wave of grief had less to do with Diana being a member of the Royal Family and more with people associating her with social change and a more compassionate, equitable society: “I don’t think it was hysteria, the loss of a public figure can be a touchstone for other issues.”

The first novel in the Harry Potter series, Harry Potter and the Philosopher’s Stone, was first published on June 30, 1997 by Bloomsbury. Joanne Rowling, its author, was advised to adopt the pen name J. K. Rowling just before the publication, in order to disguise her identity as a woman, so that the book could be taken seriously . Previously a single mother living on welfare benefits after escaping domestic abuse, Rowling was successively named by Forbes as the first person to become a US-dollar billionaire by writing books, the second-richest female entertainer and the 1,062nd richest person in the world.

On January 21, 1998, Pope John Paul II became the first Catholic pontiff to visit Cuba; the visit marked a change in relations between the Church and the government of Fidel Castro, with the Pope condemning the US embargo against Cuba a few days later, on January 23, 1998.

Jupiter in Aquarius: a summary

Hopefully, Jupiter in Aquarius will restore our hopes for a brighter future and remind us that we are co-creators of a history in the making — personally, collectively.

No matter who we are, or better yet, precisely because of who we are, there is a place for us out there, an affirming space that is responsive and receptive to our stories, that honours our unique identity, and that amplifies our potential for bringing about significant change on a broader scale simply through showing up as we are.

If you want to know more about the way Jupiter in Aquarius might impact you personally, my readings are open! If you’d like to purchase a reading, but have questions about my approach and the techniques I use, feel free to get in touch.

If you enjoyed this post and would like to support my writing and forecasting without purchasing a service, you can send donations via PayPal or Ko-Fi. Thank you! I appreciate you.