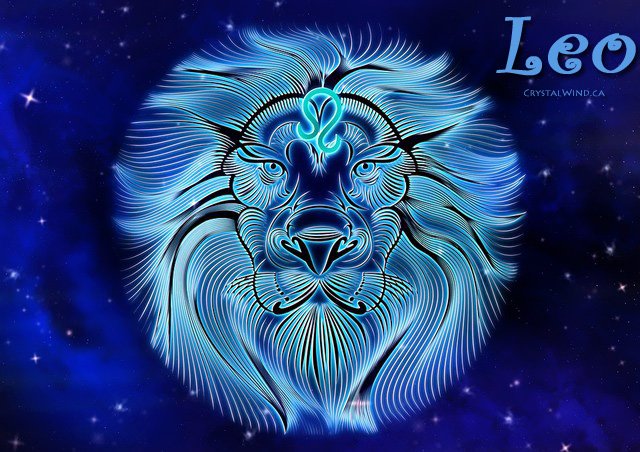 Today we celebrate the royal sign of Leo and explore the shining qualities of this dynamic, playful, loving, powerful Fire sign that represents the principle of Solar Fire, one of the three cosmic fires pervading our solar system. We all have this "kingly" or "queenly"a noble quality in our charts, the area where we are the law, the light, and the center of power holding court in our personal solar system. Leo shows us the way to center ourselves in our Higher Law.

I opened the door to a new way of viewing the signs relative to the season for the two hemispheres in the article The Mirroring of the Northern and Southern Hemisphere Year Cycles in Astrology. If you're down under, please reference the concepts put forth there, since Leo in the Southern Hemisphere consolidates the decisions of Cancer (the heart of Winter) into new forms of natural self-expression. You might say this begins the "warming up" of your Winter, which will lead into the practical adjustments and preparations in Virgo for your Spring.

We decide some things in Cancer that allow us to re-integrate our personalities toward self-gathering of what we need to ensure us our supply. These all show as new ways of life, self-expression, and enjoyment of how we are connected to doing our being naturally in Leo. In the Northern Hemisphere, we are now in a period of extending our enthusiasms and spontaneity – thus a time of traveling, celebration, vacation, and family involvements before the return of more practical matters in September, the time of Virgo, the harvester.

This period indicates dramatic combustions that force us to release old patterns and demonstrate new ones more appropriate to who we really are. Find a larger vision, new friends, new goals and ambitions, and if there is a sense of frustration, decrease egoism and be more inspired and flexible.

Beware of excessive pride or jealousy in self or others, and remember that each being is the center of their own Solar system. As a rule two different Suns in too close a proximity usually generate sunspots, Solar flare-ups, and turn everything within range a little crispy. However, when our Sun is shining at its best, we overcome any tendencies to make things sterile and bring forth the natural fruitfulness in all things and circumstances.

August is usually dominated by the Fire sign energies of Leo. We all got a huge re-set of our royal Leo potential during the year Jupiter was in Leo from July 2014 through August 2015, and each year until the next Jupiter transit of Leo in 2026-2027 we’ll power up a variation of that potential each time any of the inner planets transit Leo.

This year that energy was renewed when Mercury led the parade of inner planets through Leo beginning July 19, followed by the Sun when it entered Leo on July 22. Venus will join the Leo celebration on August 11, and remain in Leo until September 4/5. That means in 2022 we’ll have had Leo in play for only 48 days, a fairly quick run. That will change in 2023, as Mars enters Leo on May 20, Venus enters June 5, Mercury enters July 10, Venus goes retrograde in Leo on July 22, and remains in Leo until October 8. So next year we’ll have one or more planets in Leo from late May through early October!!

Now let’s get back to our celebration of the Sun in Leo. When the Sun spotlights Leo, we are shown the light in this phase of the twelve-step evolutionary process that was started in Aries, stabilized in Taurus, expanded in Gemini, and consolidated in Cancer. The process is now undergoing a fundamental combustion showing as a creative projection of that energy, preparing for the practical refinements and adjustments when the Sun enters Virgo.

Every time the Sun rolls through a sign it illuminates and vitalizes the energies set into motion when the outer planets last occupied that sign. For example, every year between 2003 and 2014 we renewed the “Light of Jupiter” from its transit of Leo between August 2002-August 2003. Now each year as the Sun transits Leo we renew the “Light of Jupiter” we were shown between July 2014 and August 2015, and renew our vision of how those expanded energies could manifest for this long cycle lasting until 2026.

Leo is symbolically associated with the Lion, a sign representing the regal, self-sufficient, magnificent ruler of their own domain, fierce, quick, sensitive, and noble. The more evolved Leos demonstrate the wisdom-power of the little cats, sent by Bastet, the Great Cat of ancient Egypt, to teach humanity how to serve the Divine Order through all its local manifestations in our house cats. In the year cycle we can now use the needs and decisions we discovered and made in Cancer to act creatively on our own behalf.

We now know what we care about, and can act decisively on that. In our Leo experience each year we renew our connectedness with life, on the basis of the Cancer experience where we found stability and emotional identification with our widened vision of ambition or worldly service begun in Aquarius, the sign showing us how Leo exteriorizes. This was deepened in Pisces, glimpsed and communicated in Aries, concretized and anchored in Taurus and incorporating new ideas and information in Gemini.

Mythologically, Leo is the sign of the King/Queen, the ruling nobility of that which shines eternally, the central force of light and heat in any fixed field of activity. This function is the direct representative of that which bestows life, the central order of any given "realm." It also is the Orphan, in that the ruler has no one to defer to, no one who can make the decisions that must be made about the order of things, the laws of the system.

Leo is where the buck stops and starts, and as such symbolizes the Divine Power of Spiritual force used to curse or bless, destroy or allow. In the wisdom-tradition, it is said that there are good Kings and Queens, as well as bad ones. Historically, we have Arthur as the symbol of the good King that blesses the knights to embrace their holy quests, and Herod as the symbol of the bad King, one who would destroy all life that might someday challenge his hegemony.

Leo, when freed of the traps of pride, inflexibility, egocentrism, sulking, vanity, arrogance, and dictatorial childishness, demonstrate a magnanimous dignity and authority that is fearless, courageous, honorable, humble, devoted, and self-sacrificing. This is a playful sign, and can be the best of companions when among their loyalists. Sometimes oblivious to threats (as they will not even deign to acknowledge them!), they are fierce in protecting their own.

They are loyal, and expect it in return. And, like the mother lion whose cubs are threatened, they will fight to the death to protect their offspring, both literal and figurative. They are the embodiment of love incarnate, and when well adjusted, show as powerful leaders, friends to all, and a force majeure in anything they are involved in. They are capable of becoming world leaders who change their world forever through their light and power.

Think Helena P. Blavatsky, aka "HPB," who brought the Eastern Wisdom to the Western world, founded the world-wide theosophical movement, and is revered as a saint in parts of Asia for the restoration of Buddhism. A voluminous writer of books and translator of the legendary Tibetan text Voice of the Silence, she gave the world Isis Unveiled which shredded the traditional western accounts about religion and philosophy, as well as the awe-inspiring volumes of The Secret Doctrine, a miracle translation work of ancient historical chronicles outlining the "cosmogenesis" and "anthropogenesis" for our solar system and Earth.

In it are the foundations of all we know about creation mythologies, the powers latent in the human vehicle, auras, chakras, the seven planes of our known existence, and Mu and Atlantis, to name just a few subjects covered. It is the source material for anyone who would understand humanity's awesome Spiritual nature and heritage. The other founder of the Theosophical Society was also a Leo, Henry Steel Olcott. Besides this gift to the world, he was renowned as a man of absolute integrity who cleaned up several corrupt departments in the American government and a highly respected author of many spiritual works.

An interesting pair of world-altering Leos puts the spotlight on King Louis XVI and Napoleon. The former was the last king, executed in the Reign of Terror. A few years later another Leo, Napoleon, became the Emperor of France and ended an old world order while ushered in a new era for Europe, the Americas, and even the rule of law itself. Napoleonic Law is somewhat different than other kinds of law, and is still a force in the world today.

In the world of astrology we find four greats in Alan Leo, Max Heindel, Llewellyn George, and Sydney Omarr, and in the spiritual world we have the amazing Sri Aurobindo. (I have Leo rising, so is it any surprise that at one time or another I've studied the works of all of the above?!)

I found an amazing Leo chart, if true. There's a site that claims the Virgin Mary was born August 5, 21 BC, in Jerusalem with 10Cap57 as the Asc. And yes, it is true that she is celebrated on September 8 by the churches, but that only dates from the 6th Century.