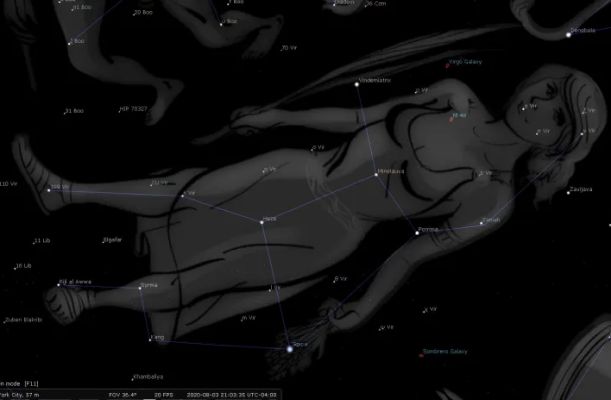 Messier 87 (M87, Virgo A, Virgo Galaxy) is an 8.6 magnitude supergiant galaxy with several trillion stars in the constellation Virgo. It is one of the local universe’s largest and most massive galaxies.

It has a jet of energetic plasma that originates at the core and extends at least 4,900 light-years. It is also one of the brightest radio sources in the sky. M87 has an active supermassive black hole at its core.

Philip Sedgwick [1] calls M87 the Super Galactic Center. My research on Black Hole astrology confirms his findings that the most significant manifestation is sequential monogamy, or co-dependence and dysfunctional relationship behavior.

M87 gives intense powers of attraction, charm, sex appeal and commitment. However, the partner feels captured, engulfed and consumed. The native is so needy and demanding of time and energy that the relationship ultimately fails.

Although breaking up is especially devastating for M87 people, it is not long before they find themselves in the next committed relationship. Black Hole astrology gives an obsession with finding the perfect partner. Sometimes, relationships can be replaced by a career or special calling. But the result is the same. No one person or job can make them feel satisfied or fulfilled. They always want more and more.

Thankfully, most people turn to spirituality for answers. There is the realization that some childhood wounds must be healed. Once the energy-sucking, demanding behavior is eliminated, an evolutionary stage of development allows room for a soul mate. Some will also become healers, teachers, agents of enlightenment and promoters of change.

In The Black Hole Book, Alex Miller [2] says that Black Hole astrology promotes change and transition and can be challenging to work with. Black Holes represent a complete reversal of the status quo. Many manifestations seem negative, but their high drama can often elicit rags-to-riches stories.

Theoretical physics states that Black Holes are doorways to parallel universes, alternate realities, and higher dimensions. Making contact with one in our daily lives can often feel like that. Like we have been uprooted from the everyday reality of the Light World and thrust into an alien environment, an Underworld which, although ominous and threatening, can also be the repository of vast riches and the wealth of knowledge of the subconscious. 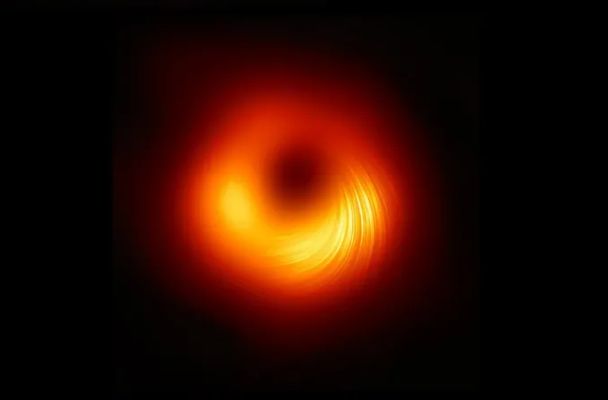 Sun conjunct Black Hole: Magnetic, forceful and attractive. Attract the right people at the right time. Outwardly changeable, capricious, adaptable, chameleon-like. Determined and driven with the ability to shift events in their favor dramatically and unexpectedly. Can affect events and transform the status quo. Difficult to penetrate and know. Deceitful or artful. Ability to remake self completely several times throughout life. Resilient and adaptable, ability to live different lives. Creative and insightful but disruptive, dramatic reversals, and sudden upsets. [2]

Moon conjunct Black Hole: Frequent moves of residence or changes in living conditions. Much energy and time are spent in the home, draining resources on repairs and redecorations. May own more than one home. Volatile and intense emotions but unlikely to brood. Unstable home life, secrecy and privacy in personal and home life, misdiagnosis, and frequent image changes. The mother may have been unapproachable, vacant or absent, manipulative, domineering and controlling, or smothering and overprotective. Repressed early childhood trauma. The mother may be a drain on energy and resources in later life. [2]

Mercury conjunct Black Hole: Deep thinker, quick-witted, keen and penetrating mind. Can see what others cannot. Powerful intellect capable of assimilating and processing vast amounts of complex data. Creative thinker, but can get bogged down in details. Unable to bring insights into reality. Ideas are not easily understood, believed or taken seriously. Can see patterns and plan. Trouble deciding between two or more options. Overwhelmed by choices. Susceptible to misinterpretation, misunderstanding, misrepresentation and deceit, but can detect lies and have a good sense of truth. Also good at lying and keeping secrets. May be deliberately deceptive and tricky. A persuasive speaker can be seen as too calculating. Able to build logical, well-thought-out arguments but have difficulty conveying a message. Ahead of their time with unique points of view. Can wound with words or inspire and encourage. [2]

Venus conjunct Black Hole: One over-powering, all-devouring passion for an individual or a cause. An insatiable appetite for love, intimacy and romance, finances, and creative expression. Flighty or too fixated on superficialities. The likelihood of at least one radical reappraisal of values throughout life. Long-term relationships may be challenging to achieve or prove ongoing sources of energy drain and require a great deal of attention to maintain. Many short-term, volatile relationships. Forms attachments quickly, almost unguardedly. [2]

Mars conjunct Black Hole: Fluctuating or variable energy levels, an uneven feeling or vacillation between two poles of vibrant action and listless torpor, with periods of hyperphysical activity alternated with lassitude and withdrawal. Bouyant and active one day and lethargic or debilitated the next. There can be a great deal of energy at the native disposal, although tapping into it may not be easy. A tendency toward accidents, rash and impulsive action, clumsiness, stubborn and willful or resolute and determined. [2]

Uranus conjunct Black Hole: Strong need for independence. Genius-level insights but also madness. Extreme rebelliousness and satisfaction in shocking others. A nonconformist, maverick persona. Creative thinking and a unique perspective that favors problem-solving. Stubbornly willful and unconcerned with the ramification for others of one’s actions. Problems with computers and technology. Natural talent for the sciences. They May devise brilliant theories or inventions ahead of their time, but challenging if not impossible to implement given current circumstances. [2]

Neptune conjunct Black Hole: Strongly escapist, which can manifest as alcohol or substance abuse. Problems with addiction or codependency. Highly empathetic with a strong spiritual core. Tendency to gloss over problems and unwillingness to face unpleasant truths. Issues with clarity or lack of focus but highly creative and aesthetically advanced. Musical or poetic abilities. [2]

Pluto conjunct Black Hole: Functions as a catalyst for others in crisis or transition. A natural affinity for mediating between realities. Issues with extreme jealousy or possessiveness. A marked tendency to act behind the scenes, to manipulate or attempt to control others, May become obsessed with secretiveness that can result in an overly closed, withholding personality. A strong urge for power and extreme willfulness which, if thwarted, may degenerate into obsessive/compulsive behaviors and bizarre quirks or eccentricities. [2]

All fixed star positions are for the year 2000. Add one degree per 72 years to correct for precession.