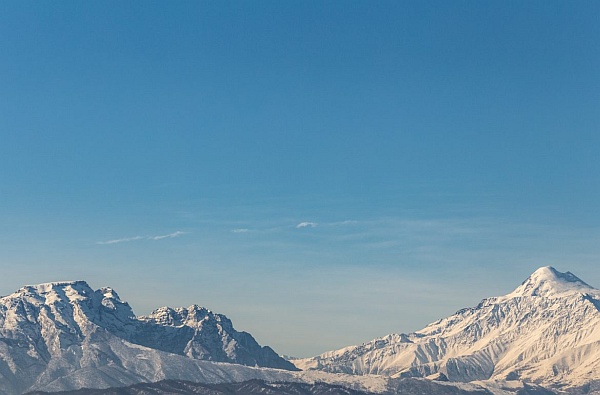 On February 16, exactly a day before Mercury’s Retrograde Station, Mars joins the Capricorn stellium, and it’s almost certain that no other Mars could navigate us through the dreamy, nebulous haze  of Mercury Retrograde in Pisces better than Capricorn Mars.

Astrologically, Mars is exalted in the sign of Capricorn: when raw power meets focus and discipline, it becomes unstoppable force. The rigorous, autocratic environment of Capricorn is highly conductive to Mars’ drive and impetus, turning his spark into sheer, commanding firepower that is harnessed through self-mastery and directed towards the ultimate purpose.

With ambition as its compass, Mars in Capricorn is not inclined to immediate, impulsive action or short-term gratification; its MO is thorough, unrelenting, deliberate, an effective blend of foresight, endurance and strategy. The kind of Mars that keeps us tethered to the shore while we are lost at sea, and reminds us where we’re going. That grounds us while we’re flying blind. That is in for the long haul and plays the long game, patiently waiting for Mercury to station direct on March 9 before urging us to mobilize our plans and work up from there.

Until then, Mars’ job is that of keeping us on track, so that we don’t derail from the path we have chosen. During a Mercury Rx cycle, reality is typically in flux: Mercury Rx is normally a time for course-correction, re-alignment and adjustment. Everything is fluid, changeable, unsettled, especially when the Retrograde happens in the most fluid and changeable of signs. Nothing is certain, or completely transparent. Situations, perspectives and dynamics shift and morph constantly, and us with them. Fortunately, the consummate strategist that is Mars in Capricorn possesses an unparalleled sense of timing: he knows when it’s time for action and when, instead, the circumstances call for a more passive, contemplative approach.

While Mercury is Retrograde, the drive and practicality of Mars in Capricorn are best channelled into long and short-term plans that are also flexible — think defining the most critical uncertainties, preparing responses, anticipating change, imagining creative solutions, all while being aware that there are myriad of ways in which reality can unfold at this time; multiple scenarios that we can and should probe, without fixating on any of them.

The cosmic ‘green light’ arrives on March 9, with Mercury’s direct station: at that point, we will be able to take charge, focus on ‘what’s next’ and actualize our strategy in light of what has been revealed and clarified. While the post-Retrograde shadow is not exempt from glitches, mishaps and communication breakdowns, the no-nonsense, ‘go for it’ attitude of Mars in Capricorn will help us feeling in control of the proceedings, less burdened, less overwhelmed, perfectly capable of ascending towards our personal peak, one hold at a time.

If you want to know more about the way Mars’ ingress into Capricorn might impact you, you can purchase a personalized reading.

You can also support me with a simple coffee or donate via PayPal (see sidebar).

Picture by Roman Karpenko.
Cristina Zodiac Poetry
Hi! I'm Cristina and I've been blogging about Astrology and consulting with clients since 2013. To me, Astrology is personal, spiritual, political and magickal at once, and it should be used to uplift, empower and clarify. This is what I do with my clients.
Source Here
You can keep up with me on Facebook and Instagram, where I will post daily musings and detailed interpretations for the current aspects.

We have 2045 guests and no members online