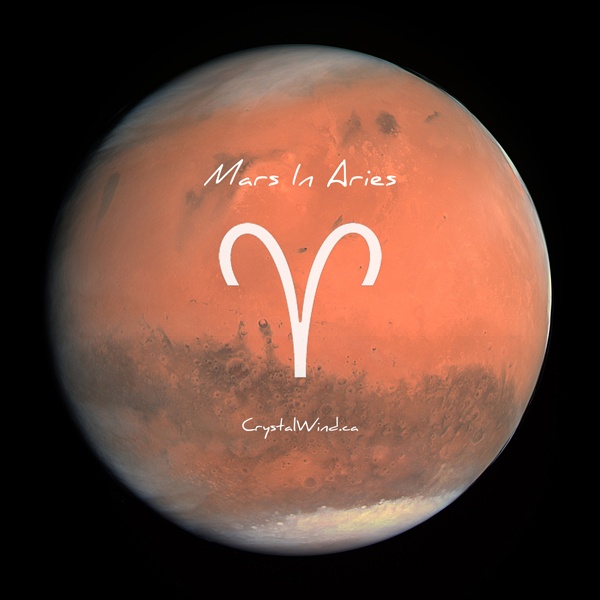 That puts the shadow zone between 16 and 29 Aries, and around 8:30 pm PDT on July 24 Mars enters the degree where it’ll go SD in mid-November. I’ll be writing quite a few articles about the coming retrograde which will post as it comes closer.

Mars retrograde is a time when things slow down and may even be thrown into reverse. It seems that much which is initiated during the initial transit of the shadow zone gets undone, redone, or postponed while Mars is retrograde. While it can be great for reworking a plan, or focusing on other things which will support the main play after Mars goes direct, mostly Mars retrograde frustrates the ability to get things done in any sort of timely manner.

Because all retrogrades bring back things from the past, whether for review, reconsideration, or re-thinking (Mercury), re-valuing (Venus) or re-working (Mars), they often link with other celestial events in the past, giving us a new interpretation, new value, or new way of “attacking the problems of life” related to those prior events. Since Mars is the part of us which gets aggravated at things and people, a Mars retrograde period is good for looking at buried anger, or frustration at how that prior event got misdirected. It’s definitely good for slowing some things down so we can figure out how to get them on a better trajectory in the future.

This Mars retrograde period will bring up a lot related to the parts we’ve played in “the Cosmic Choir” which awakened via the Uranus transits and stations at 29 Aries between July 2017 and February 2019. We will get a look back on how events since then have shown us what aggravates us about those roles, or how to do those roles in a different way. This retrograde will help us take a look back as we stand on the threshold of a new Era!

Time To Adjust to A Different Pace

The Mars data you notice over the next 7 weeks will be clarified after the Sun opposes Mars on October 13 on the same day that Mercury goes SRX at 12 Scorpio. By the time the Sun opposes the Mars SRX degree around October 20-21, we’ll begin to feel things speed up a little even though the energies will still be impossibly intense due to the Mars RX squares to Capricorn planets between late September and late October. In any case, over the next few weeks adapt to the slowing pace of things, get as much done as possible with an eye to things slowing rapidly over the next few weeks, and prepare to put some things on hold for a little while by the end of August.

Again, take a look at what's been set into motion with an eye to building in delays and redirecting efforts to secondary things which will support the main play when Mars is again direct in mid-November and things will rapidly develop after that. The time before Mars goes retrograde is good for doing what must be done so that other related things can be done later, as well as examining what’s working and what’s not. What is bogging down your life? That’s where to put your focus.

With Mars’ retrograde station at 29 Aries, get ready to take a new look at techniques to focus your potency to achieve an individual, mental, or spiritual effectiveness. Be courageous, patient, deliberate, and as graceful as possible in expressing your most genuine and authentic self.

As I noted in Chapter 2 in my book Saturn: Spiritual Master, Spiritual Friend,

Mars' duality is Grace/Sin. This is the aspect of consciousness that shows whether our responses are manifesting error or truth, maladjustment or beauty. By our Martian function we force things before their time or confront abrasive, aggressive, or hostile energies in ourselves and others, and thus we learn how to sever what must be severed, and further what must be furthered, quickly and directly. (As an aside, the original meaning of “sin” had nothing to do with moral failure. It was an archery term meaning “to miss the mark,” or not hitting the center of a target. I use it here in that sense.)

With Aries, “what you see is what you get.” Aries can only do things their own way, and they have to figure that out for themselves. When Mars transits Aries, we are shown how to do things in a direct, efficient, and effective way once impulsiveness and impatience are overcome. Wherever it’s happening in your chart is where these “lessons of how to do things” are playing out.

I’ll give you more in coming weeks, since the initial squares we encounter in August will be back when Mars is retrograde in October. Expect elements of hyper-magnification (Mars square Jupiter), dishonest/coercive elements seeking to divert efforts (Mars square Pluto), and misguided efforts at control (Mars square Saturn). Look to what is being exaggerated, assumed, dishonest, or has a fatal flaw in its structure, whether in situations or what is being asserted.

Since we’ll be dealing with Mars in Aries through early January 2021, if you want to know more about Mars in Aries, please take a new look at Mars Enters Aries – What’s Coming The Next 6 Months!

We have 1801 guests and no members online