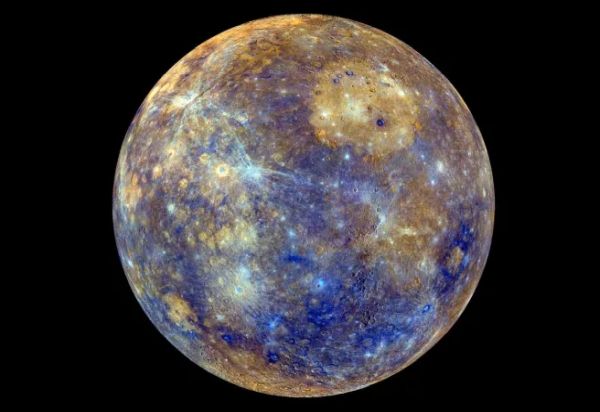 Generally, Mercury retrograde is associated with communication and technology breakdowns, nervous anxiety, travel delays, and lost items. Mercury retrograde September 2022 gives quick thinking but impulsiveness, hastiness, and a tendency to say too much.

Transiting Mercury in retrograde is a regular cycle occurring three or four times a year for about 24 days. While this is more frequent than any other planet, Mercury is still only retrograde 19% of the time. This is far less than Jupiter outwards but more than Venus and Mars.

Retrograde Mercury is generally a problematic influence. It can bring challenging news and restrict and delay thinking, communications, and travel. This may lead to nervous anxiety, disagreement, arguments, technology breakdowns, and lost items. Business negotiations may be in a state of flux. Some crucial details may not yet be available, and others may be unreliable or dishonest.

The riskiest times for decision-making, negotiations, communication, and transport are the few days on either side of the exact retrograde and direct stations. But there are positives such as reminiscing about the past or unexpectedly meeting up with people from your past.

The retrograde phase is just one part of the retrograde cycle. Mercury travels direct, retrograde, and direct again over the same degrees or the retrograde zone. The two direct phases are called the shadow periods. The illustration below shows the apparent retrograde motion of Mercury as seen from Earth.

Mercury enters the retrograde zone on Saturday, August 20, 2022, at 24°11′ Virgo [see chart]. During the first shadow period, you will get an idea of the thinking, communication, or transport issues that may arise during the retrograde phase.

Mercury stations retrograde on Friday, September 9, 2022, at 08°55′ Libra. It makes two planetary aspects, as shown in the chart below. A favorable trine to Mars and challenging opposition to Jupiter. 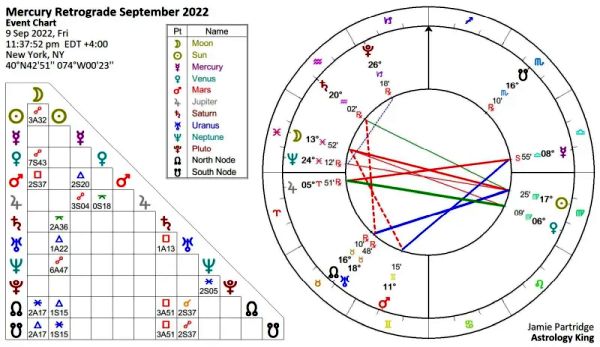 Mercury trine Mars brings quick thinking and reflexes and a sense of adventure that are ideal for making on-the-spot decisions, taking risks and making bold plans for the future. Confidence in your thoughts or ideas and a persuasive communication style are great for debating, asking for favors, public speaking, and sharing thoughts you might otherwise keep to yourself.

The assertive and exact nature of your thinking and communication means this is the perfect time to defend yourself, your loved ones, or an issue you care about. This is also a good influence for sharing your passionate thoughts, telling someone how attractive they are, and asking them on a date.

Mercury opposite Jupiter brings big ideas and grand plans; you should feel optimistic and sociable. You may have many ideas and cover a lot of ground, but may need to narrow your view or take on fewer projects. Take care not to skip over the details or believe you can handle more than you can.

This aspect can bring opportunities for success, but greed or overconfidence would lead to loss, scandal or embarrassment. This is an excellent time to question your plans, ideas, and beliefs. Others may question or challenge you, forcing you to examine any weak points in your arguments. Any beliefs or opinions that are too far from the social norm may cause controversy.

Mercury stations retrograde in the Sign of Libra on September 9, 2022. But as the star map below shows, it is actually in the Constellation of Virgo. This discrepancy is due to the precession of the equinoxes. It has moved the Sun Signs almost a whole Sign out of alignment with the Constellations from which they were named over 2000 years ago. The Signs were invented initially only as a measuring device. Astrologers had always used the visible constellation and their stars for astrological interpretation. 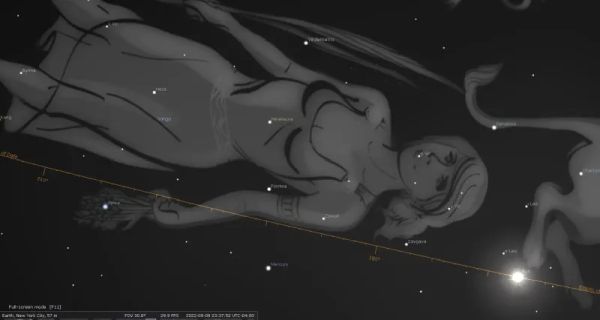 Mercury stationary retrograde aligns with two major fixed stars in the constellation Virgo. Vindemiatrix is the closer of the two, and its influence will predominate.

Vindemiatrix gives falsity, disgrace, stealing, and wanton folly and often causes its natives to become widows. It is of the nature of Saturn and Mercury. [1]

Vindemiatrix figures strongly and regularly in deaths that are in some way dramatic, newsworthy or resented in much more than the usual degree by those left behind (assassinations, common criminal murders, executions, airline disasters etc.) Many do indeed feel a strong religious calling. [3]

Vindemiatrix rules the center of the right kidney. When any planet energizes this degree, especially the Moon, there is a fear within these individuals that they will lose their partner. Through their own fear, they project the loss. They are given the opportunity to work with this fear and release it. If not released from the subconscious level, the fear they carry will materialize, and they become widowed. [3]

It is essential, therefore, to think twice before making bold statements. There is an increased risk of gossiping, boasting, offending people and promising too much. Try to be more conservative, considerate and modest. In this way, you can take advantage of the opportunities for success that these combined aspects bring.

Natal Mercury in retrograde motion suggests there may have been a problem with how you thought and communicated in an earlier life. Perhaps you gave someone bad advice that had critical repercussions. Perhaps you were prone to making costly mistakes. Maybe you wrote defamatory material about someone in a book or newspaper or verbally teased and abused people.

Whatever the circumstances of the previous significant incarnation, you come into this life with those bad memories etched in your soul. You probably don’t recognize them as memories but as déjà vu or unexplained guilt. A repeating theme of challenging events related to your past is likely, especially when young. The aim is to perfect those areas of thought and communication which once let you down. As your communication skills improve with experience, your karmic debt will be repaid, and you can get off the roundabout.

You may experience learning difficulties, especially in reading, writing, and comprehension. You could be a shy, quiet person whose thoughts have turned in. Hesitant to speak up for yourself, you may miss out on many opportunities in life. This difficulty in expressing yourself can make you feel awkward in company, leading to low self-esteem. You may experience teasing or verbal abuse, be nagged and criticized, or fall victim to slander and lies. Contracts may also cause problems and, like so many things, lead to complications further down the track.

Retrograde Mercury lasts only for about three weeks, so Mercury will turn direct at some stage in your progressed chart (where one day equals one year). After a couple of years, you will notice that your communication style improves, and you can express yourself more freely. However, the opposite can also occur, and someone with Mercury direct in their natal chart may experience progressed Mercury in retrograde motion later in life. I experienced this from age 13 to 37, which was very profound. I even stopped reading books.