Neptune Is Stationary Retrograde at 21 Pisces 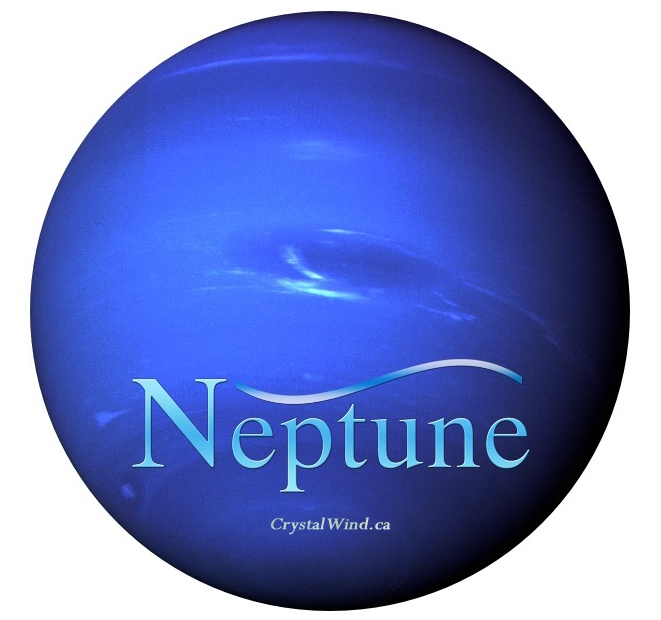 When any of the planets go stationary retrograde, it marks a “forward station” in the pulse of that planet and the part it symbolizes in our personality (lower triad) or Spiritual Body (Upper Triad). The Sun, Moon, Mercury, Venus, and Mars are mainly associated with our personality, while Mars, Jupiter, and Saturn are mainly associated with our connection with society and our larger aspirations and duties.

The outer “Invisible Quartet,” Uranus, Neptune, Pluto, and TransPluto, show us the Transpersonal realms of existence. (While Uranus is occasionally very faintly observable, for all practical purposes it’s invisible to most.) Uranus individualizes us, and Neptune helps us move and groove within collective consciousness. Pluto shows us what must be purified to the core so we may know our Divine Power of eternal regeneration, and TransPluto shows us how to redeem growth after decay, and new life after a period of death or dormancy.

Any of these outermost planets going stationary retrograde indicates a threshold state in the Transpersonal energy field. Since we’re dealing here with Neptune going retrograde, and Neptune symbolizes collective consciousness and all it likes, supposes, and wonders about, we now enter a time when the collective atmosphere now reviews parts of what it explored and dreamed into manifestation since it last went direct at 16 Pisces in November 2019.

The Sabian Symbol for Neptune’s Station

Neptune represents what is “in fashion” in the collective. Different cultures and subcultures interpret this global pulse in different ways. The Sabian Symbol for 21 Pisces is “A little white lamb, a child, and a Chinese servant.” In his masterwork The Astrology of Personality, where Rudhyar uses the original Dr. Jones' class notes on the symbols, 21 Pisces is said to symbolize “eager probing of the Soul into its many potentialities and higher reaches,” and “self-expansion: or refusal to grow in Spirit.”

In his Astrological Mandala he states this is a degree of “growth in consciousness in its earliest tactile awareness of the wonders of unsophisticated living.’ He says this symbolizes “the past as a servant of the new evolution,” with touch as an important factor in the scene. He offers this symbol is a “discovery,” both emotional and tactile. This is about touching and being touched as we grow.

He continues with “it brings together past and future, an overlapping of levels,” with the servant watching the girl, and the girl discovering touch via the lamb. He tells us it’s “a vision of white hope, a hope for a future that can only be felt.” This degree falls in the Span of Protection, Act of Capitalization, and Scene of Perpetuation on the Emotional-Social level.

Dr. Jones, creator of the Sabian Symbols, says this is a degree of "the scattered divisions of labor” where we “encounter reality in our everyday existence,” and our need to bring “the threads of (our) diffusion into a skein of meaning and opportunity.” He states we “must learn that nothing acts alone or persists in a vacuum,” and “there is an integrating significance throughout (our) experience.”

He offers we “must find this and draw it to a single focus in some special design of self-expression, and offers us the keyword TALENT. He says when operating in a positive way, this “degree is completely unconditioned self-discovery out of wholly unlimited potentialities.”

The Larger Tides of the Collective Field

So we now begin to review all we’ve experienced since last November within that vast “feeling field” known as Neptune. This review will last through late November 2020, when Neptune will go stationary direct at 19 Pisces. At that point we will again trace the span between 19-21 Pisces, and will know what we have mastered, as we move into a new collective field of awareness by late March 2021.

As Uranus first transited 19 Pisces between May and August 2007, and then transited the span between 19-21 Pisces between February and April 2008 and September 2008 through February 2009, much of what we can expect during the second half of 2020 will in some way echo or be related to what was awakened in collective consciousness back then.

When any of the outers go retrograde or direct, it shows as major “sea changes” in the global field. Neptune going retrograde will affect that part of our Hologram that interfaces with the collective field. Up to now, we’ve all been “introduced to the Sanctuary” where our minds were opened to a greater Spiritual realm, and subsequent lessons required us to “prove our qualifications” to hold the spiritual energy of our “spiritual office.” That led to lessons in courage, finding appropriate “camouflages” for our public work, and a willingness to “rehearse before the battle,” “subjecting appearances to real necessities.”

These were the themes of 2016, 2017, and early 2018. We’ve been learning and/or teaching these things wherever we have mid-Pisces in our charts, and in 2018-2019 revised some of our ideas “back to source,” and/or put ourselves forward in a public way to inspire others. Other themes involved getting away from the routine to get an new inspiration, and participating in forms of collective rebirth.

Now we enter a 5 month period where we take a new look at themes related to 21, 20, and 19 Pisces. Besides the themes of 21 Pisces of finding new ways to touch and be touched to discover something about the world of feeling, we will also find what nourishes us “at the end of our day of labor,” and “take a walk with our wisdom” so we may be invested with a technique to perpetuate our wisdom into the future.

So the tide has turned again! If it’s time to sail, give thanks that the storms of the non-stop gear grind from the Uranus semisquare Neptune are temporarily abated. With Jupiter sextile Neptune through October, it should be a productive time to reorganize what we need to in order to reposition ourselves in collective consciousness.

Still, we have a very powerful Saturn septile Neptune, showing the collective consciousness is at a fork in the road of destiny when it comes to how a future oriented vision can be made manifest! And the Sun is currently making a triseptile to Saturn and a biseptile to Neptune, activating three points of a 7-pointed Star of Destiny. Hot zones are around 28 Capricorn-2 Aquarius, 19-23 Pisces, 11-15 Taurus, 2-6 Cancer, 24-28 Leo, 15-19 Libra, and 7-11 Sagittarius. If you have a planet or point in these zones, your life is on the move, your position in the collective is shifting by the day, and you need to awaken to a greater group work you will embrace at the end of this year.

Because of how these combined aspects work, use the coming months to refine your practical spiritual responses to worldly things which need reorganizing, and use time as your ally to prepare for a different, more effective work in 2021. While there will be nonstop conflict over the next 7 months, we can find a balanced perspective as we play good defense in the face of aggressive overreaching people.

We have begun a long term social rebirth since the Summer of 2018, done our dress rehearsals, and received preliminary wisdom from our Master and/or Higher Triad. Now we review new awakenings, ways we’ve been nourished in a timely manner, and will find ourselves “walking secure in our wisdom” over the next year. Keep taking time occasionally to tune out the white noise of outer things and listen to the Voice of the Silence which can teach you the Wisdom you need.

The span between 16 and 20 Pisces is said to be “actional,” while the span between 21-25 Pisces is said to be “emotional-social.” Regard the next year as a need for moving the awareness we found through action on the material level into a more appropriate emotional or social expression. This is about Neptunian activity which protects and perpetuates the best of the current vision in a way which touches others.

Between now and November, it’s a time to review our blessings and wisdom, remembering we have the power to know, the power to act on our wisdom, and the power to bless the old to flow down the timestream. Neptune will be in its current “shadow zone” with the themes of 19, 20, and 21 Pisces front and center until March 2021.

We are in a time of powerful spiritual growth into our authentic power; be patient, organized, and mature, and you will find you have accomplished many things which will support your renewed efforts in November. This station activates a new collective Neptunian theme related to the social and cultural dimensions of that planetary influence.

All we build this year will serve us for what is to come in 2021 after the Grand Mutation in Aquarius is activated, promising a new world with new visions, new ideals, and new ways of relating to and working with each other. November and December are “the edge of time,” where one 200 year era ends and a new one begins.

Because of what got set into motion in April, we’re literally “moving between worlds” right now. As it was once famously sung, “If I don’t meet you no more in this world, then I'll meet you in the next one and don’t be late! Don’t be late!”

Robert WilkinsonAn internationally-known astrologer, author, public speaker, meta-physician, and futurist, with over 25 years experience as a counselor and educator. He has presented hundreds of public talks on all aspects of Astrology, the Eastern Wisdom tradition, the Western Wisdom tradition and promoted many mass gatherings and cultural events. Some of his specific areas of interest and expertise include personality profiles, degree patterns, integrative astrology, various aspect harmonics, among others.
Source Here

Reprinted on crystalwind.ca. with permission from Robert Wilkinson.

We have 2653 guests and no members online