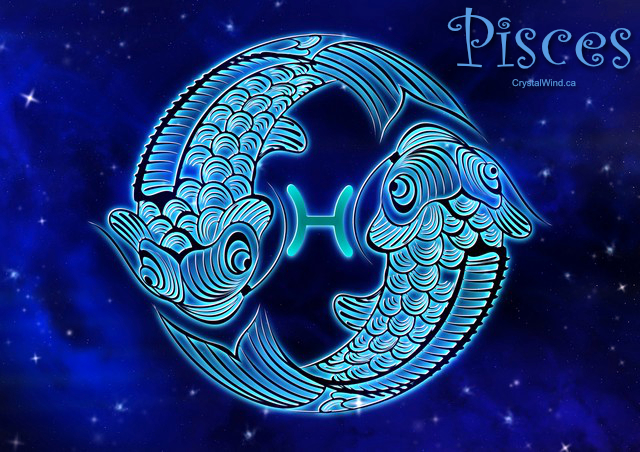 March features the water sign Pisces, where we take a look back and harvest the fruits of our past year’s labor. We can feel a deeper, vaster view of a greater good for all and more ideal ways to live, individually and collectively.

Pisces symbolizes the sector of our reality where we experience the light and power of a broader, more impersonal motive and a deeper compassion for our common humanity. It’s where we experience the universal human conditions in the vast ocean of collective consciousness. In the Northern Hemisphere it’s the end of Winter and the beginning of Spring, which kicks off at the Vernal Equinox at 8:33 am PDT, 3:33 pm GMT on March 20.

In the Southern Hemisphere, March begins the entry into Autumn. So both Equinoctal points, when the initiating signs of Aries and Libra begin, mark the time of a shift of seasons. Both are initiating signs, and so "down under" they're preparing for a harvest after the fertile time of their Summer.

In the Northern Hemisphere, the light force will grow and the days will get longer for the next 3 months. This reverses in the Southern Hemisphere. If you’re wondering how I reconcile the seemingly opposing energies between the hemispheres, when you’re done here please revisit yesterday's article, The Mirroring of the Northern and Southern Hemisphere Year Cycles in Astrology. It may help readers “down under” see how the important points of seasonal change, though opposite in physical manifestation, actually have similar challenges at each point of shift.

As Aries represents initiative and renewal, like all Cardinal signs, both hemispheres can expect new vision, new truths, new adventures, and new horizons already beckoning. So we all should get ready to cut loose and enjoy the ride!

At this time in history, the generic atmosphere, the collective consciousness that Neptune symbolizes, is very Piscean in general due to that planet being in its home sign since April 2011. We also got a long wave series of Pisces cycles set into motion when Chiron was in Pisces between April 2010 and Feb 2019. These two celestial energies helped us all learn how to navigate the fogs and mists to master their larger Spiritual influence.

This year’s Pisces energies began when the Sun entered Pisces on February 18. These Solar pulses were given Mercurial expression beginning March 9 when Mercury entered Pisces, where it will remain until March 27. The next planetary transit of Pisces will be Venus, who gives it value and pleasing form between April 5 and May 2. The final transit through Pisces this year is by Mars, which enters on April 14 and stays in Pisces until it enters its home sign of Aries on May 24. So this year Pisces is activated for quite a while, given the inner planet transits last from February 18 through May 24, a 96 day span.

What makes this year special is that Jupiter entered its home sign of Pisces at the end of December 2021 where it remains until it enters Aries on May 10, just after Mercury goes SRX. It then retrogrades back into Pisces on October 28, where it stays until December 20. So this year we’ll have had a planet in Pisces from late December 2021 through the end of May 2022, which is an amazing run!

in mid-May, and remain in the first 3 degrees of that sign through the end of July. This period will give us an advanced view on what will open rapidly in January 2022. If this year is a short Pisces activation span, 2022 will be MUCH different, since well have at least one planet in Pisces from the end of December 2021 through the end of May 2022, a 146 day run with Sun, Mercury, and Venus all making conjunctions with Jupiter in Pisces! (Mars makes its conjunction at 4 Aries at the end of May.)

The Mystery and Mythology of Pisces

Pisces is the conscience of humanity. Mythologically, this sign of the Fishes is the Priest or Priestess, the Healer-Shaman as they serve the deeper needs of humanity. This is the sign of the Dream Weaver, the one who walks between worlds.

Pisces witnesses, feels deeply, and provides various types of closure rituals in order to move self and others out of old ways of life through uncertain times to eventually emerge into the light of a new day and a new way of living. It is a water sign, so represents deep feelings, the experience of the vastness of space and time as all things and forms are dissolved into a greater perspective.

Pisces are the universal feelings that all beings will experience throughout all time, which is why it seems so weird. How can you capture the ocean in a glass? How can you define all-space in terms of finite views and boundaries? It is where our individual experience can be seen as part of a greater evolutionary life we ALL go through, regardless of distinctions.

Pisces, when freed of the traps of procrastination, ambivalence, self-pity, and justifying questionable behavior or dualistic thinking, show their world a more universal and forgiving view, weaving people together to perpetuate a larger ideal, whether obvious or subtle. When their great vision and compassion are focused with humor and integrity by their Higher Self, larger tides of change move forward offering all a new life and a sense of relief from old conditions. The light of Pisces helps us to achieve closure rituals at the right time, releasing much while inviting a new way to come forth to fill the void left when the old is done.

Major Pisces Through the Ages

Think George Washington, the key player in the American Revolution that ended an old global power structure for all time. Along with his presiding over the beginning of the end of the British Empire, through his personal example he created a model of national leadership exemplifying peaceful regime change that ended the assumption (until recently!) that leaders of countries should be kings who serve until they die. Then there's the remarkable Albert Einstein, the postal clerk turned physicist who gave the world the Theories of Relativity, ending the Newtonian-Cartesian era of physics while setting the foundation for the Quantum world.

Two other immortal Pisceans who made their mark on our world for all time were Nicholas Copernicus, the Polish astronomer who demonstrated that the Sun and not the Earth is the center of the solar system, (thus ending the Vatican’s authority on the matter for all time) and Alexander Graham Bell, the creator of the telephone and AT&T.

Presidential Pisceans include Presidents James Madison (the co-creator of the Bill of Rights), Andrew Jackson (the first president not from one of the original colonies AND a genocidal dictator universally loathed by the First Peoples), and Grover Cleveland, the only president ever elected twice, but not in succession. Other Pisces who made their political mark on our world are "Conscience of the UN" and one of the greatest workers for global peace and justice of all time Dr. Robert Muller, Barbara Jordan, a woman with "the voice of God" who helped remove Richard Nixon from office for "high crimes and misdemeanors," Senator Edward Kennedy, John Connally, Horace W. Busby, Earl Warren, Mikhail Gorbachev, Ralph Abernathy, Andrew Young, F.W. de Klerk, Ariel Sharon, Kim Campbell, Prince Edward of England,and on a more infamous note, Osama bin Laden, Robert Mugabe, James Earl Ray, and William Casey.

Pisceans in Movies and Television

Piscean Artists, Authors, and Others Who Rose to the Top of their Field

In the metaphysical world we have quite a few extraordinary spiritual luminaries, including astrologer metaphysicians Manly P. Hall and Sepharial (Walter Gorn Old), along with Rudolph Steiner, Edgar Cayce, and Meher Baba. Each of these spirits gave their world a revolutionary view of things, and their influence endures to this day.

We have 943 guests and no members online