Mars in Capricorn in Relationships & Mercury Retrograde
A+ A A- 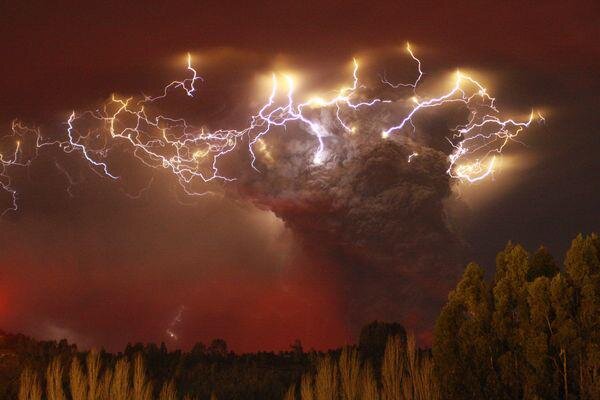 Until you make the unconscious conscious, it will direct your life, and you will call it fate. ~ Carl Jung

Except for the brief Mercury retrograde (in March), all of the planets have been direct since January. Every one. But that’s now going to change this week as Pluto stalls for its retrograde station on Saturday. This will be followed by a cascade of stations May 11-14th, as Saturn, Venus and then Jupiter all station retrograde as well. This could either feel like a full stop or like we are needing to take a few steps back before we can move forward again.

As Pluto stations at 25º of Capricorn, it is just a mere 2º from the United States Pluto (using the July 4, 1776 chart). This is something that will be worth watching over the next few years! But in the mean time,  it is more than enough to know that Pluto has this ominous association with endings, destruction and yes, even death.

Pluto is retrograde for almost half the year, and so there really isn’t that much of a radical difference between its direct or retrograde motion. However, what are usually noticeable are these stations at the beginning and end of the retrograde phase. This is when you really feel him roiling and toiling beneath the surface. This can be literal. We have seen mines collapse, major earthquakes wreak havoc, and volcanoes rumble as Pluto stations in the far reaches of our solar system.

Pluto can bring us to our knees, to the very edge of despair and destruction. However Pluto can also transform, heal and rebuild. Facing Pluto can be one of the most challenging, and freeing experiences we can ever have. But it takes courage and sometimes humiliating honesty to confront Pluto. It’s not unusual to feel powerless, as we confront forces over which we feel we have no control. And that’s what we’ve been asked to do this year. Ever since the Lunar Eclipse that opposed the Saturn/Pluto conjunction in January we’ve been dealing with this pandemic scourge.

The virus has laid the field bare. Now we are all standing on the precipice with Pluto, trying to get our bearings, and take back control of our lives and our destinies. Dealing with Pluto is never easy: lurking beneath the surface, ominous and potentially destructive, it can often feel like it’s a matter of survival.

Pluto reveals the dark underbelly in society and in our own lives: all our fears, shame, hungers and greed. It can also show us what we are made of: strength, resilience, and the courage to face even the most powerful of forces. The secret to Pluto is that when we have the courage and honesty to come face to face with the devil that brought us to our knees, it no longer has any control over us. And even when Pluto does wreak havoc, we are also given the tools we need to heal, rebuild and create better, more reliable structures and foundations on which we can rely, well into the future.

Pluto is still conjunct Jupiter as it stations this week. Jupiter can make things larger. Make them grow. Exaggerate things. It can also test our core ethics and moral fiber. Jupiter/Pluto shows us the stuff of what we are made of. What our true priorities are. It is in these challenging times that our most basic and core values are tested for strength and validity. Testing our moral fiber is one thing, but so is making sure that we have the correct information. Mercury is also in the picture as there is an exact square this weekend between Mercury and Pluto.

When Mercury is square Jupiter and Pluto people can have a lot of theories, and strong opinions. All sorts of corruption and conspiracies will be running rampant. But that doesn’t make them right. Watch for conflicts in ethics and ideology. However, you really can’t escape the truth when Mercury meets Pluto and Jupiter. We may try to, but it won’t work. And there are karmic repercussions where Pluto is concerned. Therefore it is important to check the facts: Is it true? Is it ethical? What will most benefit the Greater Good as a whole?

Watch for a few twists and turns this week. Both Sun and Mercury are going to be conjunct wild and crazy Uranus in what-would-normally-be the placid fields of Taurus. Be prepared for some changes in plans, or to have to come up with some back up plans. The issue with Uranus is that it is unpredictable. This can be a good thing, if changes arise that are innovative and progressive; but can also feel a bit chaotic as we try to navigate our lives. So strap on those seat belts everyone, we’re not only navigating all that crap that Pluto is bringing to the surface, but then it looks like we’re also in for a bit of a wild ride with radical and edgy Uranus.

Image Info:
Brigid by Warwick Goble
These illustrations came from: Basile, Giambattista. Stories from the Pentamerone. E. F. Strange, editor. Warwick Goble, illustrator. London: Macmillan & Co., 1911. The text of this book is based on John Edward Taylor's translation from 1847.

Archangel Uriel - What is the Godhead?

We have 1329 guests and no members online