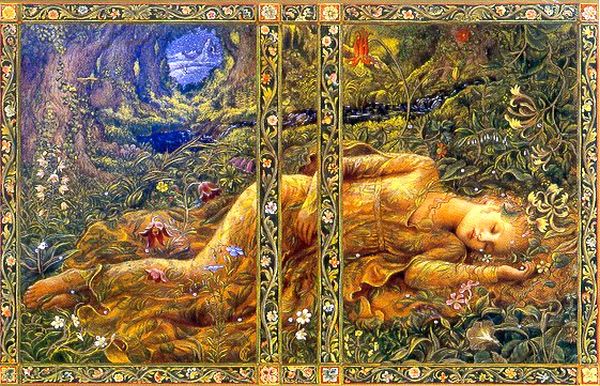 We must be willing to get rid of the life we’ve planned… so as to have the life that is waiting for us. The old skin has to be shed before the new one can come. ~ Joseph Campbell

All of the planets have been direct since February continuing with this forward momentum. But this is about to change as Pluto has slowed to a stop in preparation for its retrograde phase which begins on April 29th. And as Pluto now rolls about in his underground lair at the very far reaches of our solar system, all sorts of things tend to come to the surface.

The process already began with the Full Moon on April 16th which was square (at cross quarters with) Pluto in the final degrees of Capricorn. Both endings and beginnings occur within the aegis of the the Pluto station which aims to transform our lives in meaningful ways.

Capricorn rules all the structures that sustain us, including brick and mortar buildings, our roads, highways, bridges and buildings. It also has domain over the systems and structures that govern and rule us, such as governments, leadership and the rule of Law. Mountains are representative of the firm structural elements of Capricorn which involve those structures that are long-lasting, grounded, and support us, including things like the bones in our body, our knees, and the skin which protects us. It also refers to those things which survive us, are old and weathered, honed and polished by the winds of time, or perhaps have now outlived their tenure, and are worn down due to the pressures of wear and tear.

Planets are often felt more strongly when they station. They seem to dig in. And as Pluto stations retrograde in Capricorn he reveals things about who these critical structures in our lives. Perhaps we may be asking ourselves: How have we outgrown these structures in our lives? Are they still sustainable and capable of supporting us? What critical structures have we previously been relying on that are no longer sustainable, and may even be undermining our stability and strength? The power of Pluto is internalized when it is retrograde asking us to purge, purify, and eliminate that which is no longer supporting us, may be decayed or preventing us from growing, evolving and taking full control of our lives.

When Pluto stations, he digs deep, unearthing all that is hidden beneath the surface. This is helpful in defining what is no longer working. It also brings to the surface all sorts of things that we had long buried away in some box some where so that we didn’t have to deal with it, or hoped it would just go away. And as they now come to the surface they can even bring with them a bit of fear, dread, shame, blame, and (goddess forbid) the fear of disclosure. And these are the very things that we need to dig up. For if we let them continue to fester below the surface they will weaken us with their pestilence, and then undermine us with despair when they finally collapse. It is time to mend, rebuild, and shore up the remnants of our lives, make ourselves and the structures that are supposed to support us, more reliable and more sustainable.

Doing this important Pluto work allows us to open the way for a new life to unfold, and enables us to move forward with a much lighter load. But it is not easy, and often requires a great deal of humility and courage. Pluto has domain over those things that consume us, such as sexuality, obsessions, habits, and addiction. It also has domain over those things that we don’t have any power over. Often one of the greatest lessons we can learn from Pluto is being able to discriminate between those things (or people) over which we do have control, and those we simply do not. Pluto is symbolized by the phoenix emerging out of the ashes of what once was, renewed, reborn and fully transformed. And so we also meet the metaphor of the alchemist during the retrograde phase of Pluto, which lasts until October 9th.

There are other things hidden deep down in the bowels of the earth and our subconscious lives that are also quite valuable. Treasures of unequal beauty and resilience, honed by external pressures and the breadth of time into something inexplicably beautiful and even magical. Pluto as alchemist is capable of converting lead into gold, carbon into diamonds; experience into revelation, evolutionary growth, deeper understanding, and the capacity to take control over the destiny of our lives.

As Pluto stations for its retrograde phase on the 29th, he is rolling us into Eclipses Season, beginning with the Solar Eclipse on April 30th. There is a stillness that is being asked of us as we approach this critical juncture of the year. With 4 planets in Pisces and 3 planets in Taurus, we are being asked to be present, be still and savor every moment, every breath, every nuance of meaning. For we are being asked to get back to the most important priorities of our lives. One element at a time.

Each year we look longingly and with anticipation to the verdant quietude of Taurus season. Like an oasis wafted with breezes and promises of leisurely days and personal indulgences, we have visions of putting our feet up and relaxing into the decadence of our own desires. This might even be true if it were not for the fact that Taurus has had a rather unruly house guest unceremoniously rearranging all the furniture of our lives. And he’s not planning on leaving any time soon. Uranus, that unpredictable house guest will be stirring things right up through the Solar Eclipse on the 30th. Like the calm before the storm, let us take as much advantage of whatever quietude we can savor.

We have 1087 guests and no members online