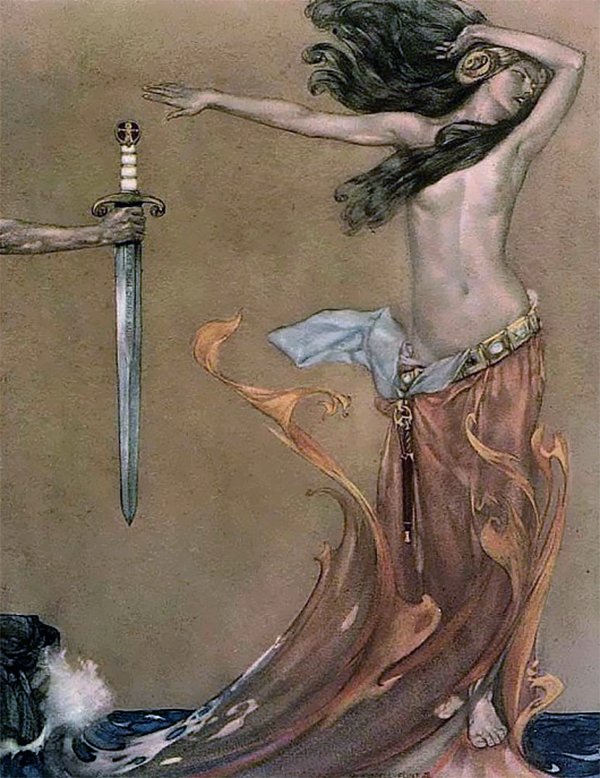 I have a right to my anger, and I don’t want anybody telling me I shouldn’t be, that it’s not nice to be, and that something’s wrong with me because I get angry. ~ Maxine Waters

No matter what side of the aisle you sit on, you can’t help but admire our Moon-in-Aries, Sun-conjunct-Mars representative in Congress, Maxine Waters. She tells it like it is and does not beat around the bush. She owns her anger like a righteous badge of honor. We’re all getting a dose of that right about now, with both the Sun and retrograde Venus in Gemini square Mars in Pisces. What are we coming to? We are in the throes of a mountain of righteous indignation. In our personal lives we may want to navigate this weather carefully. But sometimes, like when Mars is simmering on the back burner in Pisces, you just need to let off some steam. And that’s about where we are right now. Mars in Pisces is a combination of sadness, anger and even some despair. And we’re not going to take it any more.

Good to know that there is all this simmering going on. If you see a live wire up ahead, you probably would want to navigate around it. Good to avoid the pitfalls and dangers, but also look for positive ways that we can use this simmering Martian energy to get stuff done. Righteous anger can be a huge motivator for change. Martian squares can bring us the courage to take on challenges that we would not normally even consider. Mars does not do well through antagonism and limitations; but it can be channeled successfully to courageously take action where action is needed. Mars wants to do something. But it still needs to be handled carefully. Advice for the week: Feel aggravated? Move. Take action. Even if it just means cleaning the kitchen. Fix that thing that needed to be fixed. It helps. Somewhat. But what we are really being asked to do this week is to connect with those things that we are most passionate about, and that touches a nerve.

We are approaching a series of eclipses, the first of which is just next week, and looks like a mess. A mess that’s been breaching and overflowing all of our boundaries and borders for some time, and can no longer be contained.

But before we get there, in the midst and betwixt the Martian squares, we have the Inferior Conjunction of Venus this coming Wednesday. This is the middle of the Venus retrograde phase, and is something like a New Moon for Venus, setting the tone for the next 19-month Venus cycle. It is called an inferior conjunction because Venus will be on the same side, the near side of the Sun that the Earth is on. It marks the end of a synodic cycle that began on October 26, 2018, and begins the new Venus cycle. Venus is invisible in the night sky at this time, as it will rise and set with the Sun. But when she reemerges in early to mid-June, she will rise as a Morning Star in the early morning sky.

The people of the ancient Mesoamerican cultures considered the Morning Star aspect of Venus to be war-like and aggressive. In this aspect, Venus was seen as a threat , seemingly more Martian than Venus from a Western astrological perspective. Much of that was probably also determined by the youthful qualities of Venus just emerging from her inferior conjunction with the Sun. So it seems significant that the inferior conjunction of Venus, much like the Lunar Eclipse that follows just a few days after, are both closely square our warrior Mars simmering in the sign of Pisces.

The Inferior Conjunction of Venus is a time to align ourselves with our desires, our passions, and our priorities and needs. Venus represents those things, people and experiences that we place value on, that are important to us, that we are drawn to, find attractive, like and/or love. We are not being asked to make any commitments or decisions right now. Venus is still invisible and retrograde. We are just being asked to connect with those things that are truly most important to us in our heart of hearts. And with the square to Mars, Venus retrograde merely wants us to know, what are those things that you are most passionate about? what stirs your heart to passion? and what are you willing to even put yourself on the line for, to declare out loud, for the sake of those people and things that are so close to your heart and strike a chord?

Never are we more in tune with our heart’s desires, our values and our priorities, as when Venus is in the heart of the Sun. This is usually a subtle and dark seed-time of potential, currently being made all the more urgent and intense through the square to Mars. We probably still won’t see the full picture until Venus is well out of the shadow of its retrograde phase later on in July. But the more acutely we connect with these passions and desires, the clearer will be our priorities going forward.