The Age of Aquarius - Mars Is Activating the Transfiguration Zone 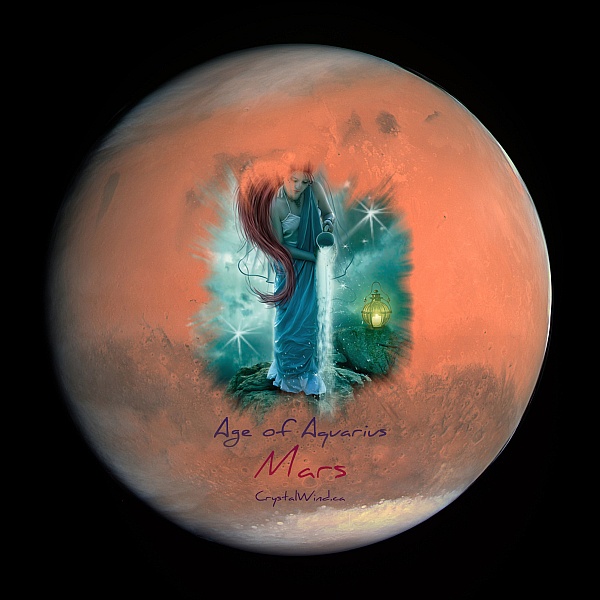 Mars is now transiting the last two degrees of Aquarius, activating Mercury’s recent direct station at 29 Aquarius and showing us how we have or are graduating into a new realm of Being!

This is the next major step in launching the countdown to a new Era on Earth. The initial structures were activated at the Mars conjunct Saturn at 1 Aquarius a few weeks ago. These will be expanded at the Grand Mutation of Jupiter conjunct Saturn at 1 Aquarius in December, marking a shift away from 200 years of Earth emphasis to 200 years of Air emphasis, with an initial 20 year pulse of Aquarian energy!

While we won’t cross the threshold into the Aquarian Age until sometime between 2050 and 2060, from now on every time there’s a transit across 29/30 Aquarius, we’ll get glimpses of the Age to come, as well as what’s up for the years between 2050 and 2190. By 2163, humanity will be launched into several even more radical long wave Aquarian pulses. That year begins a phenomenal number of conjunctions in Aquarius which lasts through 2171.

This “transfiguration zone” of 29 and 30 Aquarius does its magic each year when the planets transits these degrees. The first inner planet to cross this zone in 2020 was Venus, which occupied this span between 8:20 pm PST Jan 11 and 10:39 am PST Jan 13. Mercury was next when it transited this span for the first time between 10 pm PST Feb 1 and 3:37 am PST on Feb 3.

Then Mercury went retrograde in mid-February, and retrograded back to 29 Aquarius where it went stationary direct on March 9. That means Mercury occupied the transfiguration zone between 3:08 am PST March 4 and 12:42 am PDT March 16, indicating this “graduation into a new realm of being” was highly activated for almost 2 weeks! That metamorphosis is now underway, with Mars beginning its occupancy of 29 Aquarius around 11:40 pm PDT May 9 en route to entering Pisces at 9:17 pm PDT May 12.

Mercury, “the Guide of Souls,” going stationary direct on this degree has important implications for everyone on Earth. If you look at the sectors and planets in your chart associated with Gemini and Virgo, and the house where you have Aquarius, you’ll see where this has been set up and is now activating! This is the moment when we’re all breaking out of our cocoon and learning to fly! And as we learn to fly this year, we will find worlds opening for us in the Spring of 2021.

More On the Great Ages

Jupiter came along and expanded our growth in those late Aquarian themes in late January and early February 1998 and again in January 2010. After 2010, Mars activated these “cusp of the Age” themes in late February 2011, late January and early February 2013, January 2015, December 2016, and November 2018. It is now activating those themes again in May 2020.

Anyway, from now through 9:17 pm on May 12, Mars is in the last two degrees of Aquarius, illuminating the 140+ era to come during the last half of this century and all of the 22nd. The last two degrees of Aquarius are “Butterfly emerging from chrysalis” and “The field of Ardath in bloom.” I’m not going to go extensively into these portentous degrees today, but will note that the former is a degree of transfiguration and “graduation into a new realm of being,” and the latter is one where “everyone may count on the inherent friendliness of the universe” and find the fruits of their more positive labors as "we all shine on, like the Moon and the Stars and the Sun, and we all shine on, on and on and on and on...."

Imagine this is the future of humanity. This is the activation of another pulse of our transfiguration into becoming our unique Spark of Divine Light in a vast field of Light at this Cosmic Moment in Time.