The Astrology of December 2019 - Mountaintops and Chasms
A+ A A-

The Astrology of December 2019 - Mountaintops and Chasms 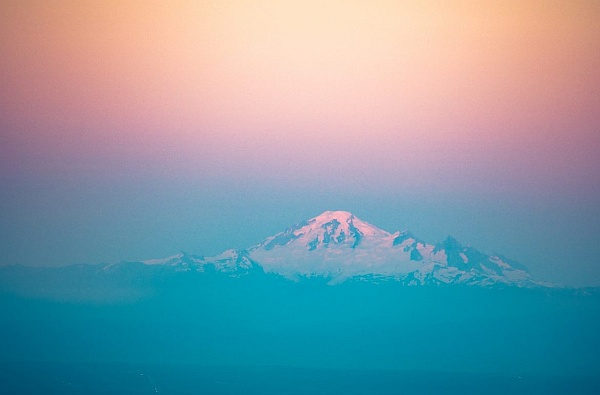 The second decade of the 21st century bids farewell to us with an infusion of Capricorn energy and with the grand opening of the eclipse portal, making for a sober, solemn holiday season. The astrology of December 2019 has Saturn’s mark all over it.

Saturnine energy reminds us that time does indeed follow a linear course on this earthy plane, and that every moment, every second, is an opportunity to create something and crystallize it into form. Suspended in this liminal space between the past and the future, we are being called to honour this traditional, symbolic time of transition by taking on our responsibility as creators.

Buoyant Jupiter’s entrance into the sign of the goat sets the tone not only for the entire month of December, but for the next twelve months; the mountain won’t come to us or meet us where we are, and there is no climbing route laid out before us. If we truly are committed to our ascent, we will need to channel our solitary pioneer. Jupiter’s ingress into Capricorn happens on December 2 or 3, depending on your time zone.

The gas giant’s change of signs is immediately met with two auspicious sextiles on December 3: one between Mercury in Scorpio and Pluto in Capricorn, and the other between Venus in Capricorn and Mars in Scorpio: a focused mind and harmony between will and desire is, sometimes, all it takes to kickstart a real or metaphorical climb.

On December 8, the Neptunian influence will make itself known with a square between the Sun in Sagittarius and the Great Dissolver in Pisces, and a sextile formed between the latter and Venus in Capricorn. The Self fades away, while the heart opens up.

On December 9, cosmic communicator Mercury enters the sign of Sagittarius, urging us to contemplate the view from our heights, the forest from the trees, and to distill a greater picture and a deeper wisdom from the pieces of information we’re coming across.

On December 11, Venus and Saturn align in Capricorn to remind us that the ascent towards our very own mountaintop may us people and relationships, but the connections that are based on mutual trust and aligned with our growth will persist.

On December 12, the Moon grows full in Gemini, while Chiron stations direct in Aries; this will be a day to engage in an animated dialogue with all that surrounds us — even the seemingly inanimate forms — and to take stock of where we are in our healing journey.

On December 13 and 14, Venus has a brief stint in Hades via conjunction to Pluto in Capricorn, while Mars in Scorpio trines Neptune in Pisces, both aspects will ease us into confronting a deeper truth and withdrawing our emotional investments from connections and commitments that have run their course.

On December 15, Jupiter in Capricorn links up with Uranus in Taurus, a future-oriented, far-sighted alliance that will prompt us to experiment with innovative variations within established rules.

On December 19 and 20, Mars in Scorpio sextiles Saturn in Capricorn while Mercury in Sagittarius squares Neptune in Pisces; while the mind opens up to a whole spectrum of possibilities, we become aware of how to make rules and limitations work in our favour.

Venus leaves Capricorn for Aquarius on December 20, mitigating the Saturnine isolation with an immersion in the collective neural web.

On December 22, the Sun enters the sign of Capricorn; it’s the Winter Solstice, the longest night, when darkness reaches her peak and light announces her return. Mars in Scorpio makes a sextile to Pluto in Capricorn on this very day, encouraging us to revel in this darkness, in this depth, and taste our immortality.

On December 24, the Sun in Capricorn trines Uranus in Taurus, reminding us that as far as our own personal ascent is concerned, we should try and experiment with new climbing techniques from time to time.

Then, on December 26, the Eclipse portal blows open with a New Moon / annular solar eclipse in the sign of Capricorn — and aligned with Jupiter and Uranus, to boot. Powerful, charged, and sizzling with electricity, this New Moon  / eclipse will encourage us to get real about our goals and sense of purpose and go all the way.

Mercury enters Capricorn on December 29, infusing speech, communications and networking with a pragmatic quality and making us aware of the weight carried by our words.

On December 31, the cosmic trickster forms a trine with Uranus in Taurus, reminding us that our ideas and flashes of insight have the power to shape a different reality — for us, for all, and not over the course of another decade, but right now.

If you want to know how the astrology of December 2019 might affect you, you can request an astrological reading, or we can ask the Tarot.

Image by Luc Trebolet, on Unsplash.

We have 1351 guests and no members online