The Lion’s Gate and the Seven Sacred Seals 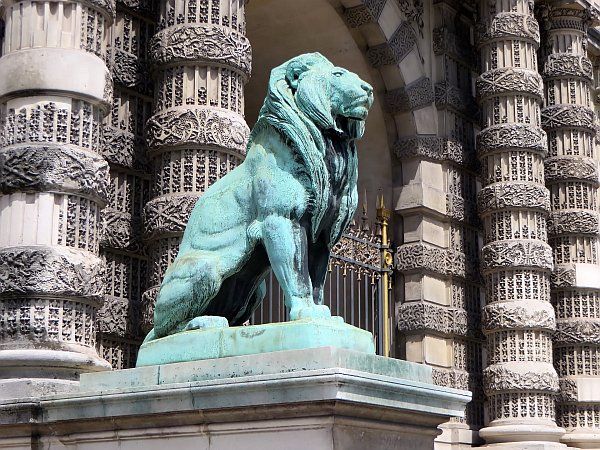 This Lion’s Gate brings together an awesome convergence of two different streams into a unified understanding of its’ importance as a key opening portal in time and space. In the Christian tradition this time is known as the Opening of the Seven Seals, prophesied in Revelations, and is being explored in many wonderful ways particularly deeply through the Gene Keys Society.

The second is the Mayan Galactic Calendar linked to Sirius which marks this as the opening of a Seventh gateway of Violet Light. This unfolding is connected to Harmonic Convergence and the supernova captured by the Hubble telescope in 1987, which was also like now a White Wizard year. This triggered miraculous social changes such as the ending of Apartheid which I was a part of, the Berlin Wall coming down and the first democracy in Brazil. A few years on in 1989 we had the extraordinary Velvet Revolution in Prague. Now we have a potent mingling of the ultra-violet light with the infra-red light, and perhaps colors we have never dreamed of in the invisible realms.

Anyone who practices and follows astrology knows that these are unfolding processes – if we downloaded it all at once our circuits would fry. It’s a good practice not to try too hard, but rather to pray for guidance and allow changes to happen in their own time and organically. Imagine we are all blooms on a foxglove – we will open when it is our rightful time and inevitably fade and die to enable a new round of life. We are most able to embody these new ‘Heaven Meets Earth Skywalker’ frequencies in a state of complete surrender on every level to where we are in that cycle.

When we really put the Creator in charge of our lives and reach clarity that our own will shall achieve very little on its own, then we truly break through. When we stop forcing our will onto the world through anxiety or ambition then the higher bodies, the Atmic, Buddhic and Causal fuse through the clear mirror of a pure and virtuous heart into the lower mental, astral and physical. In order to achieve this the Inner Temple must be purified and refined on a daily basis through meditation, mindfulness and cultivating loving kindness. We enter a state of super abundance such as Jesus created many times, for example the fishes and loaves. Jesus was a real foodie, many of his miracles involved the breaking of bread together and this is a central teaching of how the big transformations of our times will happen.

Simultaneously, our culturally programmed material desires are subsumed by the desire to serve and live lightly upon the Earth for the sake of future generations and all creatures.

Within the Lions Gate we have the planetary elixir of the Seal of Solomon – Venus conjunct the Sun at the Gate of Power at Leo 15 degrees, with Juno Goddess of the Sacred Marriage and Mars completing. We have been in preparation for many years balancing the yin and yang on every level and returning to the realization that our greatest spiritual growth comes from intimate relationships, working at them, failing at them and finally transcending our limited, selfish natures and deepest shadows through them. To enter this path of Devotion to another over a lifetime is often to face our deepest fears. For some the Sacred Marriage is with the ‘Beloved’ and they may be alone in this, or a combination of both. It’s the commitment to the process that is important, not necessarily the form. In the end its all about Inner Alchemy and purification of the emotional/mental levels of being human.

The Moon’s Nodes are at 15 degrees Capricorn and Saturn is perfectly conjunct the South Node with Pluto close by. The clearing of the ancestral lineages, opening our DNA to become transparent realms of color, languages of light and creative impulses that are the true source of transformation in the world, for they come from the Creator directly. Astraea Goddess of the Golden Age and Sacred Arts is so much as agent of these times as is Hygeia recalibrating our billions of body clocks to vertical time. Both of these Goddesses’ are in creative and inspiring Gemini.

Jupiter is aligned to the Great Attractor, at 14 Sag in a fire trine to the Lion’s Gate. The Great Attractor is an intriguing field of light rays which has some similarities with black holes. Could it be that Jupiter is expanding our luminosity, our ability to hold light in our DNA?

Ceres ,and the Moon just behind her, are entering Sagittarius. This is the sign of the zodiac where new ideas are seeded, later to become forms in Capricorn. Many of us feel pretty jaded at times, but now is the time to hold fast to your dreams and the ideals of your youth. It is in the field of dreams that the New Earth, the new human is seeded. Ceres is the Goddess of the Grain and our perception of food, as suggested earlier, is very central to all of this.

Julian of Norwich was an Anchoress, in other words she had her chapel built around her and she could not leave. She was forced by her own volition into silence and stillness with God. Here is one of the many teachings she received in that place of stillness.

“He showed me a small thing, the size of a hazelnut, in the palm of my hand, and it was as round as a ball. I looked at it with my mind’s eye and I thought, “what can this be?” And the answer came “It’s all that is made”. I marveled that it could last, for I thought it might have crumbled to nothing, it was so small. And the answer came into my mind, ‘It lasts and ever shall because God loves it.” And all things have being through the love of God.

What is he indeed that is maker and lover and keeper? I cannot find words to tell. For until I am one with him I can never have true rest nor peace. I can never know it until I am held so close to him that there is nothing in between.” Julian of Norwich

by Alison Dhuanna
I offer one to one Goddess Asteroid readings by CD or Zoom, so please get in touch at for further details.