The Mars/Uranus/North Node Conjunction In Taurus

The Mars/Uranus/North Node Conjunction In Taurus 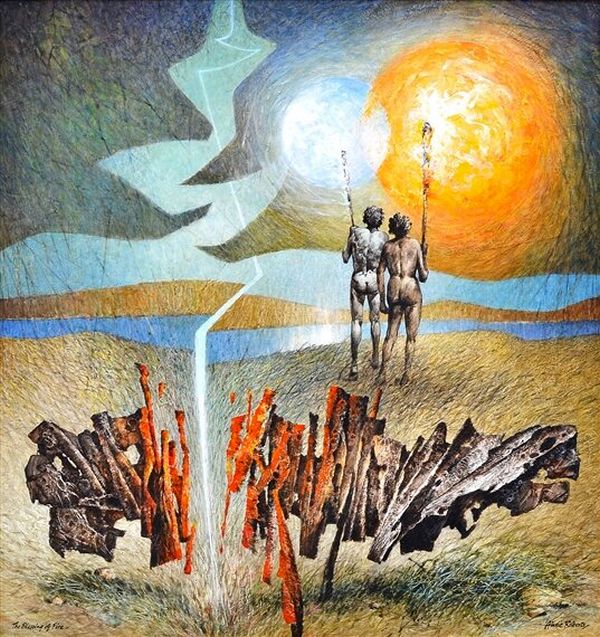 Thunder Repeated: the image of Shock. Thus in fear and trembling the superior man sets his life in order and examines himself. ~ The I Ching

Way back in 2018 when Uranus first entered Taurus, I had thought that this triple conjunction could be one of the critical junctures in the Uranus/Taurus cycle. Sudden, quick and changeable, Mars/Uranus is working through the unyielding structures of Taurus. We cannot deny the intensity of this gradual culmination on August 1st. Taurus is the arena in which all of this will play out: through the economy; the things we most value and need; sustainability, farming, renewable energy resources, the environment; and even the Weather. Nothing directly related to material possessions or the Earth will be spared. Mars is fiery and hot. Even in very earthy and fixed Taurus. Mars/Uranus is also potentially explosive. And it can also be a remarkable catalyst for positive change.

According to the I Ching the 51st hexagram reminds us that in times of shock, such as would be experienced with repeated thunder, we are compelled to examine ourselves, and look for ways to improve our current circumstances. This is a time of action and motion, with potential to evolve and grow.

When Uranus first entered Taurus in 2018, it was accompanied by the eruption of Mt. Kilauea which changed the structure of the island of Hawaii forever. Ash spewed for months as lava flowed unabated, homes burned, the caldera collapsed, the earth rumbled and ravaged the landscape. And 875 acres of land were added to the island. The Earth was giving birth to itself.

I know people do not find the environment exciting. But we cannot ignore what is going on with the very Earth herself while Uranus and the North Node are in Taurus. As Mars enters the equation this week many parts of the planet are shattering incendiary records of heat and weather events. Extreme heat is killing us. After the collapse of what had been called the biggest climate spending bill in history, the US Senate has just release a whole new surprise deal which is described in the New York Times as being “the most ambitious action ever taken by the United States to try to stop the planet from catastrophically overheating.” May it be so.

Uranus wants us to more fully embrace our destiny, especially so when conjunct the North Node. This is about making evolutionary strides, and growing beyond our previous limitations. Mars wants us to do something about it.

Some things commonly associated with Mars/Uranus:

In our own lives changes can be played out through the solar and natal houses of our natal charts. These could be initiated by you, or appear to come about due to situations outside of your control. Both can accompany the feeling of having to drop everything, or act very quickly. These are not planets that plan. You need to make quick decisions often without forethought. They come about through surprising turns of events. Can also bring unexpected changes in plans, so flexibility will be required, and the ability to roll with the punches. Taurus is a financial sign, so could bring sudden and unexpected issues surrounding finances, or things that we value.

But perhaps the most distinguishing feature of the Mars/Uranus conjunction is its explosive, sudden, fast and unexpected qualities. Even in the sign of Taurus where we prefer to walk not run. These explosive and/or surprising qualities could continue to grow as we approach the Full Moon on August 11th. What makes it so compelling is its conjunction to the North Node, which is conspiring to lead us to fulfill our destiny, come what may. So secure the safety nets and put on your life jacket. Things could be a little hectic over the next week, but they could also be very interesting.

Image: “The Blessing of Fire” by Ainslee Roberts