August Astrology; Mars Making for a Tricky Month
A+ A A-

The Solar Eclipse On The Solstice 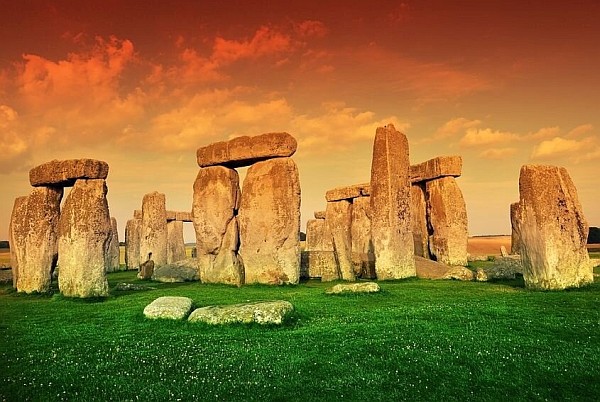 A rare Annular Solar Eclipse falls on the Solstice this weekend. Annular solar eclipses occur when the Moon is far from the earth, and so appears smaller than usual. Because of this it does not entirely cover the Sun, even though it is spot on. Instead it will create this halo of light, fire and energy, as the rays of the Sun encircle the Moon like a ring of fire. The Eclipse will be visible in Asia, Africa and the Middle East. There is something deeply significant about Eclipses that fall on a Solstice or an Equinox. These are the cardinal points of the zodiac, which also align with the World Axis. The last Solar Eclipse that fell on the cardinal axis was in 2001, also on the June 21st Solstice. The one before that was in 1889 on December 21st. So you can see how rare they are. Eclipses are often key players in worldly events. All the more so, when aligned with the globe in this way. Equally significant was when Mars came to the 0º Cancer eclipse point on September 11th, 2001. A day that precipitated a world crisis.

The Solstice on June 21st marks Midsummer in the northern hemisphere, the longest day of the year, and the shortest in the southern hemisphere. This is when the Lord Sun is at High Noon in the Northern Hemisphere, shining in all his glory and strength. How seemingly tragic to be eclipsed at the peak of his power, even if he is soon to be restored only minutes later. The Solstice is considered to be one of those mystical, magical, pregnant times of year, when the veil between the worlds is thinned and the fairies come out to play, whispering their incantations. Magic is strong at these times of year, and so these corners of the year are marked by our calendars, monuments and festivals, both ancient and modern.

The Solstice marks the first day that the Sun enters Cancer, a sign having to do with the foundations of our lives. These are the things that support our most basic needs: hearth and home, nourishment, caring, community, and sharing. Celebrations of home, family, country, festivals, picnics, culture, our roots… all are Cancer themes surrounding family, food and home. The sign Cancer, ruled by the Moon, is also associated with emotions, empathy, sentiment and sense of belonging. And so it is the time of year to tend to these essential foundations in our lives.

We are in the middle of a season of Eclipses, with yet one more Lunar Eclipse to come after the Solar Eclipse, which will be on July 4th/5th. These are times when karmic causes set in motion in times past, seem to be sped up and brought to fruition. For this reason they can be unpredictable, and the energy raw. New beginnings sown at these times can have profound consequences. Solar Eclipses occur at the New Moon, when the Sun and Moon are in the same degree and sign, and when the Moon slips across the face of the Sun, eclipsing her vital force and energy. This is a North Node Eclipse, meaning that the events that unfold over the months ahead can take us off on a new tangent, veering away from familiar territory.

For this reason there is some disagreement as to whether or not Eclipses should be used to set intentions as we normally would on a New Moon. There is something almost too strong about this powerful energy. Like a power surge after the lights have been turned off. One worries whether our intentions will backfire. We dare not presume to know what the universe has in store for us at these precarious times. Yet never are the Sun, Moon and the Earth in such perfect alignment as they are at a Solar Eclipse, a time of pure unadulterated potential. If in doubt about the strong nature of eclipses, wait to sow your intentions. There will be a second Cancer New Moon on July 20th. But if you do sow intentions and affirmations, make sure they are positive and launch them with the blessing to be for the greater good of all concerned. You can also use this sacred and magical time to meditate, pause and listen for that still small voice of divinity within.

We are also seeing a few shifts this week: Mercury just stationed for its retrograde phase June 17-18th, Neptune will station Monday/Tuesday for its retrograde phase, and Venus will station for its direct motion on Wednesday/Thursday. Planets seem to be stronger when they station. Their presence more palpable. Mercury will confuse us with its incessant disruptions and Neptune will engulf us in emotions. But there is a rhyme and reason in the fluctuations and seasons of the cosmos. Times for sowing, and times for reaping.

When Mercury is in its retrograde phase, it can be annoying at best: the internet goes down, phones drop their connection, computers glitch, miscommunications seem inevitable. Those mechanisms that maintain commerce and everyday communications seem to be most affected, throwing a monkey wrench in our plans and our daily lives. However, these are also periods for the assimilation and processing of everything from the previous 90 days. It helps us to make better sense of the world, of the information we have received, of ourselves, and to bring order to our environments and our minds. It can also be used in a  very practical way, for instance to organize and take care of projects that had been put on the back burner. In the sign of Cancer the focus falls on home, family, community, caring, feeding and looking at the ways that we do or do not support one another. So this period lends itself well to:

If Mercury retrograde in Cancer is awash in feelings, Neptune takes us for the deep dive. This is where we collectively immerse ourselves in a more universal sense of being. Where Mercury will be striving to make sense of our feelings, habits and tendencies in Cancer. Neptune is more visceral and subconscious, laden with layers of social conditioning. In the deep and consuming waters of Neptune we come to realize that we are all swimming together in this great cosmic ocean of life, breathing the same air, sharing in the same light and vital energy from the Sun and the Moon, vulnerable to the same diseases, the same delusions, the same weather patterns… we are all in this together. With Neptune so prominent in the recent Lunar Eclipse and recently conjunct Mars, never has it been so evident how every person is a part of the main, how we are all so connected.

Neptune stations retrograde on June 22nd or 23rd, and will station direct again on November 28th. Generally speaking these periods are usually good for: spiritual retreats, spiritual practices, being on or near the water, mind/body practices, dream work, places of inspiration, creative work, divination, volunteerism, connecting to our ideals, acts of compassion. During this 5 month retrograde period we are being asked to connect with our own inner Neptune: dreaming, cultivating our imagination, our intuition and our conscience.

Neptune asks us to feel deeply. For this is what connects us to each other on these visceral levels. It is also how we connect to our own soul, heart, spirit. This is where and how we reach out and touch the hand of God, at the center of our being.

Neptune can be emotionally consuming. It can also transport us to the land of bliss. Neptune has domain over the imagination, our intuition, our psychic senses, our dream consciousness, and our conscience. Neptune tunes us in to that inner knowing, that extrasensory awareness, to the transcendent levels of our being. This is why Neptune has a strong relationship to artists, musicians, mystics, visionaries and altruists. It also has its shadow side: deception, confusion, escapism, the loss of boundaries and delusions that can lead us astray and confound us with lies. There are both positive and negative influences in the psychic world, so why not cultivate the positive, by investing our lives with compassion, loving kindness and altruism.

Image - Houses on the Achterzaan by Claude Monet

We have 2164 guests and no members online