Platinum Crystal: Since 2000, Platinum Indigos and those on the Christos Mission have come to the earth to anchor
Performing Your Online Identity: The internet, and social media especially, encourages us to perform. We record and perform our lives to
Parasitism: Everything in the Universe is energy in some form or another. Energy can't ever be destroyed only
What Does it Mean to be Proactive?: Let’s begin this article with a simple definition of our main term “Proactive.” Being proactive means that you make things
Time Is Speeding Up...: We all feel it we know time is speeding up and that is because the shift into
Solar Feminine Christ: Dear Ascending Family, This time is something we have been waiting for and working to embody for a
Worth and Convenience: Modern western lifestyles are underpinned by a notion of convenience. We’re told how much we want things
Self Ownership and Boundaries: Reclaiming self-ownership and clearing negative ego fear programming is the most important thing you can do to
The Golden Age...: To all the good people: Soon we will go to the Golden Age, we have instructions on
Trust and Joy: It occurred to me yesterday that the key to being able to find delight in life has
Black Magic or White Magic: In the proper context for comprehending that everything is made of energy, all energy is intelligent and
Transition...: We are moving to the Golden Age of the New Earth. We are not alone in the
Imagine a World...: Imagine if the work we did was primarily about making sure everyone had all of their basic
The Fall of the Archons...: These dark forces with a very dark agenda took control of Earth and took humanity hostage.They created
Precession of the Equinox: Understanding how the magnetic structure of the planet has been manipulated and how we can transform it
Abusing Spiritual Principles: We define all forms of hidden, intentional deception and manipulation, applied with the intent to control the
Reducing Plastic: The trouble with a lot of advice about reducing plastic is either it’s very basic – take
Be Prepared: As you all know it is always best to be prepared for all possibilities as often as
Human Modification: The war on human consciousness is bubbling to the surface like never before. If you are one
Making Sense of Who We Are: Have you ever had the experience of learning several things, each of which evolved completely independently, such
War Drums...: Before my “grocery store incident” that I had back in 2012 if somebody asked me where home
Fascia Crystalline Network: Dear Ascending Family, The Fascia Crystalline Network within our body has been impacted by the lower NET mutations in the
Search - Categories
Search - Content
You are here: Home

The Solstice And The Solar Eclipse
A+ A A-

The Solstice And The Solar Eclipse 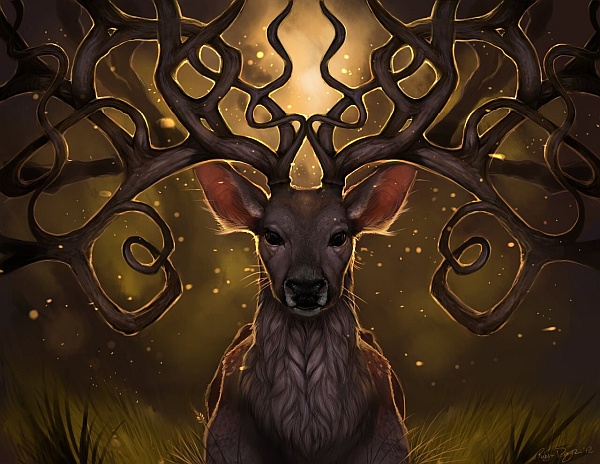 It is the season of the birth of the Sun: the coming back and bringing into fructification those seeds and plants needing Sun energy for their growth and expression ~ but it is more than that, because behind the Sun, as behind every single body, there is spirit, there is life, and there is intelligence. ~ Robert Crosbie

The Solstice on December 21st ushers us into Yuletide, the Season of light which lasts through the New Year. December 21st is the shortest day of the year in the Northern Hemisphere, when the Sun appears to stand still. For those who pay obeisance to the natural order of the world, the Winter Solstice is a special time of year. It is traditionally seen as a waking time of heart and spirit for those of us residing in the north. After this day, the Sun will pause and then gradually make its way back North again, bringing the return of the light. In the darkness before the dawn, we are confronted with our own soul’s journey, searching for that ephemeral light, either externally with the return of the Sun, or internally with our own sacred path.

Whether we seek this light through ritual, religion, community, prayer, parties, holiday lights, candles, love and embracing the wonders of nature: this time of year also symbolizes hope for renewal, for rebirth, for the light of wisdom.

This year the Solstice is then followed by a wondrous Solar Eclipse on December 26th. Solar Eclipses occur at the New Moon when the Sun, Moon and the Earth are in such an alignment that the Moon slips between the Earth and the Sun occulting its light. This is an annular Solar Eclipse, meaning that the Moon appears to be not quite large enough to eclipse the full light of the Sun, creating a ring (annulus) or halo about the Moon where the Eclipse will be visible (Qatar, Saudi Arabia, India, UAE, Malaysia, Indonesia and Singapore). For those of you who are fortunate enough to see the eclipse, its effects are said to be that much more powerful, although I am sure the influence of the upcoming eclipses will be noticed by many.

This Eclipse falls in the sign of Capricorn, a sign of stability and gradual growth. What makes this Eclipse so wondrous is its proximity to Jupiter, a planet traditionally associated with luck and expansion. It is made all the more interesting by a separating square to Chiron and trine to Uranus in Taurus. It particularly highlights the Jupiter/Uranus trine which was exact last week. This is a fortuitous transit associated with innovation, freedom and hope for something better. Jupiter/Uranus bring the desire to test your wings and branch out in a new direction. By challenging yourself to see things through a new lens you then allow all sorts of changes to evolve. It could even happen that in some area of your life, you will never see things quite the same again.

New Moons are times in which it is propitious to plant new seeds of potential, to sow intentions and affirmations, or even make some early resolutions. All the more so with an eclipse, and even more so when conjoined with expansive Jupiter. The Jupiter/Uranus transit further invests the Eclipse with this potential for adventure, a desire to grow and expand our opportunities, and the boldness to hope for something better.

As a reminder from last week, some of the things associated with the Jupiter/Uranus cycle are:

If you wish to make intentions with the Eclipse New Moon, it is best to do so after the New Moon which occurs on December 26th (12:18 AM EST; 5:18 AM Universal Time) or December 25th (9:18 PM PST) on the west coast of the United States. Some prefer to wait until they can see a sliver of a Moon just beginning to show. I prefer to do so during the New Moon phase which lasts until December 29th. I also suggest writing out your intentions by hand if you are able, as there is a distinct relationship between the hand and the mind. Once you have written these out, there are various ways of investing these: you can save your monthly intentions in a small notebook, or fold them and place them in a safe place or box. Some say they like to place them under their pillow until the Full Moon (which is a Lunar Eclipse this year!), or burn them and then release them.

Coming so close to both the Solstice and the New Year, this is an ideal time to make our New Year’s Resolutions for 2020. In addition to the Jupiter/Uranus themed intentions listed above, some Capricorn ideas to think about with the Solar Eclipse might be:

Improvement: What are the areas of your life where you would like to see some improvement or growth? Capricorn is a sign of slow, but deliberate growth. Having a plan, and creating a strategy are key for this sign. Where do you see yourself heading 1 year from now? What would you like to see accomplished in the next year?

Self-improvement: One of the most common New Year’s resolutions is to lose weight, exercise more, or be healthier. Ideally, positive affirmations and resolutions are more likely to gain ground. But one advantage to making resolutions during Capricorn season, is that this is a sign of discipline, organization and determination. Think in terms of what is realistically and rationally achievable, and then set your goals and follow through with them. Another key to Capricorn is that slow and steady wins the race. It’s more about lifestyle changes that you know you can live with, rather than imposing unrealistic expectations or limitations that are doomed to fail before they even begin.

Planning: As mentioned having a strategy and a plan are key for Capricorn. That includes learning how to manage your time, organize your priorities, and having the foresight to know when is the best time to launch any new initiatives in the upcoming year.

Commitments: What do you see yourself committing to in 2020? What would you like more of in your life? What would you like less of? Sometimes those things that we take for granted, that are right there before our very eyes, are the very things that will bring us the most happiness and rewards. That is one of the secrets to working with Jupiter in Capricorn, is the humility to honor the small things as well as the grand, recognizing that it is the small steps that lead us where we eventually want to go.

Learn a new skill, or try something new: Jupiter wants us to grow and expand our vision in some sort of illuminating way. May we all dare to make our world just that much bigger and brighter in some meaningful, and exciting way.

The Creator - In An Instant

The Trees Blessed You - The Grandmothers

We have 1766 guests and no members online