Astrology in the Age of Covid-19

The Stillness Where Polarity No Longer Exists 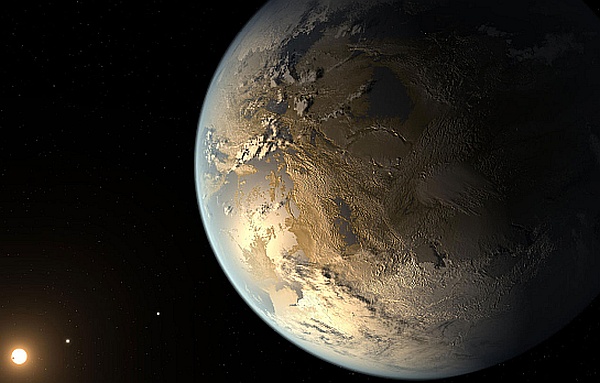 Happy New Year. It feels we are on the edge of a precipice looking out on the New World before us and the powerful cosmic events of this year are opening the pathway ahead.

The essential question for the time ahead is how will be stay grounded, in our power and authority and open hearted in an increasingly polarized world?

The big news I’m most in resonance with is around the powerful cycle of Venus and Pluto which begins the year. Taking the New Moon in Capricorn on the 2nd January as a blueprint we have Venus conjunct Pluto 14 days into her 40-day retrograde. Venus sets as Evening Star on the 3rd January. We also have Astraea Goddess awakening the New Golden Age and Juno Goddess of the Sacred Marriage gathered around them. Mercury is just entering Aquarius and Jupiter just entering Pisces crossing the Moon’s nodes at 90 degrees and all these events indicate a radical shift in expanding awareness.

We are still in this rare event called the Kala Sarpa Yoga where an intense amount of karma is being cleared – one manifestation of this is unexpected illness coming about and I actually lost a friend to death at Winter Solstice as it began. All seven planets and all the main asteroids apart from the Healing Goddess Hygeia are to one side of the moon’s nodes. My inner vision reveals a great cosmic serpent swallowing us whole and incubating the new cycle to come. Hygeia is playing a key role being on the outside and her symbol is the ancient Caduceus.

The vital point of conception for this New Cycle takes place on the 9th January 2022 in the Inferior conjunction of Venus and the Sun at 18 degrees Capricorn 43’ which is Gene Key 54.4. It has a Shadow of Greed, the Gift of Aspiration and Siddhi of Ascension.

This Gift of Aspiration is therefore one of the simplest ways we negotiate the way forward. In order to have aspirations we must have hope, and so my prayer is that through my Astrology I may play a small role in saying there is a greater plan, it is unfolding and the chaos is a necessary part of the breakdown that is happening. More on that when we reach Pluto. One of the greatest issues we need to address is the healing of those ground down, feeling victimized and in despair who have lost hope.

Ra Uru Hu the Founder of Human Design channeled the Rave iChing, a modern version of the Ancient iChing which while still brilliant speaks a language that often no longer reflects how we live today. He refers to 54 in the Line 4 a mutation key unique in the whole zodiac

This evokes for me Stillness as another key energy to work with this year. It is in the Stillness where polarity no longer exists that karma is burnt off and Divine Justice brings all things into a state of Perfection.

Jamye Price, an exquisite Light Language facilitator last year spoke of a geometric shape called the Tesseract which pulses creation. I perceive this shape to hold the essence of this new conception and within the center a stable Chariot of Fire. This is a link to her article.

On 9th January Juno who represents the sacred balance of masculine and feminine forces will be conjunct Venus and the Sun and Vesta the Priestess will be crossing the Galactic Centre. All along as the chaos accelerates, we see the Goddess Asteroids at work creating the new forms.

The rebirth and rising of Divine Feminine Wisdom will be a big theme for this year. The Priestess archetype carries many deep collective fears and wounds from the persecution of women in spiritual positions such as oracles, plant medicine, midwifery and many, many other spheres. Now we are gathering to work together to heal these wounds so we may play a vital role in midwifing the New Earth.

Let’s talk about Pluto next and this is all made even more important in that it is the USA’s Pluto Return this year exact on 22 February 2022. Recently I was watching a podcast with Melanie Rheinhart and she mentioned an Astrologer from days gone by called Isabel Hickey who wrote a pamphlet called Pluto or Minerva? The Choice Is Yours. I got goosebumps as she talked about how Isabel intuited back then that Pluto was a binary system and Minerva its highest aspect. This sent me on a trail of looking into Charon which is indeed now considered to be a the only binary planetary system in the Solar System. Its binary nature causes a lot of chaos and its Moon Nix behaves in a very unpredictable way. However, there is a higher intelligence beneath the pattern preventing the moons bashing into to each other.

My research coincided with watching two new documentaries on Netflix about the extraordinary mathematician Mandelbrot and the discovery of fractal patterns – I feel these 2 things are very much connected. As Pluto’s chaos which we all know as Astrologer’s well shakes up our lives and turns everything upside down there is the possibility to perceive a higher truth unfolding. What is rising in the world is Divine Feminine Wisdom and we know in eons past this wisdom brought advanced civilizations along with healing, music, dancing and arts into the world. Minerva was an Etruscan Goddess from Italy and in Britain she appears as Sulis Minerva at Bath a Goddess of Wisdom and Water.

In this Venus cycle, so heavily influenced by Capricorn, we will witness a Rebirth but it will be subtle. It’s likely those whose subtle awareness is dulled down may not even perceive it and there will be a lot of fear continuing as we have experienced the last few years. But beneath all that something good and beautiful is happening, a fresh and innocent way of being is being born. The karmic slate is being wiped clean so until April when the Kala Sarpa finished things will be very intense. Capricorn is called the sign of the Third Rebirth where Spirit reaches fully and deeply into Matter. We also call this Embodiment. The breakthroughs will not come through the intellect, they will be felt deep in the body’s grace and experience and in ceremony, togetherness, music and dance. This is where the alchemical magic will occur and where the joy will be bounteous.

The USA Pluto return will take place in Gene Key 60.1 with its Shadow of Limitation, Gift of Realism and Siddhi of Divine Justice. Here we have another important gift here Realism that can be utilized. Capricorn asks us to be grounded in our ideals and visions taking one step at a time. The image of a Mountain Pilgrimage comes to mind – there will be effort involved in staying on track and keeping going towards our hopes and dream. The Mudra for Gene Key 60 is called Shuniya or the Void and it is here again in stillness that all will come into a new and perfect form as the old dies away.

America is a very interesting country because it was founded on a very positive dream, and here it is either able to be rebirthed in the new cosmic energies or decline as many empires before it have done that seemed invincible. The key is to bring forward that which is truly valuable for humankind and to release that which harms both its citizens and others in the world.

Key Dates in the First Quarter

2nd January – New Moon in 12 Capricorn 20’ in 38.5 The Warrior of Light with its Shadow of Struggle, Gift of Perseverance and Siddhi of Honor

3rd January Venus sets as Evening Star and there is a Star Chakra Venus Moon Gate at 22 Capricorn 02’ in Gene Key 61.2 with its Shadow of Psychosis, Gift of Inspiration and Siddhi of Sanctity

14th January – Pluto moves into Gene Key 60 which is likely to accelerate the biological Mutation energies so it will be interesting to see what happens with the virus. In Human Design 60 forms a Mutation channel between the Root and Sacral with 3 which is the inner child and innocence so this playful energy will be important too. In order for karma to burn out in Divine Justice what is required is deep forgiveness and the need to let go of others repayment. This takes digging deeply into the heart at times.

22 February – USA Pluto Return begins. Pluto is conjunct Vesta the Priestess indicating her potentially very powerful role in shaping the events to come and also there is a Venus Mars conjunction all in Capricorn. At 01.00 am on this day on the West Coast Hygiea will be exactly conjunct the Moon, the only bodies outside the Karma Sarpa. This again shows how important the Divine Feminine energies will be shaping the new structures being born.

I also offer one to one Goddess Asteroid readings. Email at  for more information.

We have 1047 guests and no members online