Mercury Stations Direct
A+ A A- 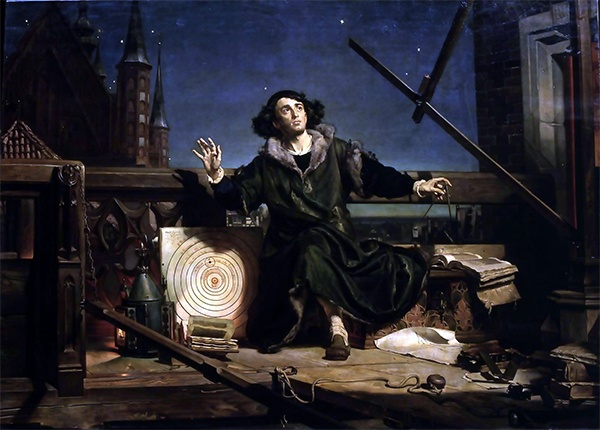 The sense of wishing to be known only for what one really is, is like putting on an old, easy, comfortable garment. You are no longer afraid of anybody or anything. You say to yourself, ‘Here I am — just so ugly, dull, poor, beautiful, rich, interesting, amusing, ridiculous — take me or leave me.’ And how absolutely beautiful it is to be doing only what lies within your own capabilities and is part of your own nature. It is like a great burden rolled off a man’s back when he comes to want to appear nothing that he is not, to take out of life only what is truly his own. ~ David Grayson

What would a more authentic, more honest version of yourself and your life look like for you? What would it mean to release what you are not, in order to become who you really, really are? And not give a fig what anyone else thinks of that.

Mercury will retrograde back to Aquarius next Tuesday (or Wednesday) for some review and perhaps some unfinished business before it will then station direct on March 9/10th. Just before it does so it will make the 2nd of 3 sextiles to Uranus, the modern co-ruling planet of Aquarius. This is not a major transit, but it can be illuminating and insightful, even as we are still in reflective mode. Although Mercury in Pisces can be quite wonderful for many things, the fantasy world, and phantasmagoria of Pisces does not sit well with the full expression of Mercury. It’s like trying to see through a heavy fog at dusk. Things often appear to be something other than what they are.

By contrast, Aquarius is a sign of sharp clarity. Mercury glories in the lightning flashes of innovative acuity found in this sign. Although we may wonder where these sudden strokes of brilliance arise when Mercury travels here, there is actually a rhyme and reason. Uranus events can often feel unexpected and surprising. But Aquarius, co-ruled by methodical Saturn, is where we see how things all fit together, like a neat and orderly puzzle having found its own unique connections. It all now makes sense, in this illuminating, cosmic way of things. And we will never quite see things exactly the same again, after all is said and done.

Mercury sextile Uranus dares us to look at things from another perspective; to consider that there may be alternatives. This is usually a fleeting transit, lasting but a day or two, however this time around we’re getting 3 passes of this transit. The sextile this coming week, is Mercury’s second pass, due to its retrograde phase. The last will be March 22nd. The sextile allows us to quickly sort things out in our minds. It is also a transit of vast creative possibility. By the very nature of Mercury being in its retrograde phase we have the opportunity to look at things from another angle. More honestly. Uranus just adds this extra illuminating quality.

Look back to early February when Mercury was previously in the last few degrees of Aquarius. Perhaps we will be revisiting and fleshing out ideas that were being briefly considered and tossed about at that time. Aquarius is a sign of innovation and cutting edge ideas. It is a sign that lends itself towards technology, invention, and the desire to improve the general order of society in some way. Mercury retrograde is asking everyone: Are you ready for a change? And are you even ready to be part of a movement for new and possibly even radical ideas and possibilities? In March, Saturn will dip its toe into the first few degrees of Aquarius, just to give us a preview of the coming trends that will be a closer reality by the end of this year. Depending on what we see, we will either be anticipating the changes that are evolving, or fearing them with great trepidation.

In the mean time, Mercury has come back to ask us to merely think in terms of possibility, not only for the sake of society as an evolving whole, but for ourselves. What would a more authentic, more honest version of yourself and your life look like for you? What does it mean to release what you are not, in order to become who you really, really are? And not give a fig what anyone else thinks of that? Welcome to Mercury slowing for its station in Aquarius.