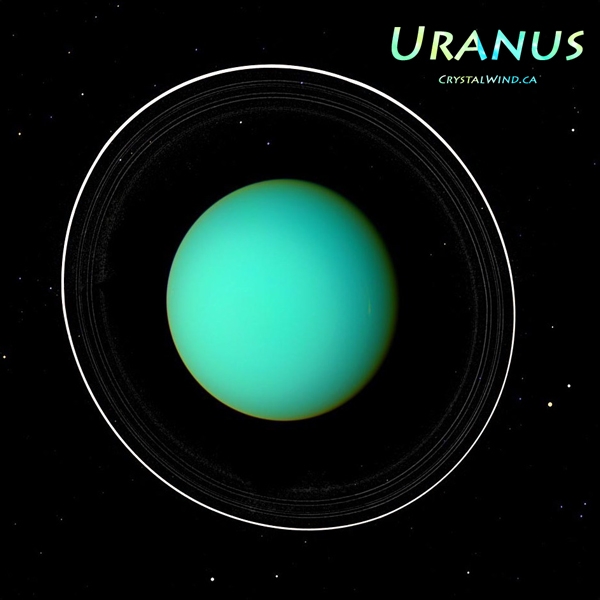 On January 18, Uranus turns stationary direct at 11 Taurus, showing major sea changes happening right now! This is the platform of our “garden of life and mind” about to show us our relationship with Nature.

I'll be composing more about the major changes of the larger spiritual field in the future, since as Uranus, Neptune, Pluto and TransPluto move, so moves the greater Transpersonal Field within which we live and breathe and have our Being. The outer planets show us the larger transformational forces within which we demonstrate our Higher Self as we stand individually and collectively at the threshold of a new era.

Uranus going direct is important since whenever an outer invisible goes retrograde or direct, it's a sea change in the collective consciousness. This larger shift begins 7:27 am PST January 18, and now Uranus again begins to retrace its steps over ground it's now covering for a third time.

Here's where the Transpersonal Individualizer again moves forward, also moving collective consciousness with it. The 11th degree of Taurus is now again irrevocably burned as a hot spot that will be triggered any time there's a transit to that point.

Past, Present, and Future Awakenings In the Spiritual Field

This point was set as "original future potentiality" when Uranus went stationary retrograde at 11 Taurus in August 2020, where we were first introduced to “our life as an exercise in cultivating our garden within the larger theme of “a new quality of Being rendering the old patterns obsolete.” We’ve had various angles of awakening to this over the past 17 months while also giving us a look at what we have and have not cultivated, and what we want to cultivate in 2022.

Uranus now resumes its forward trek, moving through its shadow zone span from 11-15 Taurus yet again, but with the advantage that we first awakened to the promise of the span between April and August 2021 which we’ve now re-traced between August 2021 and now. So we’re about to see what we’ve cared for and how we’ve cared for it.

The lessons of the entire span between 11 and 15 Taurus will be put into new forms of expression in April and May when Mercury and the Sun conjunct Uranus in its shadow zone, with new tests and experiences in June and July when Venus and Mars transit the shadow zone, conjunct the Mars/Uranus conjunction degree of January 20, 2021 at 7 Taurus, and then move on to conjunct Uranus at 17 and 19 Taurus, the latter at its SRX degree in August.

In months to come, Uranus will make its third pass of 11-15 Taurus, after which it enters unknown zones of 16 through 19 Taurus, where it goes stationary retrograde on August 24. Uranus will occupy 11 Taurus through the second week of February, 12 Taurus from February 7 to March 12, and 13 Taurus from March 12 to April 3. It occupies 14 Taurus between April 3 and 21, and then reoccupies its stationary RX degree at 15 Taurus from April 21 through May 8.

In May, June, July, and August Uranus will awaken the themes of 16 through 19 Taurus which deal with the actional and material levels of “confirmation” where we will awaken to further developments in actions which will confirm our spiritual growth. May encourages us not to rely on traditional answers to confirm new conditions of existence, while late May through mid-June tell us to mobilize all our spiritual powers to overcome the dense materiality we encounter.

Between mid-June and early July, open your “mind windows” and air out your “personality attic.” If there’s dissatisfaction or discontent, follow it to the source since you’re purifying your mind and perceptions. By early July, Uranus will occupy its SRX degree, where it will go retrograde in late August, giving us a “Uranian review” of all these themes through January 2022, when it goes stationary direct on the degree of “the man with the silk hat braves the storm,” the same degree of its retrograde station in August 2021. I have a link to that article at the bottom of this one.

The Sabian Symbol for Uranus' Station

The Sabian symbol for the 11th degree of Taurus is “A woman sprinkling flowers.” In the original notes from the Marc Jones class on the symbols published in The Astrology of Personality, Rudhyar says this degree is one of “man’s and nature’s creative partnership[ of service and beauty,” and “Nature’s rich response to man’s care or lack of care.”

In The Astrological Mandala, he goes on to say that this degree is about “development of the powers of the mind on which ego-consciousness is based.” He speaks of our “psycho-mental nature” taking form from “the fulfillment and transcendence of biological functions and drives,” where consciousness attaches itself to a “flowering expression” so our ego can develop.

The garden represents our ego which requires constant care, cultivation, and weeding so our best ego can come forth. He says this degree falls in the Span of Experience, Act of Differentiation, and Scene of Substantiation on the Individual, mental, and spiritual level.

Dr. Jones says this is a degree of “the soul’s determination to give constant and tangible manifestation of its creative powers,” and of our instinct to pour our soul into the potential which calls it. He speaks of “an easy and rewarding partnership” between us and natures, where nature rewards us profusely which matches our “inner generosity of spirit.”

He offers that as we feel “responsible for the welfare of (our) world” we reap great rewards for our interest. He offers us the keyword CARE, and states that when operating in a positive manner, this degree is “the high stewardship by which (we) build everything around (us) into an enduring organism for (our) own fulfillment.”

From this symbol we see the theme of this initial Uranus threshold state and current launch point involves seeing how Nature has rewarded our care and diligence in cultivating our “garden,” whether of life, ego, or service. We already had our revelation of the future; now we just need to continue to tend the garden of our affairs to ensure an abundant reward in 2022.

Where We Stand and What’s Coming

In those years we found a new individual and spiritual potential through a vaster view, and found a new way of using our potency and potential to play our unique part within the greater whole in the future-in-the-making. Wherever we have late Aries in our charts was where we shaped a new vision of fulfillment in 2017 which led us to know our parts to play in 2018 and 2019. We completed our Aries awakening, and are four years into our Taurus awakening related to how we individualized when Uranus was in Aries.

We can now again resume moving forward, expressing unique forms of synthesized spiritual creativity wherever we have 11 Taurus in our charts. This continues our pure Taurus awakening in its second decan, ruled by Mercury and the Moon in sectors involving the Individual, Mental, and Spiritual, as well as the actional-material levels of experience. We’ll retrace our path through “ “A woman sprinkling flowers,” “Windowshoppers,” “A man handling baggage,” “shellfish groping and children playing,” and “A man muffled up, with a rakish silk hat” from now through early May.

Now that Uranus is again "on the move," it renews its powerful pull on the tides of evolution and continues in its extraordinarily powerful “destiny shaping” biseptile with Pluto from now through early April, activated in a big way by Venus and Mars in early March when they both conjunct Pluto and make biseptiles to Uranus. By April Uranus will be back in a septile to Neptune which lasts through late July, showing the first 7 months of this year are highly irrational!

These will be very important periods in the ongoing evolution of the world and the human race specifically, given late March and early April show Jupiter conjunct Neptune and septile both Uranus and Pluto, activating three points of a “Seven Pointed Star of Destiny” with the inner planets also involved in the action! This represents “an end of the end” and “parting on the path” for all who are affected by this powerful evolutionary configuration.

We can expect dramatic upheavals and major movements in the world thanks to these nonrational “destiny producing” aspects, which will be associated with the long wave transpersonal shifts in people and nations. The coming years will substantiate awakened Divine Power both in individuals and collectivities in creative and original forms, so get ready, since we're all on a journey into “a new quality of Being rendering the old patterns obsolete.”

On a final note, since the year begins with a symbol of seeing how we’ve cooperated with Nature (or not!), and Uranus will go SRX this Summer at a symbol representing our need to purify our mind and perceptions, perhaps the next few months of “tending our garden of life and personality” will yield rewards from Nature in the months to come.

The virtue of Taurus is in its calm strength of purpose, and ability to get the job done in a slow, steady, reliable way. The revolution in human values and ways of regarding matter proceeds, with the current Aquarian pulse fulfilling that Earth energy in a greater idealism and sense of connection. By the harvests of Jupiter and Saturn over the next few years, we’ll see how we’ve made our individuality clear, both to ourselves and our world.

Here’s the August 2021 article when Uranus went stationary retrograde at 15 Taurus. In it you’ll find themes related to “braving the storm” to cultivate our personality strengths:

Here’s the August 2020 article when Uranus went stationary retrograde at 11 Taurus. In it you’ll find themes related to the “garden” we’ve been cultivating:

Here’s what I wrote in March 2019 about the Uranus in Taurus era: