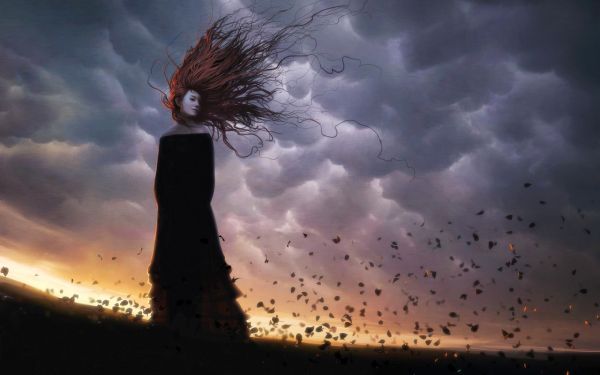 Never be afraid to speak your mind, we all have one for a reason. ~ (unknown)

There are two significant events this week. One being the retrograde station of Uranus (see below). The other is that Mars is entering Gemini this weekend (August 19th-20th). The reason why this is important, is that Mars, which usually only spends about 2 months in each sign, will be in Gemini for 7 months, all the way through March 24th. This is because Mars will be in its retrograde phase from October 30th thru January 12th, lengthening the stay of the calamitous one in the sign of communications, commuting and vehicles, for an unusually extended period of time.

Mars is not always awful. He motivates us (not as much when he’s retrograde and square Neptune) and brings us the courage to do things, like using our voices, speaking up, or energetically taking hold of an idea. We will speak to the ways we might want to navigate the retrograde phase as it approaches in October, but just know that wherever you have Gemini in your natal chart, is about to be filled with a bit more raucous activity and challenges for the next 7 months. And perhaps a little extra noise. For that is the nature of Mars, and Mars will be Mars. Even during the months (October and November) when it is square Neptune (also for an unusually lengthy time), and suffering from sort of martian malaise.

To learn more about Mars traipsing through Gemini, check out this week’s horoscopes (see the link below). But generally speaking, some of the things we can expect from Mars in Gemini are:

It is the responsibility, yet the individual choice, of each of us to use the light we have to dispel the work of darkness, because if we do not, then the power of falsehood rises… Choose confrontation wisely, but when it is your time don’t be afraid to stand up, speak up and speak out against injustice. ~ John Lewis (Across That Bridge)

We do not reject our traditions, but we are willing to adapt to changing circumstances when change we must. We are willing to suffer the discomfort of change in order to achieve a better future. ~ Barbara Jordan

On Wednesday, August 24th, Uranus will station for its retrograde phase which lasts until January 22nd. This is when Uranus will then appear to be moving backwards through the zodiac, retracing its steps. And as it does so, Saturn  will further tighten its ‘square’ aspect with Uranus over the next month. Saturn/Uranus presents the conflict between what was, with what will be; the past vs. the future; the desire to conserve, vs. the desire for progressive reforms and civil rights.

Lately Uranus in Taurus seems to be winning on some fronts. And as such it does not escape notice that Uranus has been traveling with the North Node of the Moon, a significant placement associated with our own humanitarian efforts towards evolutionary growth and progress.

Taurus is a sign of the Earth, and all things concerning the Earth, our home planet. And as Uranus moves through the sign of Taurus, it is reminding us of our responsibility towards her welfare. We could choose to ignore it, or we can strive to work with her to create healthier reforms for the planet and ourselves. This past week a landmark bill was signed into law supporting climate initiatives in the United States. Under the current circumstances this was a huge deal! So much more is still needed to be done. Just know that Uranus in Taurus is not yet finished.

During the 5 months that Uranus is in its retrograde phase, much of its experience is being focused within. This is a time of internal changes, in which we are either making sense of changes that have already occurred, are happening now, or that we might be hoping to make, or anticipating in the future.

This is when we ask ourselves:

The associations with the planet are often more apparent around the stations, whether at the beginning or end of these retrograde phases. And so we will notice a bit more commotion, as Uranus spreads its unforeseen, unprecedented and unexpected influence throughout the world. Uranus has domain over energy and power, electricity, modern technology and the world wide web. It has an association with sudden and unexpected, sometimes inexplicable events; and alternative, often progressive ideas. It is lightning quick in its expression and enlightening in its effects. Therefore there’s no telling what can arise at these critical junctures in the year.

Image: “The Blessing of Fire” by Ainslee Roberts

Q&A with Emmanuel - Listening to the Call Within

Making a Shift in Consciousness

How to Become Your Higher Self ∞The 9th Dimensional Arcturian Council

Did You Know That Empaths Are Prone To Suffering Adrenal Fatigue?

Redefinition Of Yourself - Pleiadian Message

Integrate Balance within Your Life - Goddess of Creation