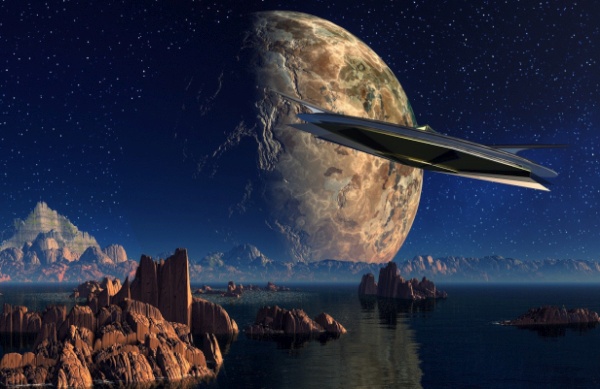 About a week ago I gave my “Predictions for 2021” presentation at the Arizona Society of Astrologers meeting. Because there was so much interest last year, I figured you’d enjoy reading my notes on the talk here at the Aquarius Papers. This is the second part of my presentation featuring the subjects in the title.

This year Pluto moves from 25 to 27 Capricorn and back, continuing to purify us wherever it transits our charts. It’s approaching its position at the American Revolutionary War, so take note of the Plutonic seeds coming forth when Mars opposes Pluto in early June, and again when it squares Pluto from 25 Libra in late October, since these are flashpoints when Plutonic energies can erupt.

Neptune moves from 19 to 24 Pisces, moving us from the material level of the dream state to the emotional and social level. Having taken a walk with our wisdom in 2020, we can use that wisdom to find what nourishes us, find a new faith and way to touch and be touched, see that we have reached a new level of existence, seen previously undreamed possibilities, and our mutual interdependence within the larger field. This year Neptune occupies the same positions it did in 1857-58.

Uranus begins the year stationary direct at 7 Taurus, finishing our awakening to “a new quality of being rendering the old patterns obsolete.” From here Uranus moves forward until it goes retrograde at 15 Taurus in August, showing that we all are embracing the ability to generate happiness in dark hours, have dedicated ourselves to a greater service, and tended the “garden of life and mind.” We can now move forward into a more cheerful yet calm individuality, mobilizing for benefit in some way while also returning to simpler joys for pleasure and revitalization as we adopt more of a live and let live attitude. It was last in this degree span in 1937-38.

Saturn begins the year at 2 Aquarius and moves forward to 14 Aquarius in the first 5 months of 2021. It then retrogrades back to 7 Aquarius, going direct in mid-October. It then moves forward to 12 through the end of the year, indicating that this year Saturn is teaching us about the greater contributions we can make to our own life, as well as the lives of others.

A major theme of the year involves the symbol “a child born from a cosmic egg,” showing the emergence of new mutations emanating from Cosmos, and not from any local condition or tradition. Based in the January and February transits of that degree, we should see new ideas, new approaches, new responses, new views, new technologies, new cooperative endeavors, and new developments in our lives and in the world beginning this year.

Venus and Mars Are NOT Retrograde This Year. How great is that?

This year Mercury again bookends the year with a specific theme, as it has the past three years. It went stationary direct at 14 Sag in December 2017, and went stationary retrograde on the same degree in November 2018. That means throughout 2018 we got signs and signals all year related to our "ancestral wisdom" or “genetic wisdom.” I certainly found my ancestral wisdom in a variety of ways related to that degree falling in my 5th house. This spiritual power of course was expanded in 2019 by Jupiter.

In November 2019 Mercury went stationary direct at 12 Scorpio, which is the exact degree it went stationary retrograde in October 2020. That means 2020 was about learning how to interact with others at a higher and more refined or spiritual approach. We learned a lot through our interactive magnetism and needed a less casual approach to some interactions.

This year we have all three Mercury retrograde periods entirely in Air signs, further accenting the Air themes in play this year and next. Interestingly, all three stationary retrograde points trine each other, as do all three stationary direct points. That will be good news for all of us with planets or points in the second and third decans of Aries, Gemini, Leo, Libra, Sagittarius, and Aquarius! Lots of reflections, returns, rehearsals, and being guided to our Soul via Air ideas, associations, and ideals.

Mercury first goes stationary retrograde in late January at 27 Aquarius, showing we will begin considering committing to or adding to something. It goes stationary direct in late February at 12 Aquarius, showing us our place on the evolutionary ladder as we look up for examples and reach down to help others become more aware, with a knowledge that some element of our past will soon be left behind.

It will go stationary retrograde in late May at 25 Gemini, giving us all a new look at how to show active care for our possessions, with a need for “pruning and shaping” our ideas and lives to reveal something of ourselves to our world. It goes stationary direct on the June Solstice at 17 Gemini, indicating that from the Solstice through the September Equinox, we’ll transform physical vitality into the power to build ideas. Many will find wisdom in deeper realities and experience a steady growth in their Gemini sector.

Its final retrograde for the year begins in late September at 26 Libra, giving us a look back at how this theme has played out in our lives since it went stationary direct in November 2020. This degree and its themes will bring reflections, returns, and insights about how we’ve learned to alternate between soft power and hard power, heart and mind, love and will during 2021. It will go SD at 11 Libra in mid-October, showing us we’ll begin to develop new ways and means of communicating with others.

Dynamic points of choice and change

If you’ve been reading my articles at The Aquarius Papers, you know the entire world has been living within an extraordinarily powerful configuration which is triggered numerous times each year, which I titled the Grand Irrationality. This involves septile series aspects made to Uranus, Neptune, and Pluto and drives the sense of “things don’t make sense” and “this is irrational.” Each of these aspects trigger choices and changes at “forks in the road of destiny” for each of us.

This year the configuration is triggered by Uranus biseptile Pluto from January through May, creating hot zones around 25-29 Capricorn, 16-20 Pisces, 7-11 Taurus, 29 Gemini-3 Cancer, 21-25 Leo, 13-17 Libra, and 4-8 Sagittarius. Expect things to get a little crazy, with important decisions and events around the last week of January, the second and last week of March, the last 11 days of April and first few days of May, and the end of May/beginning of June.

At that point, Uranus returns to a septile with Neptune, shifting the energy from a Uranus/Pluto transformational pulse to a Uranus/Neptune blending and dissolving pulse. All the zones I just gave you move forward about 6-7 degrees during the second part of the year, and that septile will last through the end of 2021.

As you know from the newsletters, I recommend that we not take transit to transit conflicts personally. Every generic conflict challenges us to express our planets in healthy ways, even though there may be massive tension in the air.

Last year I anticipated violence in mid-January due to Mars/Uranus square Jupiter/Saturn , but the insurrection and subsequent arrests which began January 6 have put the brakes (square) on the conflict for now, even though there is active rebellion both among legislators and the public. The insurrectionists will be back, no doubt. Because this is a waxing square, it’s a new beginning. Jupiter and Saturn in a waning square to Uranus activated by Mars shows us we’re in the 4th quarter of an ugly game with a new era on the horizon as Jupiter and Saturn enter the harvest quadrant of their cycle with Uranus.

Main friction points this year involve the area of 7-15 Taurus, Leo, Scorpio, and Aquarius, because Saturn square Uranus. Late April and early May activate this zone, and late June/early July is particularly intense due to Mars in Leo creating an integrative T-square.

That Mars T-square shows how to handle subsequent Leo T-squares in play in the first weeks of July and August. Scorpio transits in the third week of September, end of October, and first half of November all create T-squares with a void in Leo, so use the skills and insights of the Summer Leo T-squares as a guide for what to do and how to do it in the Autumn.

To sum it up, 2021 is a year of new vision, new ways of relating to self and others, and new collective goals and ideals. A new era has begun, and the friction of this year will help us focus our determination to follow the greater ideal now coming forth, leaving behind old stubborn ways of seeing our place in the larger scheme of things. We have entered a new 20 year Aquarian era, and a new 200 year era where we leave Earth behind and move into being more focused on Air and larger themes of interrelatedness, shared ideas, cooperation in building for the future, and a detachment from materialism and materialistic ways of looking at the world and life.

See you soon with part 3, offering a brief snapshot of the 2021 themes for all signs.

We have 1886 guests and no members online